Most White Republicans Say America Has Done Enough for African-Americans 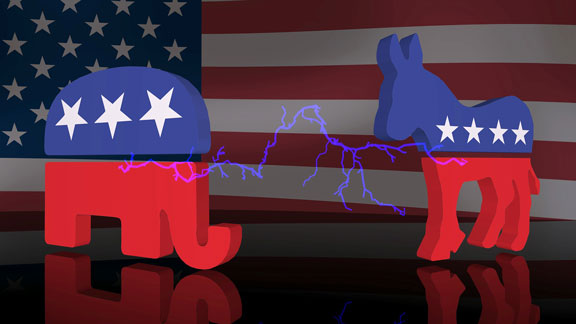 A huge gap exists between Blacks and Whites and between Democrats and Republicans as to whether America has done enough for African-Americans in the fight for racial equality.

The Grio reported, “A new Axios-Ipsos poll has revealed that White Republicans believe enough has been done for African-Americans in the fight against racism. The results come in just one year after the death of George Floyd, reported by Mediate.

“After Floyd was murdered by a police officer in 2020, his unjust death fueled protests worldwide. According to the study, 60 percent of White Democrats believe that ‘the protests in 2020 over racial injustice had a positive impact on society.’

The poll shows that 59 percent believe that more needs to be changed for African-Americans to truly have equality.

On the other hand, 39 percent believe that America has already done enough as it pertains to racial equality.

The racial breakdown shows a stark divide about equality with 48 percent of White Americans believing America has done enough in its quest for racial equality.

Some people blame the differing views on the rhetoric coming from Republican Party leaders over the past few years.

Many Republican politicians have denied that systemic racism exists in America.

Furthermore, during the previous administration, many GOP leaders condoned the rhetoric of former President Donald Trump that some labeled as incendiary, divisive and racist.

Additionally, the Associated Press reported that some of former President Trump’s fiercest supporters have considered forming a new group that would champion “Anglo-Saxon political traditions.”

Many minorities have called new restrictive voting measures, hailed by Republicans to stop alleged voter fraud, as discrimination and voter suppression aimed at people of color.

The Associated Press reported, “The moves reflect a stark reality: As America grows more diverse, the Republican Party continues to be led almost entirely by White people, particularly men, who cater to an overwhelmingly White base. And despite fierce criticism from civil rights leaders and growing concern from business leaders who are traditional allies, many Republican leaders see no problem.”

Civil rights leader Martin Luther King III said, “It’s unfortunate that more in the Republican Party are not willing to stand up for what I would define as creating a more just and humane system. It makes you wonder if they really care.”

Nevertheless, experts say that the Republican Party might not be as unpopular amongst minorities as some might believe.

Although final data is not complete, many political pundits believe that Trump did better with Latinos and African-Americans than his more traditional Republican predecessors.

However the Associated Press said that voting restrictions could negatively impact the perceived inroads that the GOP has made amongst African-Americans.

The Associated Press wrote, “The continued Republican resistance to African-American priorities on voting and policing could threaten any modest progress the party has made with voters of color. But more than that, the GOP could further alienate the larger swath of suburban voters—many of them White—who have turned sharply away from Trump’s party.”

Although many in the Republican Party have denied the existence of systemic racism, White privilege and police brutality impacting African-Americans more than White people, the GOP has tried to appeal to the African-American community by elevating Sen. Tim Scott (R-S.C.) to a place of prominence.

Despite attempting to reflect modern America, Republican leaders have had to deal with more controversy as it pertains to their feelings about minorities in the form of Rep. Marjorie Taylor Greene (R-Ga.)’s comments that compared Americans wearing masks because of the coronavirus to the way Nazis treated Jews during the Holocaust.

Furthermore, the Republican Party has faced criticism from many in the African-American community for their efforts to get critical race theory removed from classrooms across the country.

Many Republican members of congress have stated that teaching critical race theory, which includes discussion of systemic racism in America and White privilege, would make White schoolchildren feel guilty.

Some have even said that teaching critical race theory teaches a hatred for America.

On May 14, RegalMag.com publisher Todd A. Smith wrote, “To put it bluntly, critical race theory does not teach a hatred for America.

“The theory will teach children to hate racism, discrimination and oppression.”

However, many Republicans believe that such racism, discrimination and oppression does not exist in American anymore.