Masters to Honor Lee Elder in 2021; Augusta National to Create Scholarships in His Honor 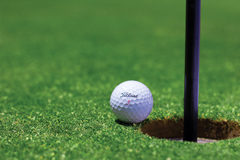 The Masters golf tournament is taking place this weekend in Augusta, Ga.

The premier golf tournament, happening this weekend, recognized Lee Elder as the first African-American to participate in the tournament, 45 years after he accomplished that trailblazing feat.

Fred Ridley, Chairman of Augusta National Club (home of the Masters) said, “At age 40, playing in the 39th Masters, Lee delivered a simple but strong message that resonated throughout the world. That message was unequivocal: ‘I belong.’ The courage and commitment of Lee Elder and other trailblazers like him inspired men and women of color to pursue their rightful opportunity to compete and follow their dreams. But in reality, that opportunity is still elusive for many. We have a long way to go, and we can and we must do more.”

Ridley has taken that responsibility to do more to heart because he announced that the Augusta National Club would establish scholarships in Lee Elder’s name at Paine College, a Historically Black College and University (HBCU) in Augusta, Ga.

The Masters will also make Lee Elder an honorary starter at the 2021 Masters.

Elder admitted that he shed a few tears after receiving the phone call about the recognition and the scholarships.

“It was such wonderful news,” Elder said. “It’s something that I will cherish for a lifetime.”

USAToday.com reported, “Elder broke the color line at the Masters in 1975 after winning the 1974 Monsanto Open in Pensacola, Florida. Prior to that, he was forced to change clothes in the parking lot because members wouldn’t allow him into the clubhouse and played a tournament in Memphis with a police escort after receiving death threats.

“Early in the week at the 1975 Masters, he was denied service at an Augusta restaurant. When Dr. Julian Scott, president of Paine College, learned of the slight, he called Elder and said the school’s chef would be at his disposal and invited him to eat meals on campus. Thus began Elder’s long association with the school.”

Despite the racism that he endured, he still remembers the experience fondly.

“The shaking just starts when you turn off of Washington and get to the gate,” Elder explained with a smile.

His best finish happened in 1979 when he tied for 17th place.

Augusta National had a reputation of excluding racial minorities and women for years.

Therefore, it has not fallen on deaf ears that Augusta National would honor Lee Elder, and provide scholarships at an HBCU, in a year in which America discovered that the racial divide was just as wide as ever.

Ridley said, “There’s been a lot said about racial justice and opportunity, and our question was not so much what can we say, but what can we do.”

The scholarships at Paine College will allow men and women golfers to compete competitively on the collegiate level.

Paine College has fielded a men’s golf team since 2005.

However, the women’s golf team will build a program from the ground floor.

The details of the scholarships have not been fully developed.

But Augusta National will fund 100 percent of the scholarships.

According to Paine.edu, “Paine College is a private institution steeped in the tenets of Methodism that provides a liberal arts education of the highest quality. The College emphasizes academic excellence, ethical and spiritual values, social responsibility, and personal development to prepare spiritually-centered men and women for positions of leadership and service.”

Ridley added, “We would like to thank our friends at Paine College, especially President Dr. Cheryl Evans Jones, who immediately embraced the idea of honoring Lee Elder together.

“Through this partnership, we look forward to further cultivating our relationship with Paine College, helping the school create its first women’s golf program and celebrating Lee Elder’s distinguished legacy through these scholarships.”

Other honorary starters at the 2021 Masters will be Gary Player and Jack Nicklaus.

“Mr. Elder’s participation in the Honorary Starters Ceremony next April will recognize his courageous life and commemorate all he has done in his career to help eliminate barriers and inspire Black men and women in the game of golf and beyond,” said Ridley.

“We hope that by having him serve as an Honorary Starter for the 2021 Masters that he can be joined at the first tee by family, friends and patrons for a moment that will be treasured worldwide.”

Lee Elder said, “The opportunity to earn an invitation to the Masters and stand at that first tee was my dream, and to have it come true in 1975 remains one of the greatest highlights of my career and life.

“So to be invited back to the first tee one more time to join Jack and Gary for next year’s Masters means the world to me.

“It also gives me great pride to know that my first Masters appearance continues to make a positive impact on others. Throughout my career, helping young men and women achieve their dreams through education has been a cause close to my heart.

“I am deeply honored to share a connection with Paine College and these scholarships, which will provide life-changing opportunities for the deserving recipients.”