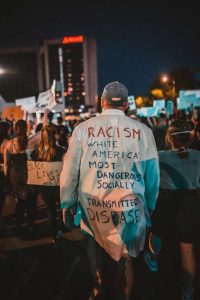 On Monday, Payton Gendron, 19, who killed 10 Black people at a Buffalo, N.Y. supermarket, pleaded guilty to the crimes, which included murder and hate-motivated terrorism charges.

Gendron’s plea guarantees he will spend the rest of his life in prison.

Brian Parker, Gendron’s lawyer, said, “This critical step represents a condemnation of the racist ideology that fueled his horrific action on May 14. It is our hope that a final resolution of the state charges will help in some small way to keep the focus on the needs of the victims and the community.”

At the 45-minute hearing in which Gendron entered his guilty plea, he appeared in an orange jumpsuit.

Without showing much emotion, Gendron responded “yes” and “guilty” when the judge named each victim while asking Gendron if he had killed each victim because of their race.

Many immediate family members of the victims appeared in the court room, joined by Buffalo, N.Y. Mayor Byron Brown and the city’s police commissioner.

Immediate family members could be seen wiping away tears and sniffling.

Urging calm because of the tension surrounding the hate crime, Judge Susan Eagan said, “I understand this is a momentous and tremendously emotional event.”

Erie County District Attorney John Flynn called it “swift justice,” when speaking on the fact that the Gendron case is the first time anyone in New York state has been found guilty of hate-motivated terrorism charges.

The Associated Press reported, “The plea comes at a time when many Americans have become nearly desensitized to mass shootings. In recent weeks, there have been deadly attacks at Walmart in Virginia, at a gay club in Colorado and at the University of Virginia.

“Just days after Gendron’s rampage in Buffalo, a gunman killed 19 children and two teachers at a school in Uvalde, Texas.

“Gendron previously pleaded not guilty to separate federal hate crime charges that could result in a death sentenced if convicted. The U.S. Justice Department has not said whether it will seek capital punishment.”

The mass murderer used an AR-15 style rifle, which he legally purchased, in his hate-filled attack at Tops Friendly Market in Buffalo, N.Y.

Gendron even wore body armor, while livestreaming his murder spree on social media via a helmet camera.

The 19-year-old murderer said he was motivated by the conspiracy theory called White replacement theory, which believes that people of color are replacing White people in America.

Replacement theory is often preached by conservative media pundits who push the belief that White people are losing power to minorities as the country becomes more racially diverse.

The Associated Press reported, “White supremacy was Gendron’s motive. He said in documents posted online just before the attack that he’d picked the store, about a three hour drive from his home in Conklin, New York, because it was in a predominantly Black neighborhood…

“Gendron surrendered after police confronted him as he emerged from the store.

“Relatives of the victims have since called on Congress to address White supremacy and gun violence.”

The victims included an armed security guard who confronted the killer, a church deacon and the mother of a former Buffalo, N.Y. fire department commissioner.

“In just over two minutes the defendant, with the intent to murder as many African-Americans as he could, killed 10 innocent Black people and attempted to kill three others,” Flynn said at a press conference after the hearing.

CNN reported, “Social media posts and a lengthy document written by the gunman reveal he had been planning his attack for months and had visited the Tops supermarket several times previously.”

Gendron even apologized to a White shopper at Tops when he pointed his gun at the shopper.

He chose not to shoot the White shopper.

“The racist murderer did not fulfill what he set out to accomplish. He failed. He failed miserably because today this city, this community, is stronger and better than it ever was, and we have shown the world that racism has no part in our community,” said Flynn.

Despite many people praising the outcome of the legal proceeding, some family members have criticized the judge for allegedly treating Gendron sympathetically.

“I was angry how the judge was constantly talking to this (suspect) like he was a little prepubescent sixth grade boy. I was angry that they didn’t have him look at the family of the victims’ faces that he scarred for life,” said Mark Talley, 33, the son of murder victim, Geraldine Talley.

Zeneta Everhart, the mother of Zaire Goodman who was shot in the neck and wounded by Gendron but did not die, said that the murderer spoke too nonchalantly about his crimes.

Civil rights attorney Ben Crump said that although Gendron will spend the rest of his life in prison, he fulfilled his desire to kill as many Black people as he could.

Crump said, “Even though I know this is a step in the right direction in our journey for justice, it still is very painful that the goals that he had set out for, he seems to be accomplishing.”