Time for African-American Community to Get ‘Woke’ About Suicide 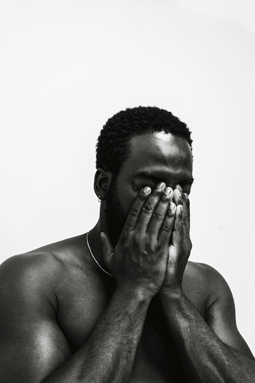 Totally removing the stigma of seeking mental health help is crucial to decreasing the suicide rate in the African-American community.

Get ‘Woke’ About Suicide

“First Sunday in 42 years without my Freeda,” former heavyweight boxing champion George Foreman said after the death of his daughter, Freeda Foreman.

“Atascocita EMS were at the home and determined the woman, Freeda George Foreman, was deceased,” the police said. “Harris County Sheriff’s Office Homicide investigators also responded to the scene. Preliminary indications are that the cause of death is an apparent suicide. A final determination on the cause of death will be made by the Harris County Institute of Forensic Sciences.”

Back in the day, suicide in the African-American community did not happen or did not get discussed.

Many saw suicide as showing weakness.

Many saw suicide as an unforgivable sin in the eyes of God.

And many saw suicide as a White problem.

Well, African-Americans and White Americans, along with people of all races, have a suicide problem.

The problems that lead to someone taking their own life are a human condition, not a racial or cultural condition.

With the apparent suicide death of Freeda Foreman by hanging, suicide and depression needs to continue getting discussed in the African-American community without the shame, ridicule and taboos of the past.

While White Americans commit suicide at a higher rate than African-Americans, attempted suicide by African-American teenagers is higher than that of their White counterparts.

Furthermore, suicide for children under the age of 13 is higher in the African-American community than in the White community.

“Suicide rates in the United States have traditionally been higher among White than Black individuals across all age groups,” said a report in the journal, JAMA Pediatrics. “(However) analyses revealed that the suicide rate among those younger than 13 is approximately two times higher for Black children compared with White children, a finding observed in boys and girls.”

Still, experts caution that suicide is rare amongst children.

Based on reports by the US HHS Office of Minority Health, “Adult Black/African-Americans are 20 percent more likely to report serious psychological distress than adult Whites.

“Adult Black/African-Americans living below poverty are three times more likely to report serious psychological distress than those living above poverty.

“Adult Black/African-Americans are more likely to have feelings of sadness, hopelessness, and worthlessness than are adult Whites.

Furthermore, MentalHealthAmerica.net reports that, “Black/African-Americans of all ages are more likely to be victims of serious violent crime than are non-Hispanic Whites, making them more likely to meet the diagnostic criteria for post-traumatic stress disorder (PTSD). Black/African-Americans are also twice as likely as non-Hispanic Whites to be diagnosed with schizophrenia.”

Despite those grim statistics, suicide rates among African-Americans remain relatively low as a whole.

Many experts believe that in order for the number of African-American children attempting suicide to decrease, the stigma of getting mental health help needs to fall by the wayside.

Lawson believes those deaths did not get reported as suicide because suicide was stereotypically a sign of weakness in the African-American community.

Many see the trend of higher suicide rates among young African-Americans as not surprising considering all of the socioeconomic struggles that the community often endures.

“It’s access to care, and all the usual factors that lead to poor (health) outcomes [for African-Americans],” said Lawson, a psychologist and professor at University of Texas-Austin Dell Medical School. “[Those include] limited resources, increased risk of homelessness, (unprepared) young mothers, risk of violence—all the factors that are known to be important to our community, and now are impacting young people.”

Unfortunately, many in the African-American community do not seek professional help, instead confiding in family, friends and clergy to deal with mental health issues.

“We need more school and mental health programs that help to identify the early signs of stress that kids are struggling with, that might be precursors to suicidal behavior,” said Lindsey.

For young African-American males, Lindsey says the definition of masculinity needs to change.

“Masculinity is not defined by strength and being strong and not crying,” Lindsey added. “Indeed, masculinity is defined by having a range of emotional expression, and that boys feel comfortable in sharing their pain and asking for the support that they need.”

If the culture changes, and mental health becomes less taboo in the African-American community, than countless families like the Foreman’s might not have to endure the pain of losing a family member to suicide.