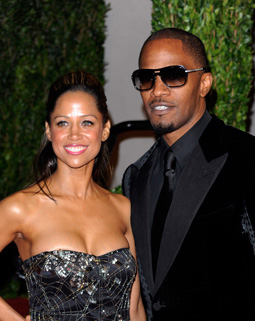 The Elephant and the Donkey=Incompatibility?

According to the dating site WhatsYourPrice.com, Republicans are more often to lie about their political leanings than their Democratic counterparts when dating.

The poll results showed that 57 percent of Republicans would lie to their date about their GOP affiliation, while only 18 percent of Democrats would lie.  The poll consisted of 70,ooo respondents, 34 percent Democrat, 27 percent Republican and 39 percent other.

“It’s one thing to privately show one’s support when voting but when it comes down to impressing a date, Republican singles aren’t standing with their party,” said Brandon Wade, founder and CEO of WhatsYourPrice.com.  “The conservative stance on many social issues, such as gay rights and contraception are quite controversial, so it’s no surprise many singles would be tight-lipped about their affiliation especially early on in a relationship.”

But in a world where it is difficult to find someone to spend the rest of your life with, should inter-political dating really be a no-no even if those political differences run deep?

“I’ve dated liberals, conservatives, and libertarians, and as far as I can tell there is absolutely no correlation between one’s political views and one’s potential as dating material, Megan McArdle wrote in The Daily Beast.  “The most self-centered, uncompassionate jerk I ever dated was a Democrat, and the one with the greatest difficulty keeping a job was a Republican…

“It’s hard enough to find someone who is attractive, good to you, fun to be around.  Why on earth would you make it harder by refusing to consider anyone whose opinion on the relative merits of national health care programs differs from yours.”

However, some view political beliefs as just as important as religious beliefs, thoughts on children and thoughts on sex, therefore making inter-political dating unthinkable.

In TheWire.com, Jen Doll wrote, “When I was a kid…my dad informed me that there were certain crucial points of agreement for any relationship…like religion, having children (and perhaps how many), how you hoped to raise those kids, money (the sort of life you hoped to have and ambitions to get there), sex…and politics.

“When you’re looking for someone to date and maybe fall in love with, you want someone who shares a certain set of values, simply.  And politics, or how you want to vote and why, the things you believe in terms of the future of America, women’s rights, health care, the economy—these are all pretty big things, big things to agree or disagree on.”

However, Hannahmae Dela Cruz, public relations manager for WhatsYourPrice.com, disagrees that religious differences should matter, especially when it comes to raising children.

“It is possible to raise a child in a household with opposing beliefs,” said Dela Cruz.  “The most important thing is to teach your child to respect the point-of-view of others even if you do not agree with them.”

On “The Daily Show” in 2015, Jessica Williams did a report on inter-political dating and marriage and profiled a couple, which consisted of a liberal Democrat and a conservative Republican, who have had a great marriage for over 35 years.

So maybe inter-political dating could work?

Political differences exist at work, in church and amongst friends so why wouldn’t inter-political dating work?

Stacey Ritzen of Uproxx.com jokingly wrote that such unions would result in the reproduction of moderate children and the world definitely could not condone that.