Can Male, Female Friendship Last After One Enters Relationship? 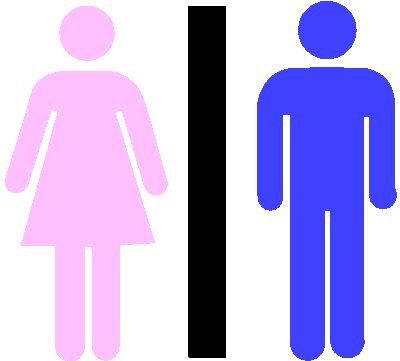 In order for a close cross-sex friendship to last, clear boundaries have to be set.

This hot button topic is very touchy. It is a debate that seems to never end, or completely make sense to most.

When trying to define male and female friendships, it usually stirs up different sets of questions.  Can men and women just be friends? Should men and women, who are close platonic friends, expect their friendship to end once either of them is in a relationship?

In today’s dating world, there is a small quantity of male and female friendships on display, which makes it hard to believe that men and women could be “just friends.”

Secondly, it has also created a lot of controversy on whether or not feelings can develop over time in male and female friendship.

Although cross-sex friendships can be tricky, both can benefit from a platonic relationship and make it work.

Many people have mixed feelings towards the possibility of having a friendship with the opposite sex, let alone having it while in a relationship.

However, male and female friendships can sometimes provide a window of opportunity to see things from the opposite sex’s point of view.

They are looking from the outside in, with a special way of pointing out your own mishaps.

There must be a very clear line and transparent understanding of the male and female friendship.

If you go about things blindly then, yes, you will have a friend acting like a “neglected lover.”

It must be the type of relationship where there are boundaries in place to assure that there will be no “tip-toeing” on the marble floors.

With all of that being said, do you still think male and female friendships can work?

Olu Michael, TECH OPS Analyst II at JPMorgan Chase said, “Yes, but it depends on the nature of the relationship. There has to be no sexual tension/attraction whatsoever.”

Houston actress Rashia L. Whitlock stated, “I believe a man and a woman who are strictly friends without any sexual agenda or intent of getting romantic can make it work.”

When one or both party is in a relationship

Can a close cross-sex friendship last when one or both are in a serious relationship or marriage? How do you react when a friend of yours settles down and finds a significant other? After all, a man and a woman can be friends, right?

In most cases, a fresh new relationship can easily fizzle if there is not enough security within the significant other’s part.

Senior Producer, Digital Media KHOU.com, Nakia Cooper said, “Yes, I have male friends that I will never sleep with, and I don’t care if they have a girlfriend or not. Chances are I will be around after she is gone.”

It is what it is

All in all, I would do what works for you. Either you can be in a platonic relationship, or not. It does not mean that it will not work.

Despite the complexities that surround cross-sex friendships, it is something that may work with a little insight and observation.

As long as boundaries are drawn ahead of time, it will save both parties the trouble and energy in the long run.

But if you are the type that can handle cross-sex friendships, you are in for a treat.

There is nothing like having someone in your corner that can bring you back to Earth, even though they may come from a “different planet.”

However, focusing on every friendship as a conquest can be unhealthy. If you suffer from this habit, you may want to reevaluate the type of friendship you want.