Open Marriages Open For Some, But Not Others 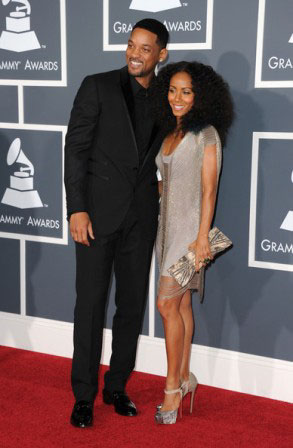 It appears that open marriages are what is “hot in the streets” now for 2012.

It is not a surprise that the thought of sexual freedom while being in a relationship for most people is unrealistic. But if we look deeper in today’s relationship model, one may see that the “let’s get married and never have sex with anyone else again” mold doesn’t quite fit for some people.

I am most certain that you have either seen your favorite celebrity, a family member, friend, or maybe a social media friend in an open relationship at some point. This taboo topic is one of the hottest discussions you can find at work, church, Facebook, and so on.

Needless to say, are we even surprised to have this conversation in 2012?

So where does one get the interest or idea of having an open marriage?

Although this typical question can be answered in many ways, one might say that being “comfortable” plays a substantial role. In this case, both men and women who are non-monogamous avoid complacency as if it were the plague.

It is a bittersweet part of a relationship that we all go through from time to time, but as relationships persist one can become noticeably dissatisfied with it.

The idea of having sex with the same person for the rest of their life, having a routine, or solely one partner just doesn’t cut the mustard for some people.

One may get to a point where they feel their relationship is being held together by idleness alone. Once that happens, partners begin to take each other for granted and are doomed between staying faithful or stepping out.

This would make one wonder if they would have open marriages to avoid being cheated on or left behind?

Academy Award winner Mo’Nique has openly subscribed to an open marriage with her husband Sidney Hicks. Mo’Nique stated in an interview with Barbara Walters, “That’s not something that would be a deal breaker because we’ve been best friends for over 25 years and we truly know who we are. Often time’s people get into marriages and they don’t know who they’re laying next to. I’m very comfortable and secure with my husband.”

Both Will Smith and Jada Pinkett-Smith have also been upfront in the past about their open relationship and how they maintain each other’s love.

Will stated in an interview, “If it came down to it, then one can say to the other, ‘Look, I need to have sex with somebody. I’m not going to if you don’t approve of it, but please approve of it.’”

Even though it is much easier to look outside for excitement, one may declare that not placing restrictions on a person is naive, misguided, and potentially dangerous when it comes to your health, home life, and professional life.

If you are strongly innovative, why don’t you put that “oomph” into the existing relationship for endless inner and outer exploration and excitement?

Mechanical engineer Eli Mata describes open marriages as toxic. “When you really care for another person, there is no way you are going to want to share them with somebody else.”

Mata is committed to the love of his life Liza Figueroa who just so happens to be a chemical engineer. Figueroa agrees with her man in that open marriages simply do not work.

“In my opinion that is not a relationship, just a recipe for disaster.”

University of Houston graduate Alvin Hollinger states, “Open relationships are the same thing as hustling backwards. No one wants to feel like they are not putting it down right both physically and mentally.”

Hollinger is engaged to his longtime sweetheart, Kijie Waddell who states, “Open relationships are the deal breaker of all deal breakers. That is something that can really emotionally damage a human being. Why not just be friends with benefits?”

As a man that loves having sex with different women, I would never like the idea of my woman having sex with another man. But if you think you are up for that kind of lifestyle, do you. But be advised you must both be with the right kind of person and also have clear ground rules laid out.