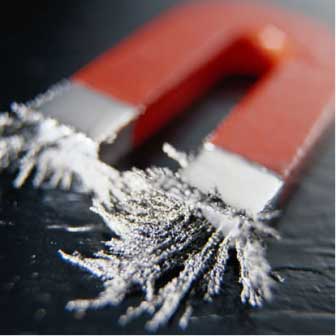 When you know what you’re looking for in a woman, it makes a powerful statement towards who you are and the type of woman you want.

It also helps filter the women that can waste your time and energy in pursuing female attraction.

In contrast, knowing what you want sometimes can still be hard to understand.  I believe this is a result of how female attraction differs from male attraction; and that alone can be more confusing than Japanese checkers.

Although many women do have preferences when it comes to looks, most women desire a man that has the same core energy as they encompass.

So when you are trying to attract that special lady, understand that both energy structures should vibe together in order for female attraction to exist.

For example, Texas Southern University senior Shanelle Hilts states, “When it comes to female attraction my mantra has always been, ‘you must first be that of which you seek!’  I have standards because I know my worth.  I seek a man who possesses the same attributes and aspirations as myself.

“(For) example, you want a baller?  Are you balling?  You want a man with a six figure salary?  Do you have a six figure salary?  Ideally it would be nice to have a man who has more, but I don’t seek things out.  I’m attracted to the approach.  Initially there is some kind of physical attraction, but it’s what is then spoken that can either make or break the start of something good!”

Even if you’re physical game is on point, your energy will determine whether you will attract the women you seek or settle for what you can get.

Several men try to attract women who compensate for what they don’t have such as security, wealth, or mental stability.  As a result, they usually end up with someone that is exactly like themselves and become unfulfilled.

This in itself leads to the type of frustration that makes a man second guess himself.

Think of energy as the kind of vibe you send out towards women.  Once you have done so, it will be easier to see things clearly if you are honest.

As the law of attraction states, you are what you attract.  If you keep things positive, you will receive positive results.

Developing the right energy is the ultimate skill needed to master female attraction.  If you are having trouble in this department it is a good idea to brush up on self help activities that will help you attract the right women into your life.