Time is Now for HBCUs to Award Campus Kings 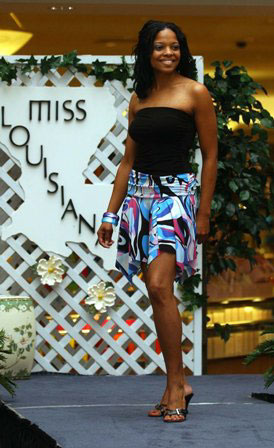 What are Campus Queens without Campus Kings?

Isn’t she beautiful, taking center stage as her jewels glisten, her smile sparkling, and her tiara “blinging” as she is received by her royal court? Then she floats down the aisle on a heavenly cloud of pageantry. She is the reigning queen. But where is her king? Where are HBCU (Historically Black Colleges and Universities) campus kings? Shouldn’t a queen have a king by her side? Where is the male counterpart that represents something beautiful, promising, and honorable as she does?

At some colleges, it appears to be way more emphasis on campus queens than there is campus kings. This may be an indication of practices and trends outside college campuses. For instance, weddings tend to be all about the bride and her “big moment.” What about the groom’s big moment?  In African American culture, in particular, a great deal of concern is raised in reference to a considerable amount of Black women who have never been married nor have any prospects of marriage well into their thirties. Therefore, the Black man, as a husband, is not in the picture. Are HBCU’s emphasis on matriarchal royalty a microcosm of the Black community when it comes to campus queens and campus kings?

Terronce, Student Activities representative of Morris Brown College, was able to shed some light when asked why campus kings are missing from most campuses. “I think we will have one at some point down the road,” he said confidently. “There’s a lot more to it than what people think. We just can’t pick a guy to be campus king. We have to identify him first. We have to look at grade point average and credibility, and make sure his image is one that best represents our college. The tradition of campus queen is held to such a high standard, it’s only fair that the campus king is matched. That means additional budgetary factors that include perks, scholarships, and other financial aspects of positioning the campus king.” Terronce also stated that the absence of campus kings could be partly due to the fact that there are more Black women in college than there are Black men.  Thus, there may not be as much of a “male voice” pushing for campus kings.

“Miss AUC (Atlanta University Center),” Danya, is currently the reigning queen over Morris Brown, Clark Atlanta University, Spelman, Morehouse, and Interdenominational Theological Center collectively. She is very passionate about the need for campus kings throughout HBCU campuses. “The king’s position is vital,” she said. “There is always a queen. Our young men need someone they can look up to. That’s where Mr. AUC comes into play as a mentor to young men. He shows them how to be poised, how to articulate, wear their tuxedos properly, and present themselves as well as young ladies do, showing them how to be gentleman.” She is very proud to have served alongside her king, Mr. AUC.

She went on to explain why she thinks “the king” component is absent at other colleges. “It all boils down to tradition. Homecoming has always been about the queen. But things do change. It’s coming soon. We’re just not ready for it right now. But I think it’s coming in the next couple of years. I think we’ll get there eventually.”

“Miss Morris Brown College,” Amaria, reigning campus queen for 2010-2011, agrees that having a king is very important to the state of the royal court. “I was taught as a child that beside every strong man stands a strong woman, in family, education, spirituality, and companionship. I believe that there is a strong need for college queens to have a king to assist in balancing out various roles and duties that are responsibilities of the royal “family” of a college campus. Unfortunately, there is no campus king in her court. “However, there are a couple gentlemen on my campus that I believe are deserving of having the title as Mr. Morris Brown College and I would have been honored for them to be king during my reign,” she added. She also cited that campus kings are absent because “it simply has not been important enough to the students.” “During my application process and campaign, several students wanted to run for campus king, but they were unsuccessful because the position has not existed at our institution, and students along with the SGA (Student Government Association) have to vote the position in before anyone can have that title. The students have not put forth effort to do so.”
OK, so not all fairy tales end with the king and queen walking off into the sunset, but there is hope. Contrary to what people may believe is a simple decision to make, it is obvious that bringing a new policy to the HBCU college system is a hefty task, requiring several points of official approval and student body participation. Becoming a campus king or campus queen is a disciplined process and a highly privileged position which must be held with the utmost honor and integrity. So we’ll give the slower colleges time to catch up. We may have to accept the campus queen being as important as a bride and the campus king as being marginally important as the groom on his big wedding day for the sake of budgets and customs. But to have a queen with no king at all; well, that’s simply an incomplete picture: like a first lady without a president, a wife without a husband, a heroine without a hero.

Bancroft is a contributing writer for Regal Black Men’s Magazine, a publication dedicated to the African American community.