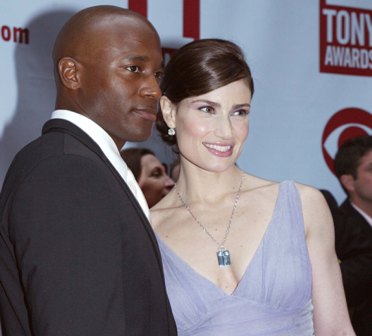 White women have always been the quintessential beauty for America. They encompass the long blonde hair, slender figure, and well-proportioned nose and lips magazines crave. Often criticized for “stealing our men,” they too have experienced the lows and highs of Black men by their own terms.

As I was seeking honest answers from my White female colleagues and friends on their thoughts of Black men, I noticed there was not much middle ground. Unlike Black women, White women either love Black men and would date them or bear their children. Or they don’t see much good in them and tend to tolerate Black men to refrain from being seen as racist. (Of course, they didn’t state this to me. It’s just something I observed.)

An older White friend of mine made jokes about Black men in my presence one afternoon. As we rode in the car together once, she made a quick tease about a Black man pushing a car tire stating that he must’ve stolen it. I could see her general perception of Black men from that one comment. From my observation, she sees Black men as sneaky, greedy, and always up to no good.

A lot of White women (especially) the older ones are afraid of Black men. Black men are seen as intimidating tyrants and this reaction towards Black men is usually perpetuated by the White husbands these women have and the images portrayed through the media.

Unlike White men, Black men tend to abandon their offspring. This is something that one White friend of mine sees as a lack of responsibility. She believes that Black men have a hard time accepting their responsibilities because they seem to blame everyone for how they turn out to be.

They blame the system, their own father, their upbringing, or their male role models that displayed wrong behavior in front of them. She believes that Black men have what it takes to be respectable citizens. They just have to own up to their mistakes and carry their own responsibilities.

Now, let’s explore some of the positive opinions of White women on Black men.

One White friend of mine (who only dated Black men for quite some time) stated that she loved Black men because they don’t discriminate when it comes to body types on women.

This friend was what our society would consider “full figured.” The White men didn’t appreciate her figure. But, Black men had no issue at all with it. They enjoyed her body regardless of how much weight she gained and she was attracted to this attention.

“Black men are down to earth,” another friend replied when asked to express the opinions of White women on Black men. She explained that White men could be selective in who they deal with. They have a certain “air” about them because they think they rule the world. So, White men don’t deal with anyone that they feel is “beneath” them.

Black men aren’t like this. They will deal with anyone regardless of how much money you have, the job title you hold, or the amount of education you have under your belt.

A colleague of mine (who is married to a Black man and is pregnant with their first child) stated how much she loves her husband. They endured many hardships together including financial troubles and family drama with his side. However, he stuck with her and she stuck with him. She stated that a White man wouldn’t do that. Instead, the White man would crack under the pressure because Black men are strong and could withstand such difficulties.

Black men have made their mark on White women as well as other races. More and more White women are becoming comfortable with Black men as the numbers for interracial dating and bi-racial children increase.

This is something seldom witnessed in the past. But, I guess Black men are being accepted for who they are by more people than they thought, especially women, regardless of race.