Child Support Laws: Should Dads Get Support During Summer? 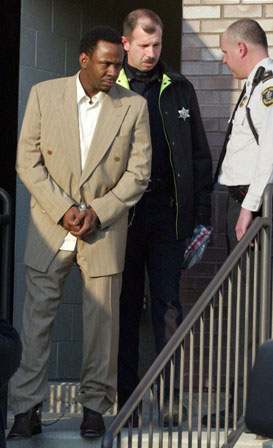 Men, like singer Bobby Brown, know how it feels when they can't pay child support, but should child support laws benefit men if they keep kids over the summer (Photo Credit: AP Photo/Bizuayehu)?

Can a Brother Get a Little Summer Assistance?

Child support is court ordered payments, typically made by the noncustodial parent, to support a minor child or children.

The support is meant for the children to have the type of lifestyle as if they were living with both parents.

However, since the 21st century, child support is played out as if it’s not for the kids and it’s a way for the mother to get over on the father.

At least that’s what some fathers believe who pay child support.

There have been debates over the years concerning how mothers spend their child’s child support.

We have heard it in songs such as Kanye West’s song  “Gold Digger,” and seen it played out on TV shows.

After she gets the child support she goes shopping for herself, and also goes to get pampered by getting her nails and hair done.

Child support should go where the child is majority of the time, right?

If you agree that the child support should go where the child is mostly, what happens when the dad has the child for two or three months in the summer?

What do the child support laws say about this?

What do you think, isn’t that a long enough length of time to receive support?

If the kids stay with the dad for two or three months in the summer, shouldn’t child support laws say they receive child support from the mother?

“It’s a good idea and it makes sense, but it would probably take them forever to pay it,” said Terry. “They would probably keep stalling or making excuses as to why they can’t pay it. By the time you get the cash the child would have gone back home with her.”

Linda agrees that child support laws that help them collect the money are horrible.

The question is a complex one and it’s hard to ask without personal issues spilling over in one’s answer.

Are the child support laws unfair?

Should fathers get money during the summer months?

First off, a majority of the fathers don’t exercise their right to have the kids for most of the summer, explained one Texas Attorney.

“So in reality they can’t ask for it because it’s not happening. For the minority that does get them for two months in the summer, in my opinion, no, I don’t think they should get child support. The reason is because the custodial parent has a life shaped and formed for that child.

“Maybe she’s had to get a bigger place, another car to transport the kids, things she would not have to get if she did not have kids. The father on the other hand, if he’s single he can still drive whatever and stay in a one bedroom if he wants. When the kids come to stay with him they could all be sharing a bed for the summer, but children can’t live like that year round. So, he needs to still be paying child support so those things can stay in order for when the child goes back home. I agree with child support laws that the non-custodial parent does not need to receive money.”

What is fair when it come to being financially responsible for taking care of your children?

Have the child support laws designed it to be fair with the father paying, or is the responsibility still lopsided?

“It will never be fair,” said single mother Keisha. “Even though the child support laws try and be fair by making the father pay every month, it’s still not as much as the mother pays monthly. As a single mother, we have to make sure things are together at the house. A man can get up and leave anytime he gets ready. When the child gets sick, we have to call in to work, not the fathers. We have to get a babysitter outside of daycare.

“What are a couple of weeks in the summer? The money should still be paid to the mother. Why? Rents, lights, and gas do not take summer breaks. These are the things the child will need upon returning home after the summer.”

Unfortunately, breaking up is hard to do.

People often try to hurt each other during a bad break up.

So when a child is involved and child support laws come into play it can become ugly and personal. The parents forget about the child and focus more on hurting the other parent.

One gentleman said, “I had custody of my child and I never asked for child support from the mother. However, when I got married and my child went back to live with their mother, she was jealous I’d gotten married, and out of anger (she) filed child support on me.”

Although child support to the father in the summer sounds like a good idea, everybody needs to be realistic and look at the circumstances.

If the father lives in a small place and his lifestyle is not changing for two or three months, chances are he won’t need child support.

However, if he gets in a financial bind during that time, which could easily happen, he should be able to reach out to the child’s mother to come up with an answer to make sure the child is taken care of while spending quality time with their dad for the summer.