Do Black Men Still Have Complex with Black Skin Tones? 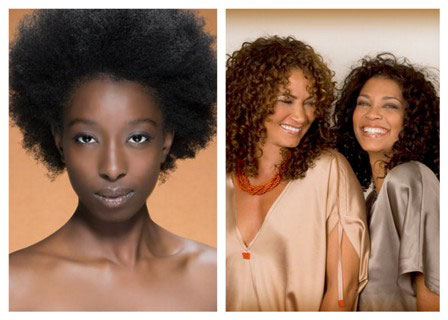 What is your preference, dark skin or light skin or does it matter? (Photo courtesy of theabbysworld.com)

The year was 1988 when filmmaker Spike Lee decided to make a movie to speak directly to Black America about an issue we had been dealing with since slavery; the movie was School Daze and the issue was light skin vs. dark skin.

Black America was still holding on to the ignorance that certain Black skin tones made you prettier and more acceptable.

Why did Blacks feel so strongly about certain Black skin tones? Some believe in the Willie Lynch Letters, others believe those letters didn’t exist and feel it was slavery that kept us fighting each other like the house slaves against the field slaves. Or it could be a deep-rooted jealousy we have for White America and wanting to look more European?

What do you think? Are Black men still dealing with this? Could something as trivial as Black skin tones still haunt them? Or did they do what Lee suggested 24 years ago? “They Woke Up!”

Today when we hear certain musical lyrics written by Black men, they tend to compliment the lighter skin or the women with “good” hair, and leave the darker women with kinky hair out of the loop.

Their videos tend to favor more of a mixed, Latin look, and no longer normal Black women. I recently looked at a casting call for a well known artists’ music video, and the look for the lead girl called for an “exotic” look.

Why do they choose these types of women to put on a pedestal and display?

Well it seems that certain record labels still acknowledge Black skin tones in a negative way. In order to make a video look better they feel they have to lighten it up. What’s up with that?

“Honestly, the artists don’t feel that lighter skin tones or the girls with pretty hair look better, sometimes it’s their record label that push them to cast them,” says a man who works for Interscope Records. “They use certain lyrics about women because it sounds good and it goes better with what they are saying. In real life, nobody cares about Black skin tones anymore.”

Jason states, “Now in the media, I’ve noticed the drought of very brown to dark skinned women in everything from magazines and videos to films and advertisements.  Often what I see in the media does not reflect my personal life or the lives of those I witness.  I think all people have a color complex. Black men are included in ‘all people’ but I do not think there are significant numbers that would cause me to declare that Black men have a color complex.  Ignorance around Black skin tones primarily stem from a lack of education and the way one is programmed. Black men take all sorts of things into account when it comes to women, in addition to their looks, but I don’t see skin color to be primary. When I see these narratives about Black skin tones play out over the internet, I see ignorance. For me to accept that Black men have a color complex I would have to accept that Black men are of this class and I do not.”

Terrance says, “I don’t hear this stuff anymore like I did when I was growing up.  Black men don’t care about Black skin tones; they care if the woman is pretty to them. Light skin is not better in any way I can think of.  I like all shades. Good looking is just good looking!”

It was wonderful to hear these Black men say these comments. In fact I asked a lot of men and all of their views were like these comments. However after digging and searching I did find a few Black men who thought differently.

“I just prefer lighter skin women, and I don’t know why,” says Jimmie. “I like good hair as well because I prefer lighter skin or brown skin women with pretty hair. If you are just light skin that won’t do it for me, I like good hair too. I don’t feel that I’m color struck, that’s my preference. I do think some light/dark girls with kinky hair are attractive, but that’s not for me. I like to see when they slick their hair back and how smooth it lays down, that’s attractive to me and turns me on. I don’t think it’s anything wrong with that. Everybody likes what they like.”

A lot of times when Black women hear things like this, one of our go-to comebacks is “his mother doesn’t look like that”.  How do Black mothers feel about their sons who are still hung up on Black skin tones?

“It hurts me and my mother that my son prefers the lighter skin girls with straight hair,” replies Char. “As he gets older I do plan to have a discussion with him about only choosing one type of Black woman. It’s not just my son; it’s still a good amount of Black men who are still color struck. It gets to the point now when I go out, I just go to have a good time and I don’t worry about meeting people, because I feel these men are still into the women that have light skin with good hair.

“I know a few Black women who will get their foundation three shades lighter than their complexion just to appear lighter skinned. I’m thinking they look crazy, because their ears and neck are still dark. It’s at a point to me that light skin isn’t light enough anymore for Black men. I have a guy friend who lives on the east coast, he’s an eligible bachelor; great job, handsome, outgoing and popular, sometimes he and a friend go out and they say let’s go ‘Top Shelf Hunting.’  That’s when they go out and look for White women, and when they go out for Black women, they call it ‘Well Hunting!’ I was shocked! Think about what they are saying, top shelf is the best; it goes down smooth, doesn’t give you a headache, no hangover, the most expensive. Think about the ‘well’ drinks, they are cheap, give you a headache, and don’t taste as good! The brothers are losing their minds.”

I think the media plays a huge part in keeping the Black skin tone war going.

Looking at casting calls, when they want the ghetto girl they call for a darker skin Black girl.

A friend who is an actress says, “Because I’m really dark they will never see me for the sweet innocent girl, it’s always the loud girl they want me to play, and that is so far from the person that I am.”

It seems to still be a problem, but not as huge as it was in 1988. We are getting better.  The media makes us feel it’s still a big issue, but according to 90 percent of the men I chatted with, Black skin tones is no longer an issue.

I agree with my friend Ashlei who says, “Black men are (more) concerned with body image, economics, community and stability than light skin vs. dark skin.”

To get rid of the issue completely, we have to educate our kids about what’s important in people, not what their hair and skin look like. So in 24 years we won’t have to have this discussion again!