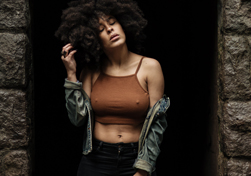 California is trying to make it illegal to discriminate against people because of their natural hair.

For some reason, society has come to grips with the fact that the aforementioned categories are things you usually cannot control with the exception of religion.

However, society has not fully come to grips with the fact that hair that grows naturally out of the scalps of most African-Americans does not look like their European counterparts.

The state of California is trying to do their part to end hair discrimination by proposing bill SB 188, also known as the “Crown Act.”

Nevertheless, many African-American women constantly find themselves fighting an on-going battle about their hair in the workplace.

To paraphrase writer Maiysha Kai from TheRoot.com, marijuana is legal in California.

But African-American women wearing their natural hair, as God created it, is not always accepted in the workforce.

Furthermore, very little protection exists in the workplace to prevent discrimination based on a person’s natural hair texture.

ABC 7 reported, “The so-called ‘Crown Act’ would make it illegal for employers to enforce policies surrounding ‘race neutral’ grooming or to discriminate against people wearing natural or protective styles—like braids, dreadlocks and twists—in the work place or housing.”

“There are any number of court cases that we’ll talk about in judiciary committee that will suggest it is a problem for employees across this country and across the state,” Mitchell said.

Many seem to think that forcing African-Americans to put chemicals in their hair to look more European is perfectly O.K. and not discriminatory.

If the bill passes, California will follow the lead of New York City, whose Commission on Human Rights presented legislations, which makes it illegal to discriminate against someone because of their natural hair.

“There’s nothing keeping us from calling out these policies prohibiting natural hair or hairstyles most closely associated with Black people,” said Carmelyn P. Malalis, the commissioner and chairwoman of the New York City Commission on Human Rights.

Malalis added, “They are based on racist standards of appearance, racist stereotypes that say Black hairstyles are unprofessional or improper.”

A 39-year-old lady who works in Manhattan, N.Y. and goes by the name Avery said her boss told her, “You should do your hair” even though it was already styled.

Or her boss would say, “straight is better.”

Avery said that her boss only allows people to have black hair.

She said she answers questions everyday about her hair in the workplace.

Pahola Capellan, another New Yorker, said her experience in the workforce is different because she does not rock natural hair.

“It’s very different,” Capellan said. “There is no discrimination because my hair is more acceptable.”

Enie, 21, quit her job at a Manhattan Wendy’s after constant complaints about her hair.

Her boss told her to cut off her 14-inch extensions.

“I quit because you can’t tell me my hair is too long, but the other females who are other races don’t have to cut their hair,” Enie said.

Enie now works at a hospital.

In 2017, WFAA traffic reporter and morning anchor Demetria Obilor found herself in a middle of social media firestorm when Dallas viewers began criticizing her appearance.

Obilor, a graduate of University of Kansas, is known for her full-figure body and natural hair.

However, some viewers said that she looked too big, too provocative and too sexy for the morning news.

The criticism that Obilor received actually catapulted her to celebrity status.

However, some African-American women in journalism did not fare as well.

Brittany Noble, 32, lost her job as a news anchor at WJTV in Jackson, Miss. after filing complaints about workplace discrimination.

“After having my son, I asked my news director if I could stop straightening my hair,” Noble wrote in an essay for Medium. “A month after giving me the green light I was pulled back into his office. I was told ‘My natural hair is unprofessional and the equivalent to him throwing on a baseball cap to go to the grocery store.’ He said, ‘Mississippi viewers needed to see a beauty queen.’”

The former news anchor also said that news directors and producers rejected many of her stories about racial issues.

Noble continued, “When I asked him how I should address the change on social media he told me to write, ‘I was told to change my hair back to the way it was because that’s what looks the best.”

Her stories about racial issues did not make the air because the bosses said the stories were not for all people.

“When I pitched stories about race in Mississippi, I was told the stories ‘are not for all people,’” Noble added. “My boss constantly complained about the ‘types’ of stories I pitched and shared on my social media accounts.”

After Noble complained several times to Nexstar, the station’s parent company, to no avail, she took her complaints to the Equal Employment Opportunity Commission (EEOC).

This led, Noble said, to more harassment from the higher-ups at the news station.

“The internal harassment got so bad that I made several trips to the EEOC department begging for help,” Noble said. “They finally took my case but warned me I would get fired.”

The military is approximately 18 percent African-American.

But the military only recently allowed braids, twists and dreadlocks.

Despite the struggle for acceptance, progress is being made.

“Now that’s how you know you live in a racist country,” wrote Michael Harriot of The Root. “When you gotta ask the legislature to allow you to wear your hair the way it grows out of your head.”