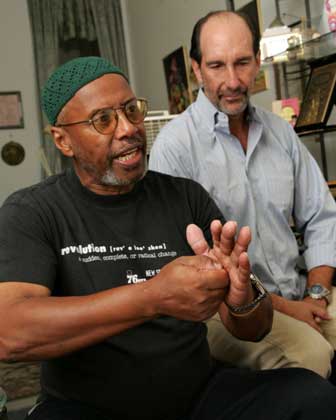 Many cringe when scientists victimize animals for medical experiments.   However, many African American men from Tuskegee, Ala. to Philadelphia have found themselves the victims of “good science” since the early 1900s, some with deadly consequences.

According to Tuskegee.edu, “For forty years between 1932 and 1972, the U.S. Public Health Service (PHS) conducted an experiment on 399 Black men in the late stages of syphilis. Informed that they were being treated for ‘bad blood,’ their doctors had no intention of curing them of syphilis at all.  The data for the experiment was to be collected from the autopsies of the men, and they were thus deliberately left to degenerate under the ravages of tertiary syphilis—which can include tumors, heart disease, paralysis, blindness, insanity, and death.”

Twenty-eight men died directly from syphilis because of the Tuskegee Experiment, with 100 more dying of syphilis-related complications.

Despite the tragic results of the syphilis study in Alabama, the scientific experimentation on Black males continued, as the University of Pennsylvania found more human guinea pigs at Holmesburg State Prison in Philadelphia.

In 1964 Edward “Butch” Anthony entered “the Burg” on drug charges and began participating in scientific experiments, like many of his cellmates, to earn much-needed cash.  Inmates participating in the tests could earn hundreds of dollars a month as opposed to the 25 cents a day given for regular prison jobs.

“I signed myself away as a guinea pig, a lab rat.  But they told us the tests were safe, we didn’t have nothing to worry about.  They paid good money, but we wouldn’t have done them if we were told they were dangerous,” said Anthony who now goes by the first name Yusef.

According to The Daily Pennsylvanian, Yusef Anthony participated in the Penn-conducted Johnson & Johnson bubble bath test.  An inmate peeled off patches of his skin and sprayed chemicals on his open wounds.  Pus-filled blisters began to form overnight and his dark brown skin turned “strawberry” red.

After several excruciating days, doctors took him off the study and paid him a “whopping” $37.  “I was paranoid, I thought everybody was plotting and whispering about me.  I laid in my cell and hallucinated, I don’t know if it was days or weeks.  I thought I went to hell,” Anthony recalled.

The Penn medical tests at Holmesburg Prison lasted from 1951 to 1974.

Hundreds of the victims of the Penn experiments attempted to sue the city and Dr. Albert Kligman, who conducted the study, but judges threw out the case because the statute of limitations had expired.

“Some of the studies led to the development of anti-wrinkle cream Retin-A and have made Penn and Kligman millions,” according to Jessica Sidman of The Daily Pennsylvanian.

“For 25 years, Holmesburg was a department of human experimentation for private-or public-sector entities who wanted something to be tested,” said author Allen Hornblum.

According to Hornblum, many of the prisoners were illiterate, but forced to sign waivers, and exposed to infectious diseases, radioactive isotopes, psychotropic drugs and other dangerous chemicals for skin-related research.

Kligman, now 91, refuses to do interviews but the University of Pennsylvania acknowledges the tests took place but states that those type of experiments were commonplace in that era.

However, with the help of Hornblum, Anthony recently published a book through Penn State Press entitled, Sentenced to Science that recounts his horrific experience at the Holmesburg State Prison from 1964 to 1966.

Over 40 years later, Anthony still feels the effects of his experience at Holmesburg.  At age 64 he must visit a doctor at least once a month, his hands sometimes swell to the size of boxing gloves, and his size 10 feet sometimes struggle to fit a size 14 shoe; just a small reminder of his contributions to science and medical advancements.