Autism and Celebrities: Providing a Voice to the Voiceless 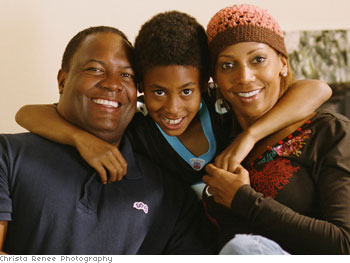 Rodney and Holly Robinson Peete have been outspoken advocates on autism.

Autism and Celebrities: Putting the Spotlight on a Serious Disease

Celebrities are most often attached to hit projects or fashionable products, however, a new trend that is taking center stage is the focus on diseases and making people aware of the dangers and the importance of early diagnosis and treatment.

Autism, which is reportedly the fastest growing serious developmental disability in the world, has gained attention from this type of alliance, especially in the African American community, where early intervention is crucial.

Partnering autism and celebrities by the onset of the disease with their children has created a much needed awareness about this disease and the steps to address it.

According to the National Institute of Neurological Disorders and Stroke, Autism Spectrum Disorder (ASD) is a range of complex neurodevelopment disorders, characterized by social impairments, communication difficulties, and restricted, repetitive, and stereotyped patterns of behavior.

Autistic disorder, sometimes called Autism or classical ASD, is the most severe form of ASD, while other conditions along the spectrum include a milder form known as Asperger syndrome, and childhood disintegrative disorder and pervasive developmental disorder not otherwise specified (usually referred to as PDD-NOS).

Unfortunately, there are no cures for ASDs, and males are about four times more likely to have an ASD than females.

Experts agree that the ideal treatment plan includes therapies and interventions specifically designed for each child and, most important, the earlier the intervention, the better.

Thus, Autism and celebrities provides a proactive partnership to bring the disease to the forefront in the African American community-where diagnosis continues to lag behind White children by almost two years – a critical time gap.

According to AutisminBlack.com, there are three disparities that impact early intervention for African American children and that includes: education, medicine and culture.

Lack of education about the disease, delayed and limited access to medical treatments and innovative therapies coupled with a cultural stigma attached to addressing Autism can negatively impact time sensitive intervention.

Most often, African American children are misdiagnosed and treated for other disorders or considered behavioral problems.

In other cases, the child is considered slow and that time will correct the situation.

Celebrities have an advantage that is now being utilized to increase awareness about Autism.

According to Blackcelebkids.com, the face of autism within the African American community is gaining momentum and better understanding through the celebrity children who have the disorder and their parent’s bravery and commitment to make their personal struggles a public movement.

These children – our children – are the faces of autism.  By joining forces and sharing the treatments and therapies that their celebrity status and connections can provide, Autism and celebrities are breaking through cultural stereotypes and shortening the time gaps for autistic children, especially African American males, to be diagnosed and to begin treatments.

Working together and educating the community, Autism and celebrities are getting a much needed spotlight on a serious disease.