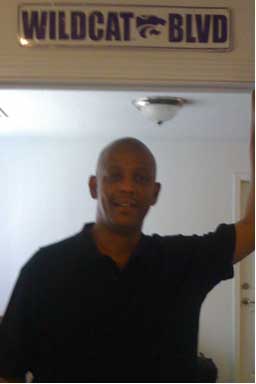 The Importance of Early Detection of Cancer in African American Men

Screening is the most common method for early detection in African Americans in asymptomatic and non-asymptomatic populations in order to keep a healthy tab on self.

“It is important for Black men to talk to their doctor about diagnostic testing for cancer if they are experiencing any abnormal symptoms,” said kidney cancer survivor Michael Thomas. “Experiencing unknown pain and feeling tired all the time was something new for me, I did not know the cause of this feeling. I had recently stopped drinking energy drinks and thought maybe this is the cause, I only knew that I was feeling really bad and I needed to see a doctor.”

Not ignoring symptoms and being aware that finding the disease and treating it early has very good outcomes are the two main things that African American men need to be aware of and to address.

“I decided to go to the doctor after the urging of my family. I went to the emergency room and the doctors performed an MRI. After the test, the emergency room doctor came in and stated that he was sorry to inform me that the MRI (showed) a spot on (my) kidney and further tests (would) have to be run for confirmation,” Thomas added.

African American men also need to have a discussion with their doctor about the benefits and limitations of screening for early cancer detection for the breasts and kidneys because there are options for African American men with cancer when it is caught in the early stages.

Thomas stated, “The doctor stated my preliminary diagnosis was that I had cancer but he was thrilled to confirm that I was only in stage two and that there were treatments that could heal this horrid disease. I had a lot to think about with this entire cancer deal because I recently lost my mother to cancer months prior because she was in later stages and there wasn’t anything they could do for her.

“Early detection is very important because if cancer is caught in its earliest stages you can obtain treatment that will have a positive outcome because I am a living witness. They had to remove a portion of my rib in order to get to my kidney. I was told that it will probably take four years or more for it to totally heal and that’s better than hearing I have only four years to live.”

In short, be smart and be aware-early detection saves lives! Be a living witness and spread the word in our Black community!