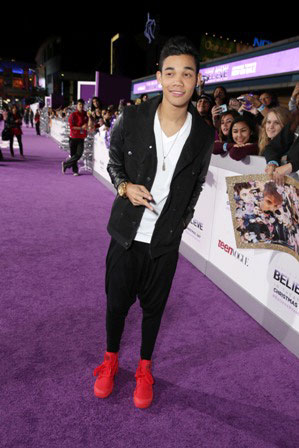 Drop Your Crotch this Summer

When Justin Bieber wears a new style, older gentleman might believe that the look is not for them.

However, drop crotch pants are the new craze in men’s fashion and anyone, from teenage “Beliebers” to Usher (an endorser of the drop crotch look) fans in their 30s and 40s, can look unique in them and stand out in the crowd.

Drop crotch pants make a statement that a man is confident, a risk taker and creative, and there are designs and styles for every age group.

The style is reminiscent to the pants made popular by M.C. Hammer in the late 1980s and early 1990s, with less droop in the crotch area.

Depending on personal preference, men can choose drop crotch pants with very little droop or a lot of droop.  The pants also feature a tight area around the ankles similar to the skinny jeans look.

RegalMag.com gives males of all ages tips on pulling off the drop crotch pants craze.

·        Choosing the right cut is essential to pulling this look off.  The bigger the droop, the bigger the statement. Older gentleman should stick to a smaller droop because they should want to stand out, but still maintain a look of professionalism and conservatism.

·        Straight Cut Drop Denim looks great with basic white sneakers and a t-shirt.  It will give you a pair of jeans that do not look like the rest of the jeans in your closet.

·        Straight cut looks better because it has a close fit.  Stay away from the baggy look.  The droop should be the only thing that is baggy.

·        Pants with an elaborate design are great, but if you only get one pair, stick with a solid color.

·        Comes in all types of fabric from cotton to leather to nylon, with designs ranging from camouflage to Japanese print.

·        Athletic drop crotch pants have bigger droops and are a unique look for younger, teenage males.  For all other drop crotch pants, stick with the skinny ankles, but with the athletic cut, a loose ankle is acceptable.