Is Male Clothing Becoming Too Feminine? 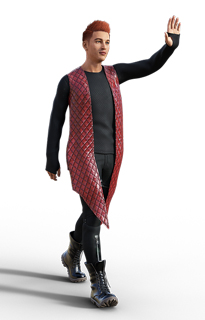 Some bloggers and critics think modern male fashion has become too feminine.

Has Male Fashion Become Too Feminine?

Clothes usually marketed to women have become popular for men on the Paris runaways in recent years.

While supporters of the new trend see it as a way for men to change what it means to be a man, critics say that feminine clothes for men is just a way to blur the lines between genders and emasculate the next generation of males.

Kim Jones said, “Gender doesn’t matter anymore—it’s 2018,” as he debuted a collection of shirts embroidered with tiny and delicate flowers at Dior Homme.

However, Jones insisted that the flowery shirts were still menswear.

What about the color of clothing?

But is the color pink too feminine for a man to wear?

Until the 1940s, many considered pink a “boys” color until blue took its place as the color most associated with males.

However, since the early 2000s, many male rappers have bucked the trend and began wearing pink almost as often as they sport blue.

At the Paris Fashion Week, pink double-breasted suits and trench coats got a lot of attention on the runway.

Bubblegum pink lobstar coats made the list of in-fashion for the upcoming season.

Gender bending clothes like fuchsia satin coats and scarves hit the runway thanks to Valentino.

Many who applaud the gender-neutral colors and gender-neutral looks are those who cannot find clothes to fit them because they identify as gender neutral.

Stereotypical male clothing often does not come in the fabrics and colors they want.

And stereotypical female clothing does not fit many men who identify as gender neutral?

But why are so many designers of male-geared fashion seemingly only launching lines that fit the stereotypical female style and not also featuring clothing usually defined as masculine?

And what impact does defying gender specific fashion have in the workforce?

Many people who wear flashy attire and not the basic blue, black and gray suit say that they have to separate their business attire from their nightlife attire even if both consist of suits, ties and button up shirts.

When some men tried to step out of the box with their fashion, they received condescending remarks and judgmental stares from colleagues.

Many men who like to take risks with their fashion, believe that wearing neutral colors and conservative work clothes will help them get a job or promotion while wearing flashier clothes will hinder their upward mobility at work.

However, research shows that at jobs that value creativity, taking risks with everything from fashion to work ideas is seen as a positive quality.

“If I could have had an allergic reaction, I probably would have,” Olu told hbr.org. “It was definitely a very hard experience to wear it…because suits are so rigidly masculine.”

Is there a hidden agenda behind the fashion choices that they say are in style for men?

While blogger Eric Melchor does not describe himself as the stereotypical macho, tobacco chewing man, he does have concerns with the direction in which male fashion is going, especially the man purse.

“There is no reason whatsoever for a man to walk around with a purse. If it’s not a backpack, duffel bag, gym sack, brief case, or wallet that fits in your pocket, get rid of it,” Melchor wrote. “Same thing with reusable shopping bags…come on.”

Blogger Roosh V had a more controversial take on the subject and thinks that a trend has started that has men acting like women and women acting liking men, to paraphrase.

He wrote, Thanks to feminism, and the p**** envy it installs in some women, men no longer have spaces where females are not present,” he wrote. “They have invaded education and workplaces at all levels. They are present in coffee houses, formerly male clubs, and even barbershops.

“Not only are men no longer able to ‘practice’ being a man around other men without fear of offending the opposite sex, they are unconsciously picking up female mannerisms and ideas at the same time that females are picking up on male mannerisms.

“Because sexes are not segregated, women are becoming masculinized and men are becoming feminized. This is greatly harming male development and creating a generation of feminized men who are confused about their identity and masculinity.”

“I feel like we’ve been in a really conservative moment,” said London-based woman fashion designer Martine Rose, who consistently stretches gender styles in fashion. “It’s so lazy, this way of thinking—that ‘real’ men wear this, but not that. I was really influenced by Rick James [when designing one of my fashion lines]…He was so sexy, so gangster, and wearing ruffled shirts and thigh-high red boots. He wasn’t letting his clothes define his sexuality. Or his masculinity.”

Rose continued, “Footballers back in the seventies, they used to wear those little short shorts. No one was questioning their manliness; other guys wanted to look like them, in fact. And they were sexy, those footballers. They had confidence to show off their bodies, and to be playful.”

Regardless of one’s position on that matter, some will scoff at the direction some male fashion campaigns are going and others will praise them for taking the shackles off of male clothing.

As the old saying goes, to each his own.

So, what do you think of the latest fashion trends for men?