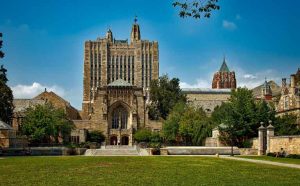 Affirmative action in college admissions often gets people’s blood boiling because some think it is unfair to White and Asian students.

Furthermore, people felt outraged when the news and courts exposed that celebrities had used their wealth to get their children special treatment for college admissions.

But what about those who get admitted to prestigious colleges because of legacy?

Many schools give preferential treatment to the children of alumni.

However, critics of legacy admissions believe that the practice undermines efforts to increase diversity.

Furthermore, others see it as an affirmative action program for rich and elite White children because for generations many schools did not admit minorities because of segregation.

“Indeed, given that legacy admissions explicitly champion elitism, there must be a very powerful rationale behind their continued use. The answer is simple enough: money. Universities claim that the children of alumni are more likely to donate after they graduate, thereby providing funding for financial aid programs and other university expenditures.”

Legacy students had a separate welcome in addition to the regular new student reception.

“Colleges proclaim that admissions are meritocratic, rewarding students based on achievement so that any talented student can work hard enough to succeed. Students across the country dedicate hundreds of hours to activities, essays, and schoolwork for college admissions. Legacy violates basic fairness at the cost of those without family ties. Colleges fail to fulfill their promise of equity by giving preferential treatment to the lucky children of alumni and staff.”

Nevertheless, many see affirmative action in college admissions as violating basic fairness at the cost of increasing diversity in college classrooms.

In 1996, David Sacks and Peter Thiel of Stanford Magazine wrote, “Originally conceived as a means to redress discrimination, racial preferences have instead promoted it. And rather than fostering harmony and integration, preferences have divided the campus…

“In reality, as the Hoover Institution’s Thomas Sowell has observed, preferences primarily benefit minority applicants from middle-and upper-class backgrounds. At the same time, because admissions are a zero-sum game, preferences hurt poor Whites and even more Asians (who meet admissions standards in disproportionate numbers). If preferences were truly meant to remedy disadvantage, they would be given on the basis of disadvantage, not on the basis of race.”

Many supporters of affirmative action believe that placing an emphasis on diversity provides benefits for their student body that cannot be summed up by numbers and grades.

According to some, exposure to different cultures and perspectives can broaden the horizons of college students who not only go to school to grow academically, but also to grow socially.

Discrimination against African-Americans over the centuries has led to less wealth and opportunities.

Many Americans from more affluent backgrounds can afford to send their children to “better” schools such as private institutions.

Furthermore, many Americans can afford to send their children to expensive preparation courses for standardized tests.

Wealth, needed to provide the younger generation with more opportunities, has often been something that has alluded many African-Americans because of discrimination and preferential treatment for White Americans in the workforce, in banking and in homeownership.

More than 15 years ago, the University of Michigan and University of California at Berkley had to stop using affirmative action to increase minority enrollment at those institutions.

To boost minority enrollment since the dismantling of their affirmative action program, both schools have spent hundreds of millions of dollars on outreach and financial investments.

Nevertheless, minority enrollment at those institutions have still decreased since they stopped using affirmative action.

Stephanie Saul of New York Times reported, “In 2021, the entering freshman class at University of California, Berkley, included 258 Black students and 27 Native American students out of a class of 6,931. That same year, Black enrollment at Michigan’s flagship campus in Ann Arbor was 4 percent, even as the university maintained a special admissions office in Detroit to recruit Black students.”