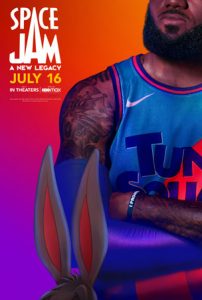 Basketball icon LeBron James continues his path to media mega-mogul after a business deal raised the value of his SpringHill Co., a movie and television production corporation, to $725 million.

On Oct. 14, SpringHill said it had completed a business deal, led by New York-based RedBird Capital Partners to obtain a sizable minority stake in their company.

SpringHill has recently found success in Hollywood with movies like “Space Jam: A New Legacy” and the HBO talk show “The Shop.”

Although the companies did not make details of the business deal public, insiders said the deal gives the RedBird Capital Partners-led group close to 50 percent of SpringHill.

Additionally, RedBird Capital Partners will invest nine figures into SpringHill to assist in the growth of the company.

RedBird Capital Partners also has the option to invest more money into SpringHill Co. in the future.

The controlling stake in SpringHill still belongs to James, who serves as SpringHill’s chairman, and James’ childhood friend, high school teammate and business partner Maverick Carter, who holds the position of Chief Executive for SpringHill Co.

He said the new partnership will allow SpringHill to produce more original content across various media platforms, invest in intellectual property and acquire other production companies.

Over the last 12 months, SpringHill earned about $60 million in sales.

Carter said, with this investment from RedBird Capital Partners, he believes that SpringHill Co. will earn more than $100 million in revenue over the next 12 months.

The Los Angeles Times reported, “The SpringHill deal is the latest high-profile production company investment amid a gold rush for content in the entertainment industry. Media companies have been hungry to build streaming services with fresh shows and movies.

Former Goldman Sachs partner Gerry Cardinale founded RedBird in 2014 and has known James and Carter for more than 10 years.

Cardinale said, “The goal is to create a multibillion-dollar diversified culture and content company, and I think that puts it in a pretty unique position. It’s not just the capital; it’s listening to Maverick and LeBron in terms of what they want to build, where they’ve taken the company from a standing start to today, and then saying what the potential trajectory is.”

SpringHill, arguably, might be the best-known media company started by a sports icon.

However, SpringHill is not alone in the game.

RedBird’s investment will allow SpringHill to create more films, documentaries and television shows, while also strengthening the relationship between James and Nike.

James became a part of the Nike family at 18-years-old when the Cleveland Cavaliers drafted the basketball prodigy out of high school and the apparel company signed the teenager to a $90 million endorsement deal.

Furthermore, Epic will work with SpringHill on gaming opportunities.

As a result of the investment, SpringHill might collaborate with other companies under RedBird’s umbrella like the XFL, now co-owned by Dwayne “The Rock” Johnson.

“The way I invest, I’m always looking at that connectivity with different companies I have investments with. You should expect to lean into that across the board.”

Last year, SpringHill left its deal with Warner Bros. for a first-look deal with Universal Pictures.

James already had a relationship with Universal after starring in the Amy Schumer comedy “Trainwreck” in 2015.

Next week, James will begin his quest to win his second NBA championship with the Los Angeles Lakers and fifth overall.

This year, James and superstar teammate Anthony Davis will team up with future Hall of Famers Carmelo Anthony and Russell Westbrook.