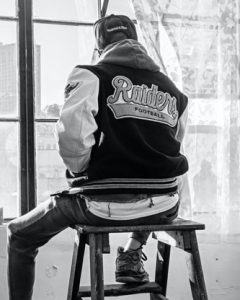 The Las Vegas Raiders brand has taken a hit over the last year. It will be new team president Sandra Douglass Morgan’s job to recommit the franchise to excellence.

The Las Vegas Raiders have had the longtime motto of “commitment to excellence.”

But with their new hire as team president, Sandra Douglass Morgan, the Raiders have shown a commitment to making history, making her the first Black female team president in NFL history.

Raiders owner Mark Davis said, “I am thrilled that Sandra has agreed to join the Raiders family. Her experience, integrity and passion for this community will be invaluable to our organization. From the moment I met Sandra, I knew she was a force to be reckoned with. We are extremely lucky to have her at the helm.”

Ventrelle had been with the Raiders less than a year.

He said the Raiders fired him to retaliate against him for bringing employees’ concerns to the organization of a “hostile work environment.”

However, Davis would not comment on Ventrelle’s allegations of a hostile work environment.

Prior to Ventrelle’s tenure, which began in July 2021, Marc Baiden served in the role since 2015.

Before Baiden, Amy Trask served as team president, resigning in 2013.

At a press conference on July 7, Morgan said, “When Mark and I first discussed this opportunity, I was honored and humbled, but I also had a lot of questions. It’s no secret that this organization has faced some recent challenges. But I want to be clear: I’m not here to sweep anything under the rug or avoid problems or concerns that need to be addressed.

“We have so much more to do, and I’m excited to be at the helm of that growth and look forward to ushering in the new chapter for the Raiders.

CNN reported, “Within the past year, Raiders head coach Jon Gruden resigned after reports emerged of him using homophobic, racist and misogynistic language in emails while he worked as an ESPN analyst. He apologized, saying he ‘never meant to hurt anyone.’”

Morgan wrote a letter to address the Raiders’ turbulent past.

She wrote to the Raiders organization, “Let me be clear—I am not here to avoid or sidestep problems or concerns that need to be addressed. I’ve given long and thoughtful consideration to joining you, and I’ve done so because I believe in the promise of the Raiders. Most importantly, I believe in your core values of integrity, community, and commitment to excellence. I will expect you to embody those and to hold me accountable to doing the same.”

NFL.com reported, “A Las Vegas native, Morgan was most recently chairwoman of the Nevada Gaming Control Board, appointed to the role in 2019. Morgan has also previously served on the Nevada Gaming Commission, as director of external affairs for AT&T, the city attorney of North Las Vegas and a litigation attorney for MGM Mirage.”

Morgan said, “I have been the first in other positions that I’ve held, whether it be city attorney or the Gaming Control Board. I definitely never want to be the last, and I want to get to a point obviously where there is no more first.

“But as I kind of mentioned in my comments, the impact that this has is not lost on me. I definitely would tip my hat to all of the prior women that were leaders and visionaries, and if I could be an inspiration or help or open doors for any other woman and girl out there, then that’s an incredible accomplishment for me.”

She added, “The importance and effect of it is not lost on me. I know that sports is a male-dominated industry, just as gaming was, and we need to continue to break down these barriers.”

The Raiders have a history of breaking down barriers in the NFL.

In 2020, the Washington Commanders hired Jason Wright as the first Black team president.

This year, the Baltimore Ravens hired Sashi Brown as their team president.

During the 2016 NFL season, Kaepernick caused controversy when he began kneeling during the National Anthem to protest systemic racism and police brutality.

That gesture led to more protests throughout the sports, which led to more visibility for the Black Lives Matter movement.

In 2019, Kaepernick and former 49ers teammate Eric Reid reached a settlement with the NFL after they sued the league for collusion.

In a joint statement, the parties said, “For the past several months, counsel for Mr. Kaepernick and Mr. Reid have engaged in an ongoing dialogue with representatives of the NFL. As a result of those discussions, the parties have decided to resolve the pending grievances. The resolution of this matter is subjected to a confidentiality agreement so there will be no further comment by any party.”

Despite the workout with the Raiders, Kaepernick still remains unsigned as he has been for the past five seasons.