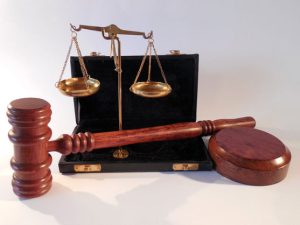 Many critics of Kyle Rittenhouse have accused the judge in his homicide case of bias in favor of the defendant.

The camera often brings out certain character traits in people.

For Judge Bruce Schroeder, the judge in the Kyle Rittenhouse homicide case, his persona as a tough judge prone to outbursts and head-scratching statements does not just appear when the cameras roll.

But to those who have argued cases before him, that is just par for the course for Judge Schroeder.

CNN reported, “Several heated exchanges between the Kenosha County Circuit judge and a prosecutor Wednesday stunned viewers of the Kyle Rittenhouse homicide trial, but it’s a kind of scene not unusual for this specific judge, experts and attorneys told CNN.

“Judge Bruce Schroeder twice admonished Assistant District Attorney Thomas Binger for his line of questioning as Rittenhouse testified. While on the stand, Rittenhouse broke down in tears explaining the events that took place in August 2020 where he fatally shot two people and wounded another.

“To those who may not have heard of Schroeder until this week—or perhaps last month, when he reiterated his long-standing rule of not allowing prosecutors to refer to people as ‘victims’ before juries in his courtroom—Wednesday’s exchange with Binger may have come as a surprise. But to those who have worked with him, it emphasized his reputation.”

Despite his reputation, many critics of Rittenhouse’s deadly actions in Kenosha, Wis. have also criticized the judge for treating Rittenhouse as if the judge works for the defense attorney’s staff.

Many critics have lambasted the way that young White defendants like Rittenhouse seemingly get viewed as innocent children who either had to commit violence or simply made a mistake.

On Twitter, Rev. Bernice King, the daughter of the late Martin Luther King, Jr., criticized how so many vilified Trayvon Martin and ignored his right to defend himself when George Zimmerman confronted and killed him in Sanford, Fla.

Many media members insinuated that Martin was a thug because he had gotten suspended from school for marijuana.

But when Rittenhouse allegedly defended himself, many portrayed him like more of a sympathetic figure, a benefit that many believe Martin did not receive.

Like Zimmerman, Rittenhouse has become a hero on the right for killing two people.

As a result, many critics of Schroeder criticized him via social media when his cell phone interrupted the proceedings, and his ring tone was a theme song used by former President Donald Trump.

Additionally, some social media users criticized the judge for asking if anyone in the court was a military veteran in reference to Veterans Day on Thursday.

Retired attorney William Lynch said, “He has a reputation for doing what he believes is the right thing and being an independent thinker.”

Schroeder asked the jury to leave twice before admonishing prosecutors for asking certain questions and asking Rittenhouse about his silence after getting arrested, which is permitted under the Fifth Amendment of the United States Constitution.

The judge told Binger, “The problem is this is a grave constitutional violation for you to talk about the defendant’s silence. You’re right on the borderline, and you may be over, but it better stop.”

However, some viewers believe the judge is over the borderline with his bias.

Therefore, many have suggested he get removed from the Rittenhouse case because to them, his bias has not stopped.

Thursday, Schroeder endured even more criticism when he made a joke about Asian food, which many considered inappropriate.

As the court prepared to take a lunch break, Schroeder said, “I hope the Asian food isn’t coming…isn’t one of those boats from Long Beach Harbor.”

The comments allegedly came in reference to the supply chain logjam caused by the congestion at California ports.

While many saw those comments as just a jam at President Joe Biden, which many consider inappropriate for a judge, others saw it as racially insensitive towards Asians.

“It harms our community and puts us in the crosshairs of micro aggressions as well as actual physical violence,” said John Yang, president and executive director of Asian Americans Advancing Justice (AAJC).

Yang went on to say that the judge clearly had no cultural sensitivity and “any Asian American that sees or hears his statement will understand that he is making fun or mocking our community.”

He added, “This is a great illustration of how Asian Americans are not immune to racial bias and discrimination in our criminal justice system.”

While Yang called Schroeder’s remarks insensitive, others called it straight up racist.

Despite the allegations of bias, Rittenhouse’s mother Wendy Rittenhouse believes the judge is being fair.

Rittenhouse’s mother told Fox News’ Sean Hannity that locals told her that “(the judge) doesn’t allow no nonsense in his courtroom.”

Nevertheless, many critics of Schroeder see his own behavior as nonsense that should not be allowed in his courtroom.

Former Vermont Governor Howard Dean tweeted, “Schroeder has provided an example of how not to be a good judge. The selection system in Wisconsin is so badly flawed.”

The former Democratic governor added, “They are elected after initial appointment and there is no retirement age. This is why we have intemperate and unfit judges like this all over the country.”

Despite the judge causing controversy with his remarks, many legal experts have said that the prosecution is bungling this case.

In a USA Today column, George Washington University law professor wrote, “Some have criticized Judge Bruce Schroeder after he enforced long-standing constitutional principles. Even without the unforced errors by the prosecution, this was always a difficult case. Wisconsin has a strong self-defense standard. After a defendant claims to have acted to repel a threat, the burden is on the prosecution to rebut that claim beyond a reasonable doubt.”

On Thursday, the defense rested their case.