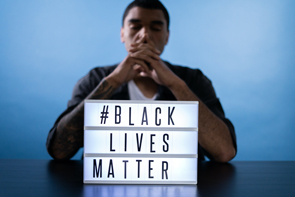 The Black Lives Matter movement has protested the killings of unarmed African-Americans like Jonathan Price of Texas.

“The situation was resolved before law enforcement arrived, according to witnesses,” said attorney Lee Merritt. “Why this officer still felt the need to tase and shoot Jonathan is beyond comprehension.”

Police officer Shaun Lucas, who is White, shot and killed Jonathan Price at a convenient store in Texas after responding to calls about a domestic disturbance on Oct. 3.

A fight allegedly took place at the Kwik Chek store in Wolfe City, Texas at about 8:24 p.m.

The probable cause affidavit said that Lucas shot Jonathan Price four times in the torso after using his Taser on him.

The affidavit cites details from the body camera footage.

Merritt said that Jonathan Price, 31, intervened in a domestic dispute but never became violent before his encounter with Lucas.

The African-American man greeted Lucas, 22, when he entered the convenient store after coming very close to him.

Jonathan Price even reached out his hand to shake Lucas’ hand.

According to the affidavit, Lucas attempted to detain Price to which Price replied, “I can’t be detained.”

The affidavit states, “Officer Lucas continued to attempt to detain Price by grabbing Price’s arm and using verbal commands, which were both unsuccessful.”

Additionally, the affidavit states that Lucas warned Jonathan Price that he would use his Taser on him.

But Price did not comply and walked away.

However, the Taser did not stop Jonathan Price as he continued to walk towards Lucas, the affidavit states.

The affidavit states, “Price appeared to reach out and grab the end of Officer Lucas’ Taser.”

Lucas then shot Price four times in the upper torso.

Determining Lucas’ actions unreasonable, authorities charged the officer with murder this week after a preliminary investigation.

In a statement, the Texas Department of Public Safety said, “The preliminary investigation indicates that the actions of Officer Lucas were not (objectively) reasonable.”

The affidavit says Lucas “did then and there intentionally and knowingly cause the death of Price by discharging a firearm.”

Lucas’ attorney Robert Rogers said Price “did not claim to be an uninvolved, innocent party” before his client attempted to detain him.

The attorney continued, “Officer Lucas only discharged his weapon in accordance with Texas law when he was confronted with an aggressive assailant who was attempting to take his Taser.”

Merritt responded to Rogers claims, saying, “Lucas’ attorney is attempting to bias the public with a one-sided account of the events that led to JP’s murder. It directly contradicts the initial report of the Texas Rangers, who have been historically ‘pro-cop’ in their assessment of use of force. This deliberate misinformation campaign must offset by the immediate release of the video.”

Last year, Rogers represented former police officer Amber Guyger who killed Botham Jean in Dallas when she mistook his apartment for her apartment.

Rogers argued that Guyger perceived Jean as a threat and therefore committed no crime.

The affidavit states, “Price apologized for broken glass on the ground and stated someone had tried to ‘wrap me up.’”

A preliminary autopsy from Dallas County, Texas listed the cause of Price’s death as gunshots.

A full autopsy, with toxicology results, will take six to eight weeks.

As of RegalMag.com press time, it remains unclear if Lucas had bonded out or remained in jail.

Price’s mother expressed relief that law enforcement officials had taken Lucas into custody after the killing of her son.

Marcella Louis said, “I’m glad they done got him off the street. My son didn’t deserve this. He helped everybody in his community and had a big heart and spirit. Whatever he wants to strive for, he tried to get out there and do it.”

Lucas’ stepfather told the ABC-affiliate WFAA in Dallas, “It’s just—this is just—I can’t wrap my brain around this. He’s a good kid. He’s devastated. He’s devastated for everybody involved.”

Yesterday, the Wolfe City Council called a special meeting to discuss “discipline or dismissal” of a police officer.

The death of Price continues a deadly trend of unarmed African-Americans dying at the hands of police officers.

Throughout 2020, and before, protestors have taken to the streets of the world chanting, “Black lives matter” in protest of police brutality and systemic racism.

The issue of systemic racism, police brutality and law and order even made its way to the vice presidential debate between Senator Kamala Harris (D-Calif.) and Vice President Mike Pence on Oct. 7.

The vice president expressed sorrow for what happened in the death of George Floyd in Minneapolis.

However, Vice President Pence dismissed the idea of systemic racism in American and implicit bias amongst some police officers, calling it a “great insult” to law enforcement.

Pence said, “Our heart breaks for any American innocent life…But I trust our justice system—a grand jury that reviews the evidence.”