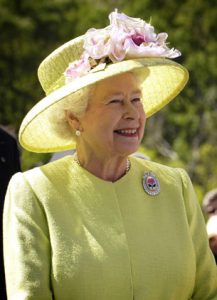 Jamaica will fly flags on public buildings at half-mast to mark the passing of Queen Elizabeth II from Sept. 8 to Sept. 19, the official period known as the Period of Mourning.

The Office of the Prime Minister (OPM) recommended that no celebratory events take place during the Period of Mourning, as is custom.

The Jamaica Gleaner reported, “Bells will be tolled nationally at churches throughout all parish capitals today, commencing at 6:00 pm for a period of one hour.

“A Condolence Book will be established at King’s House with effect from September 12 to 19. The book will be available to dignitaries in the lobby of King’s House between the hours of 10:00 am and 4 pm as of Monday, September 12, on a predetermined schedule.

“Condolence Books will also be established in the offices of the custodes in all parishes. Members of the public will be invited to sign the books from September 13 to 19.

“On Saturday, September 10, to mark the proclamation of the new Monarch, all flags should be fully hoisted between the hours of 8:00 am and 1:00 pm. The Jamaica Defence Force will deliver a 21-Gun Salute at 11:00 am.

“The OPM said further announcements will be made regarding the holding of the National Memorial Service and other official parish services.”

Despite Jamaica honoring the late Queen Elizabeth II, 96, the ascension of King Charles III to the throne has increased calls for the United Kingdom to pay reparations to Jamaica.

Activists in Jamaica desire to remove the monarch as head of state for their nation.

Furthermore, many activists want Great Britain to pay Jamaica and other nations reparations for slavery.

Kate Chappell and Michela Moscufo of Reuters reported, “The prime minister of Jamaica said his country would mourn Elizabeth, and his counterpart in Antigua and Barbuda ordered flags to half-staff until the day of her burial.

“And an eight-day tour in March by now heir-to-the-throne Prince William and his wife Kate, to Belize, Jamaica and the Bahamas was marked by calls for reparation payments and an apology for slavery.”

However, Hall-Campbell said, “As the role of the monarchy changes, we expect this can be an opportunity to advance discussions for reparations for our region.”

The academic added that she hopes that the new king will lead in such a way that reflects the “justice required of the times. And that justice is reparatory justice.”

Reuters reported that over 10 million Africans were kidnapped from their homeland, shackled in slave ships and sent to toil for free in Europe from the 15th century to the 19th century.

For those that survived that transatlantic slave trade, their lives were spent slaving in the Caribbean and the Americas.

Speaking about King Charles II’s comments about his personal sorrow over slavery, Jamaican reparations activist Rosalea Hamilton said his comments provided “some degree of hope that he will learn from the history, understand the painful impact that many nations have endured ‘til today.”

In 2021, the Jamaican government announced its plan to seek reparations from Great Britain for the 600,000 Africans forced into slavery, working on the sugarcane and banana plantations of British slaveowners.

David Denny, general secretary of the Caribbean Movement for Peace and Integration in Barbados, said, “Whoever will take over the position should be asked to allow the royal family to pay African people reparations.”

He added, “We should all work towards removing the royal family as head of state of our nation.”

Jamaica has given hints that they may follow Barbados in the near future by removing royal rule.

However, Jamaica would probably remain members of the Commonwealth.

A survey conducted in August revealed that 56 percent of Jamaicans favor removing the British monarch as the head of state.

In 2020, Mikael Phillips filed a motion for removal of the monarch as head of state in Jamaica.

On Sept. 8, Phillips said, “I am hoping as the prime minister had said in one of his expressions, that he would move faster when there is a new monarch in place.”

Former St. Lucia Prime Minster Allen Chastanet, who now serves as opposition leader, said he supports a “general” movement towards making his country its own republic.

Chastanet said, “I certainly at this point would support becoming a republic.”

Early in the day on Sept. 8, news began to circulate worldwide that doctors had grown concerned about the health of Queen Elizabeth.

In her last public picture with Britain’s new Prime Minister Liz Truss, the queen who sat on the throne for 70 years, looked frail.

Her family began arriving at Balmoral, as it turns out now, to say their final goodbyes to their mother and grandmother.

After the longest serving monarch died peacefully at her Balmoral castle in Scotland, the new monarch released a statement that read, “The death of my beloved Mother, Her Majesty The Queen, is a moment of the greatest sadness for me and all members of my family.

“I know her loss will be deeply felt throughout the country, the Realms and the Commonwealth, and by countless people around the world.”