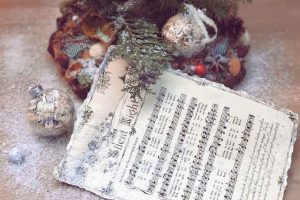 The Temptations’ 1980 version of “Silent Night” is one of the most popular Christmas of all time.

Christmas is almost universally regarded as the most wonderful time of the year.

Often, strangers help other strangers during the holiday season.

People give back to the less fortunate.

And those that celebrate Christmas break out some of the best music of all time that only seems appropriate during the month of December.

But for some, holidays do not represent the most wonderful time of the year because the holidays remind some of those missing loved-ones that they cannot spend time with anymore, this side of Heaven.

Therefore, some of the best Christmas music of all time have some of the saddest and most melancholy musical notes and lyrics ever put to paper.

Therefore, RegalMag.com staff members put their heads together to come up with a list of some of the best Christmas music of all time that deals with pain, world issues, heartbreak and loss.