Herschel Walker: ‘I’m Not That Smart’ Ahead of Upcoming Debate with Warnock 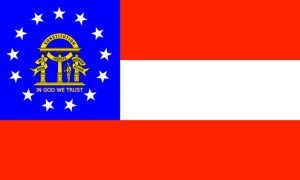 Georgia has become a toss-up state in recent years.

Football legend and Republican senatorial candidate Herschel Walker has apparently set the bar low for himself in his upcoming debate with Sen. Raphael Warnock (D-Ga.).

Walker and Warnock’s debate will occur on Oct. 14, and many Warnock supporters have looked forward to that date believing that Walker will stumble when put on the spot in front of Georgia voters.

The former Heisman Trophy winner from University of Georgia said, “I’m a country boy. I’m not that smart. He’s a preacher. Warnock is smart and he wears these nice suits. So, he’s going to show up and embarrass me at the debate on Oct. 14. And I’m just waiting to show up and I will do my best.”

While the pastor of famed Ebenezer Baptist Church in Atlanta agreed to a debate in July, Walker initially turned down a debate, saying that he would not show up to a proposed debate in August.

Initially, however, Walker blamed the incumbent senator for not having a debate locked in ahead of the November midterm election.

This summer, Walker told the Savannah Morning News, “He may not even show up for that one. He has made every excuse not to show up. I begged him until I chased him down and then he decided he was going to show up Oct. 14. I didn’t agree to his debate because it wasn’t fair. A fair debate is doing it in front of the voters, and I’ve agreed.”

However, Warnock’s campaign said that the senator agreed to three debates and invited Walker to participate in those debates.

But the Warnock campaign said that Walker turned down debating Warnock for two months before attempting to set a debate for a date other than the Oct. 14 debate.

Warnock dealt with a custody battle concerning his two sons with his ex-wife Ouluye Ndoye this spring.

And after Walker criticized Black men for being absentee fathers, many called him out because of his estranged relationship with his two children.

After the Supreme Court overturned Roe v. Wade, which had guaranteed women the constitutional right to an abortion, the hot-button topic has taken center stage during the midterm elections.

The former Dallas Cowboys running back criticized the Baptist pastor for supporting abortion rights, saying that as a Christian he believes in life.

Warnock said that overturning Roe v. Wade “is a departure from our American ideals and a failure to recognize and protect a core protection for women in this country.”

The debate will air in Atlanta on Fox 5 and Savannah’s Nexstar affiliate WSAV.

Walker’s spokesperson Will Kiley said that the candidate, who received the endorsement of former President Donald Trump, was downplaying how well he will do at the debate in a sarcastic way.

In a statement, Kiley said, “It is a sad day when so many people in politics and the media don’t understand sarcasm. Herschel has been traveling across Georgia for over a year meeting the people and listening to their concerns. Herschel is going to be ready on October 14 in Savannah to debate Raphael Warnock, who has to stand there and explain his horrendous voting record to the people.”

Despite Kiley’s statement, many Walker critics have used some of his answers to reporters’ questions as proof that he is not “intelligent” enough for the job of representing the people of the “Peach State.”

Walker, who once played for Trump when the former president owned the New Jersey Generals of the United States Football League (USFL), has also received criticism from both parties for alleged domestic abuse in the past.

Max Greenwood of The Hill reported, “Kemp, who beat Abrams narrowly in the state’s 2018 gubernatorial election, has the support of 50 percent of likely voters. But Abrams isn’t far behind, with 48 percent saying they back her in the race—still within the poll’s 2.7 percentage point margin of error.”

Despite Trump’s endorsement of Walker, the former football great only has a 40 percent favorability rating amongst potential Georgia voters.

On the other hand, the incumbent senator has a 51 percent approval rating in Georgia.

Despite Trump’s obsession with the Big Lie of widespread voter fraud and his anger at Kemp for not overturning the legitimate results, Kemp beat Perdue easily because of his favorability rating amongst Georgia Republican voters.

Furthermore, the Quinnipiac University poll shows that a vast majority of Georgia voters already know who they will vote for in the 2022 midterm elections.