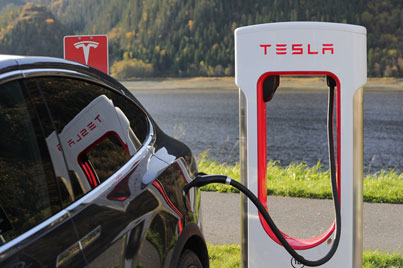 Former Tesla employees have accused the company of fostering a racist work environment.

After the electric car company Tesla failed to stop supervisors from calling an African-American employee the N-word, the company has paid that former employee approximately $1 million.

Black Enterprise reported, “Melvin Berry, who was hired at a Northern California Tesla plant in 2015, was granted the money by an arbitrator. Berry quit the plant after 18 months. According to court filings, the arbitrator found Berry’s allegations more credible than Tesla’s denials.

“Berry claimed when he confronted a supervisor about his frequent use of the N-word, he was forced to work longer hours with heavier equipment. Berry said he hopes his case brought attention to the way Tesla treats its Black employees.”

The former Tesla employee, 47, said, “I hope the world knows that an arbitrator found Tesla treats its employees like this.”

Berry added that he will now take some time off to deal with his mental health.

He said he still “hasn’t gotten over the healing process.”

Despite the settlement, Tesla has denied all allegations of racism and racial discrimination in the past.

In 2017, the company released a statement that read, “(Tesla) is absolutely against any form of discrimination, harassment, or unfair treatment of any kind.”

Nevertheless, arbitrator Elaine Rushing found the electric car company based in Austin, Texas liable because the N-word came from the mouth of a supervisor.

Rushing said, “Case law is clear that one instance of a supervisor directing the N-word at a subordinate is sufficient to constitute severe harassment.”

Black Enterprise reported, “According to Bloomberg, Black employees at Tesla have complained for years that the company turns a blind eye to the commonplace use of the N-word and was slow to clean up graffiti with swastikas and other hate symbols scrawled in common areas.

Former employee Owen Diaz said, “You hear, ‘Hey boy come here,’ ‘N-i-g-g-e-r,’ you know all this. When you really just look at it, you ask yourself at some point, ‘Where is my line?’”

The Los Angeles Times reported, “It’s challenging for employees to win discrimination cases in arbitration because the evidence-gathering process is more restrictive than in court, making it harder to prove claims of wrongdoing, said Cliff Palefsky, a San Francisco employment lawyer who wasn’t involved in the case.”

Rushing said, “Racial discrimination awards are rare, and it seems this was especially hard fight.”

She added that she “was clearly troubled by the facts, culture at the company and the tone of the defense.”

The Los Angeles Times reported, “While Berry’s arbitration was confidential, which is typical, his victory came to light in a standard petition that his lawyer filed in court to enforce the arbitrator’s order. His lawyer, Lawrence Organ, said in an interview that his client won’t be taking any further legal action as Tesla has since paid the award.

“Three-quarters of the $1.o2 million award is for Berry’s attorney’s fees and legal costs. Rushing also directed Tesla to pay the ex-employee $266,278.50 in damages, including $100,000 to compensate for emotional distress.”

Despite the ruling, Tesla said that there is no written evidence, or evidence in his medical reports, that Berry ever complained about a supervisor calling him the N-word.

Tesla told the arbitrator that their former employee left the company voluntarily, and only deserved $148 for his financial losses.

Berry admitted that his emotional distress was “garden variety,” and something that a typical person would experience if placed in the same situation.

The Los Angeles Times reported, “After his supervisors turned against him, Berry alleged, he suffered sleepless nights, panic attacks, depression and anxiety, prompting him to seek help from a psychologist for the first time, according to the ruling. He broke down during the arbitration proceeding as he recalled how he ‘became quiet and cried a lot’ and ‘questioned his sanity,’ Rushing wrote.”

The arbitrator also said that the supervisor who wrote Berry up for slacking on the job had credibility issues.

“This is a case of a 23-year-old White man with only a high school education supervising a 43-year-old African-American man with a college degree, a classic invitation for serious resentment,” the arbitrator said.

When Marcus Vaughn, a Black employee, described the company as a “hotbed of racist behavior” in a lawsuit, Tesla fired back with a blog article entitled, “Hotbed of Misinformation.”

In the blog post, Tesla wrote they investigated Vaughn’s claims and fired three employees as a result.

The Los Angeles Times reported, “An ex-Tesla employee at the Fremont factory for about two years said in a sworn declaration in the Vaughn case that he had heard the ‘N-word’ used at least 100 times by co-workers and that Black and White employees alike referred to the factory as ‘the plantation’ or ‘slave ship.’

“In April, a judge in Alameda County Superior Court rejected Tesla’s request to block Vaughn from seeking class-action status to represent other workers. Separately, a contract worker who came to Tesla as an elevator operator in 2015 is set to face off against the company over the discrimination claims in a September trial.”

The cases were filed with the California Department of Fair Employment and Housing.

He received criticism for his misinformation about COVID-19 last year.