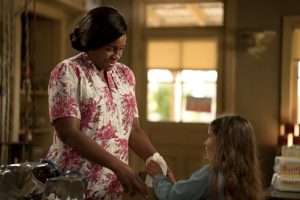 (“Where the Crawdads Sing” trailer courtesy of Sony Pictures Entertainment)

Many people can relate to the outcast or the black sheep.

Many know how it feels to not fit in with the crowd.

But how many can relate to ostracism getting so dire that it could impact one’s freedom or long-term reputation?

“Where the Crawdads Sing” is an emotional tale of love and survival despite ostracism and rejection.

In “Where the Crawdads Sing,” the Clark family never really belonged to the community of Barkley Cove, N.C., despite the family living there for years.

The Clark family lives near the marshes, where the grass grows out of the water.

Furthermore, they very rarely venture too far from their comfort zone.

The locals begin calling the baby of the Clark family the marsh girl, with some Barkley Cove residents even saying that she is part wolf or the missing link between ape and human.

But if they only knew Kya Clark’s (Daisy Edgar-Jones) story of survival, they would see someone who pulled herself up by her own bootstraps and survived in conditions that would have killed many people in her situation.

In “Where the Crawdads Sing,” Kya is left to fend for herself in the marshes when her large family suddenly disappears, leaving her to raise herself as an elementary-aged child.

Kya often does not have much food to eat.

Therefore, on the suggestion of some of the nicer people of the community like Jumpin’ (Sterling Macer Jr.) and his wife Mabel (Michael Hyatt), Kya decides to attend school just so that she can get the free lunch given to children her age.

But after her classmates make fun of her hygiene and insufficient attire, she never attends school after that one day.

In “Where the Crawdads Sing,” Kya instead uses her survival skills, selling mussels to Jumpin’ and Mabel, and being weary of any stranger that she encounters.

However, Kya does let her guard down around Tate Walker (Taylor John Smith), a young man she has known since childhood through her brother, Jodie (Logan Macrae).

Much to the chagrin of Tate’s father and the locals, the two become very close, bonding over an eventual love for books once Tate teaches Kya how to read.

The locals in Barkley Cove cannot understand why Tate has taken a liking to a girl that is so obviously beneath him.

Tate is on his way to the University of North Carolina in Chapel Hill, N.C.

Therefore, what could he possibly see in a girl so far beneath his station and standing in the community, and life in general?

When Kya becomes involved with Chase Andrews (Harris Dickinson), he begins to receive the same side-eye looks that Tate received when he dated Kya.

As a result, when Chase comes up deceased on the beach, many of the town locals begin to suspect the marsh girl murdered him.

Honestly, what other plausible explanation could there be when a friend of the marsh girl meets an untimely demise?

Everyone else in the town is civilized.

The marsh girl is probably the only one savage and animalistic enough to murder such a respected member of the community like Chase.

As a result, Kya is arrested and charged with murder.

If convicted, the marsh girl could receive the death penalty.

That dilemma would be daunting and nerve-wrecking for any defendant.

But how does a person get a fair trail from a jury of their peers if they have no real peers in the community?

Kya has no real friends in Barkley Cove.

She has no family in Barkley Cove.

And everyone in the community already assumes the worst about the so-called marsh girl.

However, for a young lady that has survived Hell on Earth by herself as a child, giving in to the people who have caused her so much pain through the years is totally unacceptable.

“Where the Crawdads Sing” will resonate because many love the underdog story.

Although many have been guilty of ostracizing people who do not look like them, act like them or come from similar backgrounds, many of those same people hate to see others getting mistreated because of their differences.

Furthermore, many people love when the underdog overcomes all those seemingly insurmountable obstacles to find success.

Kya on trial in “Where the Crawdads Sing” has “To Kill a Mockingbird” vibes.

The marsh land and the country terrain have “Eve’s Bayou” vibes.

And her love life has “The Notebook” vibes at times.

When it comes to Kya’s love life, the nonverbal skills of the actors in “Where the Crawdads Sing” really stand out.

“When the Crawdads Sing” also shows the negative consequences of abuse, whether it is verbal, physical or emotional.

Kya has endured so much in “Where the Crawdads Sing” that it makes it almost impossible to trust another person or depend on another person, which has an adverse impact on any relationship the person enters, romantic or otherwise.

As a result, the physical violence in “Where the Crawdads Sing” might be hard for some moviegoers to stomach.

However, the heartwarming story of survival will connect with audiences.

And the ending of “Where the Crawdads Sing” will leave those same audience members stunned.

But even with the surprise climax, audience members will still relate to “Where the Crawdads Sing.”