Film Review: Prince-Bythewood’s ‘The Woman King’ Another One for the Culture 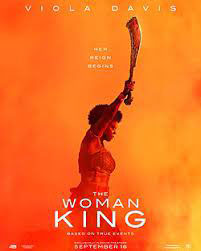 D.J. Khaled, please let filmmaker Gina Prince-Bythewood borrow your catchphrase because she has another one with “The Woman King.”

In 2000, Prince-Bythewood gave the culture a classic with “Love & Basketball” starring Sanaa Lathan and Omar Epps.

But with “The Woman King,” she takes the culture global and gives the culture a momentous movie that will rival “Black Panther” in its social significance to the African and African-American communities.

“The Woman King” begins with an opening statement setting the stage for the conflict that will ensue in the same mode of a “Star Wars” film.

In the Prince-Blythewood directed film, the Dahomey kingdom is slowly seeing their way of life destroyed.

In 1823, other African tribes and kingdoms have partnered with each other and European slavers to take over the Dahomey land and capture their people to sell them into a life of bondage.

While the Dahomey kingdom has acquiesced with other tribes and European nations in the past, there comes a time when a group of people must stop relying on nonviolence and must fight to preserve their freedom and way of life.

When all avenues of diplomacy fail, there is often no other choice but to declare war on an adversary, even if that adversary is larger and more powerful.

But what makes the Dahomey kingdom so unique is that in their culture, the women are the warriors and soldiers on the battlefield.

In 2022, women occupying the battlefields of war is not that uncommon, as many women have fought right alongside their male counterparts in America and beyond.

However, there was a time in America, and other countries as well, that women were forbidden from fighting in battles regardless of their ability or ingenuity.

Therefore, to see a band of sisters fighting the strongest of men on the battlefields in the 19th century is next-level feminism and equality, especially when seeing it unfold on the big screen.

Although many of the Dahomey’s adversaries have more technologically advanced weapons like firearms, the all-female unit of soldiers known as the Agojie use pure strength and tactics to subdue their more tech-savvy opponents.

In “The Woman King,” the Agojie also use the element of surprise to sneak up on their male opponents who might get a little overconfident when they realize that the only thing stopping them from taking over Dahomey land and enslaving their people is a group of young females.

Although people from other African kingdoms might think less of the Agojie, the women warriors are treated like royalty when they walk through the streets of the Dahomey kingdom.

The Dahomey have a ruler named King Ghezo (John Boyega, “Breaking”) who makes all the decisions.

But it is the Agojie warriors like Nanisca (Viola Davis) and Amenza (Sheila Atim) who are the real difference makers for the Dahomey people because they are the ones who risk their lives on a regular basis to preserve their culture and customs.

But despite having a culture that promotes equality on the battlefield, the Dahomey are still backwards to some degree when it comes to gender equality.

In “The Woman King,” marriages are still prearranged by the parents of the future bride.

Therefore, love and the wishes of the woman are not involved when it comes to women entering adulthood.

Whichever man has the most money usually gets the woman of his choice.

And unfortunately, the woman usually has no say in the matter.

However, Nawi’s (Thuso Mbedu) father and future husband find out the hard way that she is not for sale and that her life will be lived on her terms, not the terms of two older men playing God in her life.

As a result of Nawi’s disobedience, her father kicks her out of the house and drops her off at a camp that trains the Agojie women soldiers.

Unfortunately, Nawi has trouble assimilating into the Agojie camp too because of the independent streak that got her excommunicated from her father and the rest of her family.

In “The Woman King,” Nawi thinks for herself and thinks out of the box.

Those are often good traits to have in some occupations.

But when it comes to the military and war, if all the soldiers are not on the same page it could lead to death and destruction.

Despite Nawi’s maverick ways, Nanisca takes a liking to Nawi and allows her to continue to train in her attempts of becoming an Agojie warrior and saving her people from slavery, colonialism and imperialism.

Prince-Bythewood’s “The Woman King” is brilliantly made and acted.

The film beautifully displays the customs and culture of Africa.

But most importantly, “The Woman King” comes out at the perfect time with all the social media and mainstream media attention that the slave trade, colonialism and imperialism has received over the last week in the wake of Queen Elizabeth II’s passing in Scotland.

“The Woman King” will become a cultural phenomenon for several reasons.

“Black Panther” became epic because the movie showed the first real superhero movie based on a character from Africa or of African descent.

However, “Black Panther” was fictional and a Marvel make-believe movie.

“The Woman King” is based on real events.

Many African-American moviegoers complain about the movies that depict Black history because those movies often show African-Americans in subservient roles from slavery movies or movies based on the civil rights movement.

Many in the African-American community have longed for movies that depict African kings and queens.

With “The Woman King,” those moviegoers will get what they have long yearned for.

And Prince-Bythewood gets to show how diverse she truly is as a filmmaker.

All her films are different from “Disappearing Acts” to “The Secret Life of Bees” to “Beyond the Lights.”

But “The Woman King” is another one, meaning it might be number one when her directorial career is over and done and fans and critics rank her films.

This one is that good.