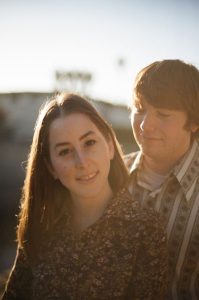 Do you remember when RegalMag.com labeled the Christmas 2021 movie season as the season of the film hustlers?

“Licorice Pizza” is a coming-of-age tale that portrays the story of the positive hustler that finds a legal angle in everything and exploits that angle for all its worth.

While just in high school, Gary has become a consistent actor in Hollywood, even appearing with other celebrities on late night talk shows.

He even has his parents working for him in his own public relations firm.

In “Licorice Pizza,” Gary basically raises himself and his young brother, taking his little brother for fast food at night before dining alone in a five-star restaurant visited by many of the biggest Hollywood players.

So it does not seem odd when 15-year-old Gary shoots his shot at an older woman in Alana (Alana Haim), expecting to pull the 20-something woman.

Many young boys have fantasies about romancing older women like teachers or babysitters.

However, few have the guts to shoot their shot.

Even for those who shoot their shot, many probably do not feel that their shot will go in.

But the late R&B songstress Aaliyah once said age ain’t nothing but a number.

Maybe that is not the best example considering the pedophilia nature of that song, written and produced by R. Kelly.

While Gary’s career has made him a celebrity by age 15, Alana still has not gotten her career together despite being like seven to 10 years older than Gary.

While working for Tiny Toes, Alana meets Gary at his high school as she helps high school students get ready for their yearbook pictures.

Despite the age difference, Gary gets the much older Alana to meet him at his favorite restaurant.

A friendship immediately develops despite the unspoken attraction and sexual tension coming from Alana’s part.

Gary makes it known that he is interested in a romantic relationship with Alana.

However, Alana does her best to keep it platonic.

Alana gets so close to Gary and his mother that when Gary’s mother cannot chaperone him to New York to appear on a late-night talk show, Alana fills in for her.

That chaperone gig leads to more gigs working for Gary like in his waterbed company, potential acting gigs and other jobs.

What it does not lead to is what Gary wants most.

That is a romantic relationship.

In “Licorice Pizza,” even though Alana turns down Gary’s advances, she does not turn down dates with men her own age.

But to Gary, not understandable at all because he does not see himself as a typical teenager.

His maturity and success in his career means he does not see an age gap at all because Gary spends most of his professional and personal time with people older than him in Hollywood.

Despite his maturity, Gary does periodically act like a teenager or young person when it comes to crushes or relationships.

When a youngster wants to see if a person of the opposite sex is indeed interested in them despite claiming that they are not, the best way to see how they really feel is to make them jealous.

And nothing makes a person more jealous than to see someone they truly like moving on with another person.

But the problem with playing games in life and relationship is very seldom does the game end in a tie.

That means when someone plays games in courtships or relationships, someone often loses and that is never good for a couple trying to come together when they have so many other things that should keep them apart.

In “Licorice Pizza,” do the games that Gary and Alana play end in a tie or does it end in someone’s miserable defeat?

Many people can remember people that they grew up with that were mature past their years.

So much so that they had people younger and older than them following in their footsteps.

Whether it was because they were extremely talented in sports, or famous because of television and movies like Gary, the cool kids often fit in better with their elders than their peers.

Hoffman’s performance as Gary in “Licorice Pizza” makes the lead character likable despite his hustling ways.

Although successful as an actor, Gary’ true passions are finding success in whatever business he can sink his teeth in and not in one particular field or industry.

In “Licorice Pizza,” Alana is likeable too despite her pedophilic ways.

Surprisingly, Penn and Cooper’s characters are the least likable characters in “Licorice Pizza.”

That just shows how well Hoffman does in his portrayal of Gary in “Licorice Pizza.”

To make a hustler like Gary more likable than characters portrayed by his elder statesmen in Hollywood shows he might have what it takes to make it as a hustler in the treacherous waters of Hollywood.