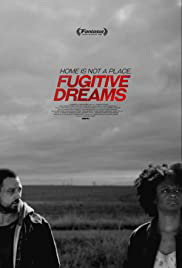 So Much Promise, So Much Lost Potential

“Fugitive Dreams” has so much potential.

But potential does not always lead to the Promised Land in any avenue of life.

Many coaches have gotten fired because their players did not live up to their potential.

Likewise, many movies squander the potential they show at the starting line and barely make it across the finish line, if they make it that far at all.

There is something about black and white films during the color, HD and 3-D eras that add a regal air of sophistication.

Black and white films have the same effect on moviegoers that throwback jerseys have on sports fans.

True, the advanced technology and design of the 21st century is much better, but sometimes less is more and things do not always get better with change.

When the Houston Astros wear the rainbow uniforms and orange baseball caps, it arguably does more for the fans and the players than when they appear in current uniforms.

Spike Lee’s first theatrical release, “She’s Gotta Have It” also benefitted from the black and white moving pictures and insertion of jazz from his father, musician Bill Lee.

In “She’s Gotta Have It,” Lee injected some splashes of color periodically.

However, he did it so seldom that it did not take away from the ambiance provided by black and white images on the screen.

But “Fugitive Dreams” is not all style without any substance.

The lead performances in “Fugitive Dreams” add spice without adding much color.

When some movie fans think about great acting performances, the passion in which someone delivers their dialogue is what some immediately think about.

But what about the unspoken word in a movie, theatrical play or television show?

Since experts believe that most communication is nonverbal, attention has to be given to the power in the facial expression of the actors in “Fugitive Dreams.”

In “Fugitive Dreams,” Mary (April Matthis) has a look of intensity and pain throughout the film.

On the other hand, her counterpart in “Fugitive Dreams,” John (Robbie Tann) constantly has a lost or confused appearance.

In “Fugitive Dreams,” both Mary and John are running from things in their past.

The two meet by happenstance when John accidentally busts into a women’s restroom occupied by Mary.

John accidentally interrupts Mary before she does something to herself that she cannot take back.

Mary has lived a troubled life.

In fact, Mary has scars on her back to prove how difficult a journey life has been for her.

While Mary initially wants nothing to do with John after their chance encounter in the restroom, like a bratty brother or an overzealous suitor John continues to follow Mary around.

Mary is the quiet type.

On the contrary, John cannot stop talking to save his life.

Although John talks highly about growing up with his brother the police officer, he is hiding some scars too, internally and externally.

His talkative nature and painful past almost makes it impossible for him to sleep at night.

Furthermore, the fact that his past trauma has infected his peace could mean that the same fate awaits Mary if they continue their newfound friendship.

Despite their abrupt introduction, Mary is good for John.

As two homeless people, hopping on trains to escape their past or get to another destination in life, they have to learn to go without.

Food is at a minimum.

Security is at a minimum.

And true friendship is at a minimum.

But in “Fugitive Dreams,” Mary teaches John to survive on his imagination alone.

Mary envisions eating great meals like steak, which helps take the hunger pains away, if only briefly.

And John teaches Mary how to let her guard down and to have a heart.

When Mary manages to find some big sandwiches for them once the train makes a pit stop, John gives some other sandwiches to Touched and Providence (O-Lan Jones), some new passengers who have boarded their train to God knows where.

But even though John has a great heart, more of his checkered past might come to light with the arrival of Touched and Providence.

Touched believes that John has a nefarious reputation and he is determined to figure out if he is the fugitive, John Akin.

She has his back through and through although she never actually says that.

Truthfully, Providence does not really say anything.

She just makes this God forsaken noise when she wants to communicate.

Somehow, Touched always understands what she is saying as if the two are speaking pig Latin or speaking in tongues.

Providence has to be one of the weirdest movie characters in recent memory.

But her performance is effective.

From top to bottom, the performances in “Fugitive Dreams” are stellar.

Therefore, the actors and actresses are obviously not the problem.

The problem is that storyline in “Fugitive Dreams” loses so much steam while traveling down the train tracks of the movie screen, that moviegoers will feel let down because the film did not live up to its potential.

But potential does not see itself fulfilled.