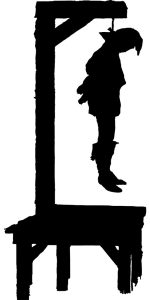 During Reconstruction Era, and its aftermath, White supremacists used lynching as a means to intimidate and terrorize African-Americans.

But maybe the 250th or 300th time was the charm for the Emmett Till Anti-Lynching Bill, which makes lynching a hate crime.

The bill passed unanimously in the Senate on March 7.

Senate Majority Leader Chuck Schumer (D-N.Y.) said, “While this will not erase the horrific injustices to which 10s of 1000s of African-Americans have been subjected over the generations, nor fully heal the terror inflicted on countless others, it is an important step forward as we continue the work of confronting our nation’s past in pursuit of a brighter and more just future.”

Despite the long road to passage for the anti-lynching bill, the bill is the first legislation of its kind in over 100 years.

With race relations and discrimination grabbing headlines over the last few years with the murders of George Floyd and Ahmaud Arbery and hate crimes targeting members of the Asian-American community, the bill has received praise for addressing the uptick in racial hate crimes.

ABC News reported, “Lynchings were used to murder and terrorize the Black community in the U.S., predominantly in the South, from the 1880s to 1960s, the NAACP states. The Equal Justice Initiative, a racial justice advocacy and research organization, has documented nearly 6,500 racial terror lynchings in America between 1865 and 1950.

“An offense can be prosecuted as a lynching when the offender conspires to commit a hate crime that results in someone’s death or serious bodily injury under this bill. This includes kidnapping and aggravated sexual abuse or an attempt to kidnap, abuse or kill.”

If found guilty of lynching, a perpetrator can receive up to 30 years in prison, which raises the maximum sentence by 20 years from past incarnations of the bill.

The anti-lynching bill receives its moniker from the late Till, who at 14-years-old allegedly whistled at a White woman in Money, Miss.

The Chicago teenager was then pulled violently out of his relatives’ home by family members of the woman, beaten savagely, tied to a cotton gin and dropped in a body of water.

Although an all-White jury found the men not guilty of Till’s murder, his mother Mayme Till’s decision to have an open casket funeral for her mutilated son, galvanized the Civil Rights Movement after the images appeared in Jet magazine in 1955.

In a tweet, Rep. Ayanna Pressley (D-Mass.) said, “If Emmett Till was still with us, his family might call him a granddad. Tonight, after decades of delay, Congress passed the bill named for him. When President Biden signs it, lynching will become a federal hate crime. I’m thinking of our ancestors and our babies tonight.”

Based on FBI data, African-Americans still remain the demographic most victimized by hate crimes, making up 2,871 of the 8,263 documented hate crimes in 2020.

Rep. Bobby L. Rush (D-Ill.) said, “By passing my Emmett Till Anti-Lynching Act, the House has sent a resounding message that our nation is finally reckoning with one of the darkest and most horrific periods of our history and that we are morally and legally committed to changing course.”

According to The African American Encyclopedia, “The concept of lynching and lynch law are thought to have originated in colonial Virginia where Colonel Charles Lynch, a wealthy planter and justice of the peace, headed an extralegal court and led an organization of patriots that meted out punishment to outlaws and Loyalists for their presumed crimes during the American Revolution. Lynch and his followers justified their actions on the grounds that no other form or law was immediately available during the period of upheaval brought on by the war. In later periods, lynching spread to other frontier regions where formal legal provisions for punishing crime were nonexistent or thought to be inadequate.”

However, when the Reconstruction era began in the South and its aftermath, lynching became commonplace as a means of executing and punishing African-Americans who had allegedly broken the law or the racial codes of the day.

Additionally, the lynching of African-Americans for getting out of line allowed White Americans to maintain the racial hierarchy that cast White Americans as superior and all people of color as inferior.

The earliest examples of lynchings though were the Loyalists who were literally tarred, feathered and run out of town to horse thieves who were hanged for their alleged crimes and transgressions.

According to The African American Encyclopedia, “The Ku Klux Klan, the Knights of the White Camellia, and other secret organizations were formed around this time; members of these marauding groups sought to destroy the rights of Black citizens by conducting nighttime raids, setting fire to Black-owned houses, assaulting Black families, and murdering Black individuals who spoke out against them…

“By the 1890’s, lynch mobs had begun to employ brutal and sadistic tactics against Black victims. These victims were hunted down, beaten, tortured, and burned at the stake. Sometimes, lynching victims were dismembered in order to provide souvenirs for onlookers. While still serving as a symbol of entrenched racial hatred, lynching was transformed into a recreational spectacle in which White residents brought their families to view the hangings. It was not uncommon for newspapers to carry advanced publicity for some lynchings, and railroads chartered special excursions to transport large crowds to these events.”

Most of the people lynched from 1890 to 1900 lost their lives because of accusations like disputing with White shopkeepers, using foul language, not addressing White people with the proper respect, challenging the authority of White people by trying to vote in an election, testifying against White people in court and/or applying for jobs above their social station.