Fake News Alert: Entertainers Once Stayed Out of Politics 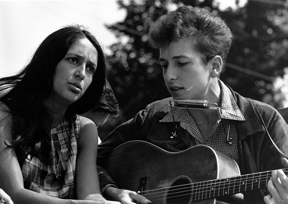 Today is Yesterday: Entertainers Have Never Stayed Out of Politics

Don’t you miss the days when entertainers and athletes stayed out of politics and social issues?

From Earth Kitt to Jane Fonda, from Ray Charles to Tupac Shakur and from Muhammad Ali to LeBron James, celebrities have often used their platform or bully pulpit to preach a sermon of equality and unity.

However, to some people on both sides of the political aisle, a celebrity speaking out at awards shows and on the playing field is something new.

The fact of the matter is art imitates life.

But some people choose to use their art to make life better for those who do not enjoy the platforms that they have.

To set the record straight on celebrities using their star power for activism, RegalMag.com highlights some of the stars from yesterday and today who refused to just entertain us.

Marlon Brando—If a person looks at old footage from civil rights marches of the 1960s, that person might see actor Marlon Brando next to leaders of the day like James Baldwin and Martin Luther King, Jr. Brando backed out of a role after King’s assassination to make more of a difference on social issues. To protest the portrayal of Native Americans in Hollywood, Brando sent Sacheen Littlefeather to decline his Best Actor Academy Award for “The Godfather” and speak out on the issue.

Harry Belafonte—Many celebrities speak out on civil rights. However, not as many walk the frontlines like actor/singer Harry Belafonte. During the civil rights movement, some celebrities funded the movement and some participated in the marches and protests. Belafonte did both. Furthermore, Belafonte often provided financial resources for the King children, like money for school, during and after King’s life.

Marvin Gaye—Motown Records produced some of the best love songs of the 1960s. However, when 1971 rolled around, Marvin Gaye wanted to produce a protest record that would criticize the Vietnam War, conditions in the inner city and man’s mistreatment of the environment. Motown CEO Berry Gordy initially hated the idea, thinking that it would alienate some of Motown’s conservative fans. Gaye won the argument, and in 2020 Rolling Stone named his “What’s Going On” album as the best of all time.

Stevie Wonder—Following in the footsteps of Gaye, his Motown Records brethren, Stevie Wonder used his art to highlight social issues on songs like “Living for the City,” “You Haven’t Done Nothin,’” and “Village Ghetto Land.” However, it was his classic song “Happy Birthday” in 1980 that helped galvanize the movement to honor King’s birthday with a national holiday that stands out as his most influential protest song. Wonder dropped two new singles (“Where Is Our Love Song” and “Can’t Put It In The Hands of Fate”) this week with political themes.

Bob Dylan—Folk music legend Bob Dylan performed at the March on Washington. He stood near King when he gave his iconic “I Have a Dream” speech. In a 2005 documentary, Dylan said the speech still affects him today. At the March on Washington, Dylan sang protest songs like “Only a Pawn In Their Game,” “When the Ship Comes In,” “Blowin’ in the Wind,” and “Keep Your Eye on the Prize.”

Joan Baez—The folk queen Joan Baez sang the anthem to the civil rights movement, “We Shall Overcome,” next to King at the March on Washington. But Baez did not stop at civil rights. She withheld 60 percent of her income tax in 1964 to protest military spending. In 1966, Baez stood in the fields with Cesar Chavez and other migrant farmers striking for fair wages. She also protested capital punishment at San Quentin during a Christmas vigil.

James Baldwin—Writer James Baldwin dedicated his entire professional life to depicting the plight of African-Americans and the LGBTQ community for the world to see. After Columbia Pictures bought the rights to “The Autobiography of Malcolm X,” the company picked Baldwin to helm the biopic on the slain Nation of Islam leader. Baldwin even wanted Billy Dee Williams to portray Malcolm. He also spoke at events to raise money for King’s Southern Christian Leadership Conference and its Poor People’s Campaign of 1968.

Kareem Abdul-Jabbar—Throughout the 1960s, entertainers and athletes used their platform to raise awareness about inequality in the United States. Many people speak about Muhammad Ali refusing induction into the military for the Vietnam War, and John Carlos and Tommie Smith’s Black Power salute during the National Anthem at the 1968 Summer Olympics. But sometimes it seems that people forget that Abdul-Jabbar (know then as Lew Alcindor) protested participation in the 1968 Olympics after his junior year at UCLA. At a time when professionals did not play basketball at the Olympics, having the biggest college star boycott sent a powerful message.

Paul Robeson—Actor/singer/athlete Paul Robeson rose to prominence at a time when segregation ruled the country and African-Americans often got lynched for simple things like looking at White women. The brother excelled at many things from sports to acting to singing. But the Rutgers University valedictorian and Columbia University Law School graduate simply could not just entertain people and stay quiet. He often travelled throughout Europe to speak out against the plight of his people back in the United States. However, when the Associated Press allegedly misquoted a Robeson speech before he even delivered it, all hell broke loose back home because the comments came across as supporting communism. Almost instantly, Jackie Robinson and members of the NAACP distanced themselves from Robeson, and when he got a rare singing gig in America, concertgoers had to endure assaults by members of the Ku Klux Klan

Charlton Heston—Actor Charlton Heston became one of the first actors to speak out against racism and for equal rights during the 1950s and 1960s, actively supporting the Civil Rights Movement. Heston later left the Democratic Party in 1971, joined the Republican Party and started a conservative political action committee. He would later endorse President Ronald Reagan for the highest office in the land. Heston also served in a leadership role in the National Rifle Association.