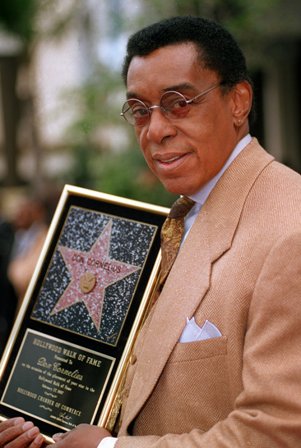 Clad in a navy blue windbreaker with a 76ers basketball jersey peeking out, a baby-faced teen dubbed “Mr. Knack” stepped onto the “hippest trip in America” flaunting his butterfly dance moves and cracking the effortless code of  “Soul Train’s” scramble board to mark his TV debut in 1997.

Ultimately, “Soul Train” chugged its Black cultural vessel down the changing tracks of soul, gospel, blues, R&B, pop and hip-hop for 35 years before its stop light in 2006.

And “Mr. Knack” eventually swapped his dance shoes for a microphone—along with his teenage moniker for real name Nick Cannon—to rap, dish out jokes and host NBC’s “America’s Got Talent.”

Now he’s stepping back into familiar territory by reawakening the “Soul Train” engine for NBC this year as producer and host of the iconic variety show.

However, music fans are split on whether the new generation “turned up” (aka excited) about music and dances found on YouTube, Vine, “American Idol” and “The Voice” will hop aboard the “love, peace and sooouuuullll” train.

“I think the worst fear is there is so much to watch—so much good TV it may get lost in the shuffle,” said Ericka Blount Danois, a Baltimore-based journalist when asked about a “Soul Train” re-launch. But she believes revitalization is needed for a new generation of performers.

“It could be a revolutionary show, if [they] go to places like recreational centers to find talent,” said Blount Danois. “We need something like that I think because ‘Soul Train’ was a mix of everything; you got to see local kids dancing in latest fashion, you also got to see artists perform in concert. Snippets of culture—scramble board, Afro-sheen commercials, (the) hottest actors, authors, (and) comedians like Richard Pryor, Cheech and Chong.

“It wasn’t like ‘American Idol,’ trying to find who has the most talent,” continued Blount Danois. “It was a cultural showcase [that explored] every element of Black culture that was hot. [Today] it would fill a void, for sure.”

That is especially true for R&B performers whose star power has dimmed because of the lack of opportunities allowing them to shine said Jawn Murray, entertainment personality and creator of AlwaysAlist.com.

“‘Soul Train’ gave a face to the music, so yes even now there is a need,” offered Murray. “It’s still hard to get Black artists booked on mainstream TV shows in 2014, so a revamped version of ‘Soul Train’ would give them a platform. You don’t see R&B artists like Eric Benét, Glenn Lewis, Lalah Hathaway and Noel Gourdin getting those TV looks.”

Murray added that a rebooted “Soul Train” will also provide a platform for emerging artists.

While the influence of a new “Soul Train” has yet to be proven, the original’s success and longevity (“Soul Train” was the longest running first-run, nationally syndicated show in TV history) has eclipsed the potential for a reboot, according to some fans of the show.

“I don’t want to see a mockery made of it. (I’d) hate to see the legacy tarnished, so it would seem better to come up with something new,” said Leonard Younger, a San Francisco native and Ohio transplant that religiously watched the show from 1978 to 1988.

What Younger means by something new is a new twist on a well-known formula.

“You have to have ‘Soul Train’ 2014. An evolution of ‘Soul Train;’ the train would have to evolve, be something different,” offered Younger.

He suggested pushing the legendary dance line off the track and introducing a “showcase circle” as a replacement to feature dancers, in addition to implementing a dance crew battle.

Brooklyn, N.Y.-based Charles J. Lee would add giving scramble board contestants prize money for unraveling the letters in less than a minute.

“I think it’s going to work.  We’re living in this era where the genre of rap music has changed,” said Lee, member of the “Soul Train” Dancers & Fans Facebook group that boasts over 300 members. “The new landscape has changed. I think [the show] is going to change for the better.”

Younger said segment changes will appeal to younger viewers and put its own identity on the show.

Cannon acquired the rights to recreate the “Soul Train” franchise last summer by utilizing a first look deal with NBC to establish scripted and unscripted series’ via his NCredible production company, which produces “Wild N’Out” for MTV2.

The media mogul is the latest entrepreneur to don the conductor cap and attempt to lead the urban variety show into the modern age.

The rights were sold to Johnson by MadVision Entertainment, a firm headed by partners in the publishing and entertainment industries that bought the franchise from Cornelius in 2008.

Four years after “Soul Train” changed hands from its mastermind creator; he died from a self-inflicted gun-shot wound to the head.

Cornelius turned his light bulb moment of a dance program revolving around Black performers for TV into over 1,100 hours of distinct dance moves and legendary performances that became the soul of Black entertainment and culture.

He was able to transform an urban variety show into a launching pad for undiscovered talent (i.e. Rosie Perez, Fred “Rerun” Barry and Jody Watley and Jeffrey Daniel of Shalamar) to soar into mainstream

“My initial thought when I heard that ‘Soul Train’ would be returning was to wonder if the show would possess the same soul and heart of the original first two decades of the show or would it take on a look that was completely different,” said Paul Kemp of Houston. “My hope is that it will remind me of the feelings (and) excitement that I once had whenever I watched the show during the late ‘80s, when I was truly enamored with it.”

Cannon realizes the cultural significance that “Soul Train” has on Black culture and promises to revive it the right way.

“Not only am I producing it; I’m hosting it. We got the rights. But it’s like full circle for me. A lot of people don’t know the first time I was ever on national television I was a ‘Soul Train’ dancer,” Cannon revealed to HuffPost Live last summer.

“It’s a passion project of mine. Obviously, what it means to our culture…one, it was one of the longest running syndicated television shows in history, and then, it just did so much for us, for our style, for our fashion. Saturday morning, you knew (what) was cool by what was on ‘Soul Train.’”

Marco DeSantiago was a key ingredient in the show’s authenticity as the fashion forward dance partner to Rosie Perez and Dina Rivera. He not only stood out for his long curly hair and original dance moves, but mostly for him and his partner’s matching outfits on the show.

“It was actually [Dina Rivera’s] idea to match outfits,” shared DeSantiago, a dancer on the show for 17 years. “Dina Rivera would call me sometimes a week in advance, sometimes a day in advance. And sometimes she wanted red and I would try to find something. Sometimes I would pull off a miracle and sometimes I would run to a drugstore and dye something and hope it would dry the night of (the) ‘Soul Train’ taping. It wasn’t my intention to stand out, just to complement her.”

Yet it was DeSantiago getting the compliments from fellow dancers for adopting local dances and bringing them on a national stage.

“Even though we did [a taping] once a month, you didn’t know what dances or fashions would be out,” said DeSantiago, a Los Angeles native. “We would go to clubs weeks before and see the dances; people in ‘Soul Train’ would ask how [did] that dance from Chicago get on ‘Soul Train?’ We had to always stay new.”

It’s a challenge Bronx, N.Y. native Andrew Saunders, leader of 17-member dance group W.A.F.F.L.E (We Are Family for Life Entertainment) would like to benefit from.

The dance group has been bringing their own soul and funk to New York City subway train cars utilizing their Lite feet produced dance routines; a combination of acrobatics and hip-hop dance with a sprinkling of hat and shoe tricks.

“[Commuters] think its break dance, but it’s a whole new style of hip-hop dance,” said Saunders, who can trace Lite Feet’s roots back to the show’s earlier episodes.

“I’ve seen one of the moves on YouTube, one move from ‘Soul Train’ was like a dive, a smooth dive,” explained Saunders. “A lot of old school moves like the split or like how they describe the Charleston [dance] is the closest thing to Lite Feet…

“It would be cool to bring [the show] back with a new dance style [like Lite feet],” added Saunders, who passed his business card to Cannon while an audience member at recent taping of ‘Wild N’ Out.’”

DeSantiago thinks they can publicize a new form of dance with a reignited “Soul Train” based on the belief that the essence of its legendary showcase remains the same, just the players have changed.

While the iconic show cannot replace a legend such as Cornelius like a character on a TV series, Cannon is ready to revitalize a show that took us on a ride like no other in the history of Black entertainment.