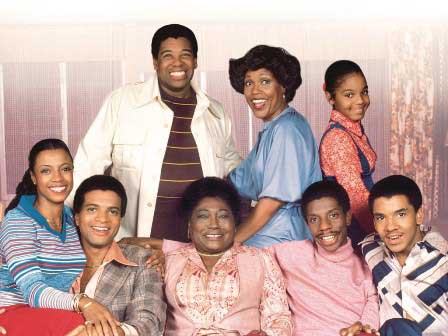 A “Good Times” film is coming to a theater near you courtesy of Sony (Photo courtesy of live.drjays.com).

It will either go down as “dyno-mite” or disastrous.

Hollywood, known for adapting television shows into movies is doing the same with a “Good Times” film, based on the iconic 1970s sitcom, that focused on financial struggles and social issues with comedy and wit.

The sitcom centered on a poor African American family struggling to keep their head above water in a Chicago housing project.

Jimmie Walker’s character J.J. became iconic with his catchphrase “dyno-mite” and his father James (John Amos) also became iconic for being a strong Black father despite his economic struggles.

Fans still love the characters from “Good Times” such as Florida (Esther Rolle), Penny (Janet Jackson) and Willona (Ja’net DuBois), but will they love Hollywood’s adaptation of such an iconic and historic sitcom?

“I wish that the film would have started from when they moved to the duplex on the north side and the success of Keith playing football, Thelma becoming a mother, Michael in law school, (and) their neighbor (Willona) and her daughter (Penny) moving ahead,” said Monica Hart of Los Angeles.  “It would have been nice to see the movie discuss the challenges of the economy and the state of our economy once they moved and also tackle the social issues of the time.  It would have been good to see how the family, after all their challenges moved up and ahead.  I have mixed feelings on the movie as it seems it’s moving backwards instead of moving forward.”

Lee Jones of Alexandria, La. wishes that the film was set in the modern era and dealt with the social issues that are currently confronting our country from economic inequality, discrimination and conditions in inner city neighborhoods.

Nevertheless, Niko Falcone of Houston said, “If the casting and script are good, it will be a success. ‘Good Times’ had a major following back in the day and should do well now if presented properly.”

The casting and storyline will probably make or break the “Good Times” film, but who in Hollywood is ideal to bring such legendary characters to a new generation?

“I weigh in that Janet Jackson should play Willona,” Falcone added.

“They can just about plug in the cast of ‘Everybody Hates Chris’ and have most of the roles covered,” said Jones.  “The only old character to bring back is Thelma (BerNadette Stanis).  Let her play Willona.  They were both fine and Thelma is still fine.  Jimmie Walker is such a sellout now, they should leave him out.”

In addition to Stanis playing Willona, Jamilla Bynog-Burnes of Alexandria, La. casts her vote for Academy Award winner Octavia Spencer (The Help) as Florida, Anthony Anderson as Bookman, Ving Rhames as James, Solange Knowles as Thelma and Bobby J or Donald Glover as Michael.  Bynog-Burnes and Donna Gage of Houston believe Marlon Wayans should play J.J., but Jackie Carter, also of Houston, believes the role should be given to comedian JB Smooth.

The early vote for the character Penny, according to fans, goes to Academy Award nominated actress Quvenzhane’ Wallis (Beasts of the Southern Wild).