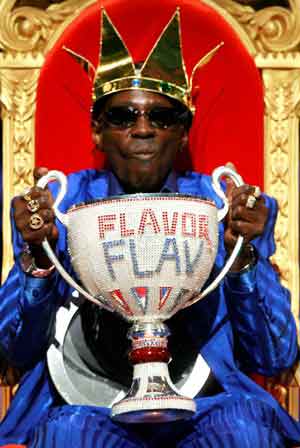 Reality Television Shows: What is the Real Effect?

By John B. Landers

Come on, admit it.  How many times have you gone channel surfing only to end up watching one of these programs?  If only to satisfy your curiosity, and see what all the fuss is about, you settle in to watch, all the while you’re kicking yourself as you partake in the latest such classless rubbish.  In the eyes of many critics, Black and White, most of the present day reality television shows follow the same formula as many Black televisions shows beginning with Amos and Andy in the early 1950s.

In the overwhelming majority of these reality television shows, Blacks are often portrayed as monolithic, simple-minded, calculating criminals.  In most instances, there is an obvious lack of intelligence or the ability to think critically.  Besides butchering the English language, they are completely devoid of any semblance of morals and compassion; and, they lacked the cultural traditions or significance.

One thing you could count on is that they are very good at singing, have excellent rhythm, can run fast while bouncing a ball.  Some of the reality television shows targeted toward African Americans have included: Being Bobby Brown, VH1’s Flavor of Love, Real Chance at Love, College Hill and Frankie and Neffe.

Debuting in 2005, Being Bobby Brown was billed as a “documentary-style production on the private lives of  R&B star Bobby Brown and his wife Whitney Houston.”  The show seemed to embody all of the stereotypical attributes mentioned earlier, even taking some elements to a new level.  This was obviously a family unit that was dysfunctional for the entire world to see.  The show jettisoned this famous couple to the front of the pack as a laughing stock around the globe.

One of the most controversial reality television shows was Flavor of Love which started its first season in 2005.  The show featured rapper Flavor Flav, of the music group Public Enemy, who spent three (profitable) seasons looking for love.  There was Flavor Flav in all his glory, his gold grill, a gigantic clock hanging from a gold chain around his neck and the rainbow color outfits, which included a signature top hat and cane.  Then there were the women, mostly Black, but also White, Latino and Asian females.  The women, for the most part, were loud, loose and sassy.  One critic, who was obviously a fan of the show, wrote that “young girls watching the show will be able to relate to at least one of Flav’s potential love interest.”

Another one of the dating-related reality television shows, Real Chance at Love, revolved around two brothers, named Real and Chance, who were searching for their own love interests. The theme operated along the same lines as Flavor of Love.  The actual and the contrive situations were fairly predictable.

College Hill is one of the reality television shows that is produced by Black Entertainment Television (BET) and Tracey Edmonds.  It revolves around the lives of nine to 10 college students who live together for a semester while attending historically Black colleges.  It shows various dynamics of young Black adults all living together which include petty arguments, individual struggles and giving back to the community.

Frankie & Neffe, is the show based on the lives of the mother and sister of singer Keyshia Cole.  Her successful show (in terms of ratings), The Way It Is, was not renewed for a second season.  So someone saw fit to spin-off a show for Keyshia’s mom and big sister.  For those of you who are not familiar with their backgrounds, Frankie, Keyshia’s mother, is trying to get her life back together after spending three years in jail for drug use.

Neffe is the single mother of five kids and is desperately trying to mend her relationship with her mother.  As was the case in Keyshia’s show, the two will continue to play off of their dysfunctional relationship to bring in the ratings.  Frankie & Neffe made its debut on BET in August 2009.  In an interview with the Atlanta Constitution, James Dubose, the show’s executive producer said: “This will show their growth and independence in their personal lives.”

Not all the Black reality television shows are full of the negative stereotypes.  Run’s House, is based on the family of Reverend RUN, of the ground-breaking rap group RUN-DMC. The reverend is the brother of music mogul Russell Simmons.  The show won a 2008 NAACP Image Award winner for Outstanding Reality Series.  There seems to be a concerted effort to portray a fairly functional Black family with a loving father and mother who nurture and provide for their family.  The show actually has many positive attributes.

There is also the reality television show featuring former NFL star Deion and his wife Pilar Sanders, Deion & Pilar Sanders: Prime Time Love.  Deion explains his show like this: “We’re doing this, really, to substantiate the claim that there are many African American families that live properly and (are) not necessarily argumentative, in disarray and total chaos.”  This is indeed a twist from the usual plot.

Although the latter two reality television shows make a sincere effort to bring positive energy to this media, the fact is that the audience is watching people and families with lifestyles and challenges vastly different from their own lives.  For example, Reverend Run drives his young children to school in a Rolls Royce.  Deion and Pillar resides in a 40,000 square foot home on 112 acres of land.

When the stars of many of these reality television shows speak about their productions, the standard line seems to go something like this: “I created the show because I want to help other people so they won’t have to go down the same road and make the same mistakes I did.” While there may be a small element of truth to the statement, you rarely hear them mentioned the fact that it’s an avenue to market their brand and a way to rake in a lot of money.  That brings us to the facts about television reality shows and television in general: There is an overwhelming amount of data that has proven that watching too much television has negative consequences.

Initiative Media North America reports that African Americans watched almost 22 hours more television per week than other households in the United States.  A Yale University study, one of hundreds conducted, suggested that Black kids, from family with incomes of more than $75,000 per year, were less likely to succeed academically due to watching more TV than White students in comparable households.

The evidence continues to mount regarding the direct connection between watching television and the level of violence among African American kids and young adults.  Columbia University Medical School conducted a 17-year study that concluded that males who watched “significant” amounts of television increased the probability of violent behavior 16 to 116 percent.  In this study, “significant” was defined as an hour or more each day. Black children watch more than five hours of television, on average, each day.

The health consequences of sitting and watching too much TV is also apparent.  The Center for Disease Prevention and Control reports that watching a lot of television could lead to problems with obesity.

With the reams of reliable data on the effects of television, the question is not if the focus of many of reality television shows targeted toward Black viewers is harmful.  The evidence clearly backs that assertion.  The more appropriate question may be why that continues to be the case when the destructive capacity of television has been proven over and over.  Someone once told me that many words and phrases that we take for granted are usually coded and have deeper levels of meaning and are only understood by a few, or the initiated.  He took the word “television,” and broke it down for me. This is what he got:

So what vision is the reality television shows our kids are watching telling them?

Landers is a contributing writer for Regal Black Men’s Magazine.