Is Diversity in Television Important to Oprah, OWN? 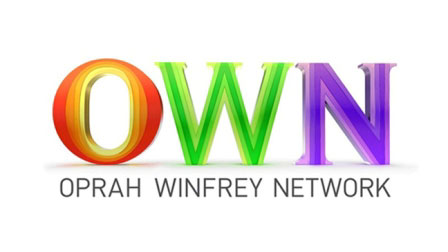 OWN has been criticized for a lack of diversity in television

How Diverse are BET, TV One OWN Network?

Move over Rachael Ray and Dr. Oz, there are two more joining Oprah Winfrey’s table: ambush cook Kristina Kuzmic-Crocco and adventure-seeker Zach Anner will make their TV host debuts this month, after winning Winfrey’s competition “Your OWN Show: Oprah’s Search for the Next TV Star” in March of this year.

It is one of more than a handful of shows Winfrey has launched on her nearly one-year-old cable network OWN (a  50/50 ownership between Discovery Health and Harpo), which has struggled to find its voice along with the viewership—target demographic for the network (women 18-54) has decreased 4 percent–which Winfrey even saw on her broadcast talk show. Critics cite programming and lack of ethnic diversity as the source of OWN’s shaky start.

In an interview with NPR’s Michel Martin, Sheila Johnson, co-founder of BET cable network, suggested Winfrey widen her pool of talent to include more diversity in television.

“We love the Dr. Phils. We love the Suze Ormans. Let’s open up,” says Johnson. “There’s also African American experts out there that I think she should start bringing on her show that can reach even a wider audience.”

Advice Winfrey has recently heeded with upcoming shows that feature African American celebrities such as supermodel Beverly Johnson, who will premiere a reality show, “Beverly’s Full House” that documents her rocky relationship with daughter and model on OWN in February 2012.

In addition, OWN launched a reality show tracking an African American matriarch and her family running a soul food restaurant in St. Louis called “Welcome to Sweetie Pie’s” that averages 388,000 viewers since its premiere in October. And “Our America with Lisa Ling” maintained its popularity averaging 405,000 total viewers. Both shows have been picked up for a second season and exhibit some diverse offerings on OWN.

“The audience is finding and responding to these programs, and the ratings continue to build, which is a great testament to both shows,” Erik Logan, co-president of OWN told Broadcasting & Cable magazine.

However, Wendy Todd, entertainment blogger who penned the blog, “Why Isn’t the Oprah Winfrey Network More Diverse?” in The Huffington Post,  believes OWN needs to exhibit more diversity in television on a network spearheaded by a Black woman.

“Its fine [to watch] ‘Sweetie Pie’s’ cooking up ribs, but we need more,” Todd tells Regal Magazine. “OWN has a prime opportunity to deliver a new idea, and Oprah Winfrey as an African American woman in a position of power should want to provide programming that is reflective of her community.”

Todd highlights BET’s surge in ratings when they introduced original programming last year that featured a predominately African American cast. “The Game” drew 7.7 million viewers to BET during the premiere of its fourth season in January, making it the most watched telecast in the network’s history, prompting the network to produce more scripted shows such as “Let’s Stay Together” and recently released sitcom “Reed Between the Lines” starring Malcolm-Jamal Warner and Tracee Ellis Ross.

BET is slowly transitioning away from the all-music-videos-all-the-time network and attempting to foster the niche by adding more variety programming, which was in place when Bob and Sheila Johnson owned the network in the early ‘80s. During the 1990s, the network produced shows that made you not only dance (“Video Soul”), but also laugh (“Frank’s Place”) and think (“BET News” and “Conversations with Ed Gordon”).

What remains the same between Johnson-owned BET and Viacom-owned BET—which bought the network in 2000 for $3 billion—is no effort to look beyond the African American viewer and appeal to other races.

“It’s called Black Entertainment Television. I don’t have an issue with them only featuring Black talent on a Black network,” emphasizes Todd, founder and writer of Cocoa Popps blog. “It’s important for African Americans to create their own opportunities. It’s not a matter of discrimination, its coming from a place of empowerment. “

A place Cathy Hughes is all too familiar with; parlaying Radio One—the largest African American owned and operated radio broadcaster in the US—into a joint venture with TV One cable network and Comcast that launched in 2004. Today TV One is seen in 60 million homes and features syndicated shows (e.g. “A Different World”, “Living Single”), reality shows (“LisaRaye: The Real McCoy”), social commentary (“Washington Watch”) and music biographies (“Unsung”).

“One of the reasons I like ‘Unsung’ is because it’s a history lesson,” says Ayanna Guyhto, entertainment contributor for Yahoo and Examiner.  “The [show] usually gets into parts of a story you never hear about, it’s deeper than the ‘True Hollywood Story’.”

Yet, BET and TV One share the same formula for not embracing other ethnicities on the networks. But, Todd argues the lack of diversity on BET and TV One is different compared to OWN.

“It’s clear that TV One and BET are Black channels. If you’re a White student and want to go to a Black college, OK, but it remains a Black college.” says Todd. “They were created out of a need. OWN has a prime opportunity to do something refreshing and unique.”

Christina Norman, OWN’s ousted CEO, told The Daily Beast in January that the network’s objective is to include everyone.

“Our job is to reflect the entire audience that is a part of the world vision Oprah has, and that includes Blacks, Whites, men, women and everyone,” says Norman. “One show and one network cannot do it all.”

“I think different types of nationalities is something we need to see,” say Guyhto. “There are people of different backgrounds, with different roles. If you look at a segment of society you will see Asian, White, and Middle Eastern. [Networks] need to represent what you see; it’s the truest way to get your message across.”