Do We Have Too Many Black TV Channels? 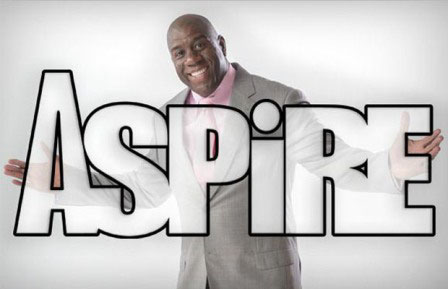 Multiple Black TV Channels: Too Much of Good Thing?

Since television existed, Blacks have been frustrated with not seeing enough of us on TV.

Networks felt that there wasn’t enough content about Blacks to have a multitude of Black shows.

Many decades later and tired of complaining about no Black shows on TV or lack thereof, Blacks have decided to get together and not only produce their own shows, but to get their own networks.

Something that at one point seemed impossible to do is now being done! For those of you who are reading this and have missed this news flash, Blacks now own several networks.

As of today there are plenty of Black TV channels that exist; BET and Centric (owned by Viacom), TV One, Bounce, Africa Channel, and Aspire, which is owned by Magic Johnson.

“I don’t think we are spreading ourselves too thin I just believe we have too many irrelevant shows or too many that represent us in such a bad light,” states Myles. “I really like Centric and even TV One sometimes. It’s time we have different options so we can introduce diversity in our entertainment so we can be laughed with and not laughed at.”

That is an interesting point, with all of the reality shows about Blacks on VH1 and Bravo, many Blacks feel these shows set us back and are full of buffoonery.

On the other hand these shows are getting high ratings and these networks are making top dollars. Will it be OK if these Black TV channels have these types of reality shows?

“I do think scripted shows would be better, but we have to be bold enough to show a good show and stick to it and not sell out for a quick buck,” continues Myles. “Shonda Rhimes is one of the best writers in America period, but she will not touch us as a whole because we won’t support non-coonery. So we have to be dedicated to making these scripted shows good. The only people getting scripted shows in our community are Tyler Perry and Cedric the Entertainer and even he’s on TV Land.”

If done correctly, Black TV channels should be able to bring these types of shows back and also take us to another level. But is that the plan?

“African Americans know that I am the best in class, and know that I’m going to bring (the) best in class to them,” says Magic Johnson. “I will stick with family programming.”

This was refreshing to hear and as I did my research on Aspire TV, I found that Johnson plans to have young Black filmmakers showcase their work on his channel, original shows in addition to old favorites such as “Julia” and “The Bill Cosby Show,” inspirational shows, and news.

Also on Bounce TV, they have shows specifically geared for our teens that teach them about animals, careers and other countries in an interesting format. This is a wonderful start for Black TV channels.

“If we do not tell our own stories about our own experiences, we can’t wait on some Jewish guy in a big chair to green light our stuff,” states Warnessa, who is a writer. “We must make our own and embrace every part of the Black image, and I hope this is the goal of Black TV (channels).

“I might want to get ratchet with BET one day and on to Roland Martin the next day.  It’s good that I have a choice. The multiple channels of Black TV networks, do state that we as Blacks are not one dimensional. In my opinion I honestly feel we have more content than Whites. I don’t think the problem is that we have too many channels; the problem comes in to play when these channels start showing the same content. If all of these channels, which I haven’t seen, start to confirm that all Blacks are the same, then it becomes a problem.”

As I went through the schedule of shows on different Black TV channels, I did notice a few played the same shows a lot; “Soul Train” and Bill Cosby’s shows (“Fat Albert,” “The Cosby Show,” and “The Bill Cosby Show”). That could begin to be a problem if all the Black TV channels play reruns of five shows.

“Then this is a great time to hire Black writers, directors, and eventually new Black actors and get new content on Black TV (channels),” says a smiling Sheriah. “We want to see ourselves doing drama, comedy, suspense, and actions. Shows that I liked were ‘Friends,’ ‘ER,’ ‘Beverly Hills 90210,’ and ‘7th Heaven;’ I would love to see Blacks in these types of shows.

“(Latinos) have a multitude of Spanish stations and ever since television went completely digital, I’ve noticed I have many new stations of Spanish and Oriental TV. I welcome the addition of Black TV (channels) and I want to see them do well.”

It seems everybody wants to see Black TV channels do not only well, but great!

People are excited to see what is going to become of Black TV channels, and are thankful for the individuals who decided to take matters in their own hands.