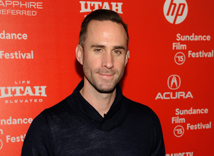 The controversy that erupted after actor Joseph Fiennes was cast as Michael Jackson in “Urban Myths” led to the cancellation of the “Elizabeth, Michael & Marlon” episode (Photo Credit: Chris Pizzello/Invision/AP, File).

“I’m so incredibly offended by it, as I’m sure plenty of people are as well, and it honestly makes me want to vomit,” said Michael Jackson’s only daughter, Paris Jackson.

Paris tweeted the aforementioned statement in reaction to White actor Joseph Fiennes portraying the “King of Pop” in the television show “Urban Myths.”

According to USA Today, “‘Urban Myths’ takes a ‘slightly tongue in cheek, mischievous—and deliberately and ambiguous—look at what might have happened’ in famous stories of celebrity folklore.  Fiennes, famous for his starring role in ‘Shakespeare in Love’ will appear in an episode entitled “Elizabeth, Michael & Marlon,’ depicting Elizabeth Taylor, Michael Jackson and Marlon Brando fleeing post-9/11 New York to Boston in a rental car together, ‘reflecting on their lives, loves, careers and egos as they go.’”

Not only are people upset about the casting of Fiennes as Jackson, many are just as upset with the flippant way in which three American icons are portrayed and the fact that Sept. 11 is injected into the storyline.

“Unfortunately this is what my family has to deal with,” Michael’s nephew and Tito Jackson’s son, Taj Jackson tweeted to journalist Soledad O’Brien.  “No words could express the blatant disrespect.”

Michael reportedly struggled with a skin color disorder called vitiligo throughout his life.  This is why casting Fiennes offends so many people.

Paris stated that her father “made it a point…plenty of times to express pride in his roots.”

O’Brien stated, “I woke up feeling like it’s going to be a beautiful day and then I remembered this is someone’s idea of Michael Jackson” with an accompanying screenshot of Fiennes as Jackson.

However, RegalMag.com’s idea of Jackson is one of a humanitarian who gave millions of dollars to African-American causes.

Jackson donated his entire earnings from The Jacksons’ 1984 “Victory Tour” to the United Negro College Fund.

The former lead singer of the Jackson 5 also co-wrote “We are the World” with fellow Motown Records alum Lionel Richie, raising money for famine relief in Ethiopia.

The fact that his efforts to help the African-American community often are ignored should also offend his family and friends.

Due to the controversy, Variety Magazine reported today that the Michael Jackson episode has been canceled.