Fans of TV One’s ‘Unsung’ Give Suggestions for Next Season 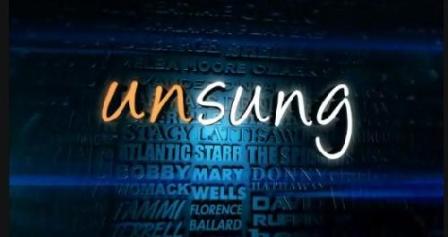 “Unsung” gives talented musicians of the past, the recognition they so richly deserve (Photo Credit: TV One)

There are very few untold stories Kevin Goins, a 30-year veteran of music reporting and radio broadcasting, hasn’t stored in his encyclopedic brain of soul and R&B artists.

But he came across a surprisingly new revelation about his teen idol, 1970s funk and R&B singer Billy Preston watching TV One’s “Unsung,” a documentary series showcasing the biographies of influential yet underreported R&B and gospel artists from the 1970s, 1980s and 1990s.

“What I was surprised [by] was the fact that (Preston) was in the closet,” recalled Goins of the “Unsung” episode. “He brought sunshine to soul music. [It was] feel good music and it came down at a time when God knows we needed it; Vietnam [War] was winding down, Watergate and Nixon-tricky Dicky was in the news. Preston’s ‘Outta Space’ was cheery stuff and we needed it.”

While Preston’s unique keyboard style and upbeat tune including “Will it Go Round in Circles” and fan favorite ballad “You Are So Beautiful” took center stage, behind the curtain was “a genius with all the baggage,” revealed Keith Richards of The Rolling Stones on TV One’s “Unsung.”

“I use to spin his records when I was a DJ,” remembered Rochester, N.Y. native Goins, who penned “The Kevin Goins Music Journal” blog. “I never knew he had so much turmoil.”

Brooklyn, N.Y.-based music lover Arlene Arrington also didn’t learn that soul singer and one half of the Motown power duo Tammi Terrell (the other half was the unconquerable Marvin Gaye) had several brain operations before her death in 1970 until she watched TV One’s “Unsung.”

“I knew she died young, but didn’t know she had brain cancer,” admitted Arrington. “And that she had four or five operations.”

These eye-opening disclosures may seem all too familiar a sight for frequent viewers of VH1’s “Behind the Music,” a show where access to a celebrity’s dark room of skeletons is as expected as them giving you a tour of their car collection on MTV’s “Cribs.”

So, how does TV One’s “Unsung” stand apart?

“How I boil it down is back in 2001 what made ‘Behind the Music’ is it did hit on a lot of people, especially after they would pass away,” explained Goins, author of Examiner article, “TV-One’s ‘Unsung’ Salutes R&B Legends.”

“But then ‘Behind the Music’ became a platform to promote whatever (the musical artists) were doing now and it became all too commercial. Whereas ‘Unsung,’ they don’t have anything to promote. [The show] is just simply documenting that person’s story for future generations.”

The show capped off its sixth season this spring with Mr. My, My, My MY-MY-MY Johnny Gill.

And while TV One’s “Unsung” has yet to roll out the all star lineup of “uncompromised, unrecognized, unparalleled” artists for the seventh season, fans have a few ideas of who should be featured.

“Lisa Lisa and Cult Jam,” offered Brooklynite Ricardo Garay. “Specifically Lisa Lisa because she kind of started the Latin sensation movement; she set the foreground for the freestyle break dance beats like ‘Wonder If I Can Take You Home.’”

Garay believes Lisa Lisa was a groundbreaker for freestyle Latin pop music, but receives little recognition for it.

“She paved the way for artists like J. Lo (Jennifer Lopez),” declared Garay. “And whenever you look back, Lisa doesn’t get the credit she deserves…Paula Abdul gets a lot of credit [however].”

“I would like to see people we use to follow in the ‘70s like [funk/soul band] The Commodores,” shared Arrington. “And The Brothers Johnson; two brothers who use to do a lot of background [vocal] work for Quincy Jones, then Jones produced the group’s album and had the song ‘Get the Funk Out Ma Face.’”

Arrington recalled how both brothers played guitar and how the trio broke up in 1982.

“In 2002 they had a reunion tour,” she revealed. “But I’d still like to know what happened to them.”

Delaware native Chris Stevens would like to know what became of seven musical artists that made his wish list to appear on TV One’s “Unsung,” on his website. Producers take note, Stevens wants the spotlight on 1970s acts like The SOS Band, Cameo and the girl group The Emotions.

“Charlie Wilson and the Gap Band; Uncle Charlie probably deserves an ‘Unsung’ himself, but we can’t forget the group he and his brothers started in Tulsa, Oklahoma,” wrote Stevens. “Having great success in the ‘80s with great songs like ‘Burn Rubber,’ ‘You Dropped a Bomb on Me,’ ‘Early in the Morning’ and ‘Outstanding.’”

As anxious as fans are to push R&B giants into the show’s limelight, one famed songstress is shunning it.

In 2012, 1980s R&B artist Stephanie Mills told The Huffington Post she was approached by TV One’s “Unsung” and has refused to appear.

“I don’t feel unsung,” the “Never Knew Love like This Before” singer told Huffington Post. “I feel like I’ve had a wonderful career. I’ve done wonderful things and met so many wonderful different people. So I don’t feel like I’m unsung at all.”

Jubba Seyyid, TV One’s director of programming and production, told The Urban Daily “Unsung” is about looking beyond the literal message and exhibiting talent and stories that would likely not be exposed.

“It’s that we’re telling the stories of these artists whose stories have never been told,” Sayyid told Urban Daily. “It’s not necessarily just about artists who are traditionally, by definition, ‘unsung.’ It’s really about telling these stories because you’re not going to get them in any other venue.”

And the search for these artists varies from suggestions on TV One’s “Unsung” website by fans, to producers of the show, but ultimately the choice lies with TV One revealed co-executive producer Mark Rowland to Creative Loafing magazine.

“Ultimately TV One chooses, but we definitely have sort of endless back and forth conversation with them about it. I put a list together and the producers come in with their suggestions; and I’ll talk to my counterpart at TV One, and he usually has a whole list—and I would say 80 percent of our names tend to be the same names.

“But then sometimes they’ll say: ‘Well, we really want this artist.’ And if they say that then we go after them—because it is TV One’s show.”

And in some cases the show is the final chance for Soul and R&B music lovers to hear the musical history behind the artists whose lyrics now only echo from their memory banks and not so much their record players.

“If there is one group [I would like TV One’s ‘Unsung’ to cover] it’s The Five Stairsteps,” shared Goins. “[The Chicago soul group of five siblings dubbed The First Family of Soul] broke ground on teen songs because of the lyrical nature and subject matter. Like the song ‘Danger She’s a Stranger’ still resonates today.

“That’s a story so rich, it deserves to be told,” declared Goins. “[The Five Stairsteps] still have four remaining members. [TV One’s ‘Unsung’] needs to get to them before their gone,” he added wistfully.