10 TV Programs That Deserve Your Attention This Summer, Fall 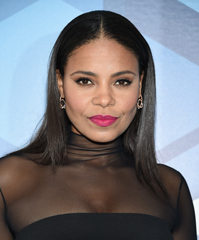 At the 2016 Academy Awards, host Chris Rock stated that all Black actors wanted was the same opportunity that everyone else has, nothing more, nothing less.

While films may leave much to be desired in the area of diversity, TV programs have realized the financial potential of shows with Black talent.

The trend of more Black and brown faces on TV programs will continue throughout the summer and fall of 2016.  However, some fall shows will premiere midseason.

Therefore, RegalMag.com has accumulated a list of TV programs that deserve your support.

“Uncle Buck” (ABC)—Based on the 1989 comedy, Mike Epps stars as a man taking care of his brother’s kids.  Would you want Day-Day taking care of your kids?  That was a rhetorical question because we already know your answer.

“Marlon” (NBC)—Who doesn’t love Marlon Wayans?  He’s one of the coolest and most humble cats in Hollywood and deserves his continued success.  In “Marlon,” the comedian stars as an Internet superstar trying to co-parent with his ex-wife.  Also stars Essence Atkins.  “Marlon” premieres midseason.

“Prison Break” (Fox)—The popular show “Prison Break” is back to answer some lingering questions like is Michael Scofield (Wentworth Miller) really dead?  Viewers thought he died in 2009, but he might actually still be alive.

“Shots Fired” (Fox)—It seems that every star from “The Best Man” film franchise has their own show, so it is about time Sanaa Lathan got the same treatment as her male counterparts.  In this midseason show, Lathan stars as an investigator called in by the Department of Justice to examine a racial incident in Tennessee.

“Still Star-Crossed” (ABC)—Shonda Rhimes has gotten so big that they should consider naming a day after her like Varnell Hill (Tommy Davidson) on “Martin.”  This “Romeo and Juliet” tale follows the story of the Capulets and the Montagues after the death of the original star-crossed lovers.

“Training Day” (CBS)—“Training Day” is a classic.  Denzel Washington killed his role as Alonzo, winning the Academy Award.  So, Justin Cornwell and Bill Paxton have their work cut out for them in the story about a by-the-book police officer (Cornwell) partnered with a crooked cop (Paxton).

“Frequency” (CW)—Mekhi Phifer stars in this film remake about a detective who discovers she can talk to her dead father via a ham radio.  The two detectives team up to solve cold cases.

“24: Legacy” (Fox)—Corey Hawkins (“Straight Outta Compton”) has parlayed his award-winning performance (Hollywood Breakout Ensemble Award) as Dr. Dre into a dream role on Fox’s “24: Legacy.”  This version 0f “24” will follow the same format as the hit starring Kiefer Sutherland, but will only feature 12 episodes according to TVGuide.com.

“Taken” (NBC)—No one can compare to Liam Neeson in the film franchise “Taken,” but Clive Standen will attempt to play the younger CIA agent Bryan Mills in the prequel to the hit movies.  Gaius Charles (“Friday Night Lights” and “Takers”) also stars in “Taken.”