Marlon Wayans: Family’s Purpose is to Make ALL People Laugh 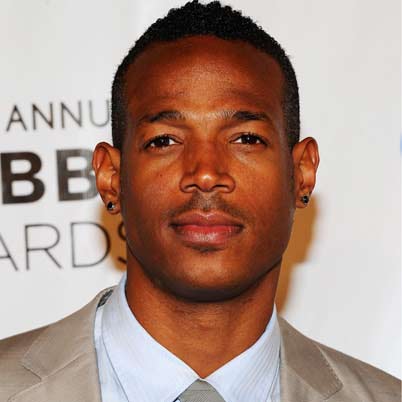 When one thinks of entertainment families, the surnames Jackson, Baldwin and Wayans usually pop up first in the minds of many Americans.

Some families are just blessed with so much talent that one knows that they have a purpose on Earth, and in the case of the Wayans family that purpose is simple: to make people laugh.

“Dude, I’m not going to change lives, but I will change moods,” Marlon Wayans told Regal Magazine on a recent trip to Houston to promote his latest flick A Haunted House.

Like the Jackson family before them, generations of Americans can remember growing up to the family’s hilarious antics on “In Living Color.”

What distinguished the Wayans and Jackson families from other family acts was their ability to appeal to audiences both Black and White, as well as young and old.

“When I do movies, I try to do them colorless, man,” Marlon Wayans said.  “When I approach comedy, I approach it colorless because the more you make it relatable to just every audience, the better your movies will be received.  You can’t just do Black humor.  You have to do humor.  Humor has no color.”

His older brother Keenen gave him the best advice when he was making a name for himself in the entertainment business and it still resonates with him today.  Keenen taught him, “You don’t do a joke for an audience of one.”  The same jokes that he uses at a stand-up gig in Philadelphia, for instance, should get the same response overseas if it is told correctly.

And in A Haunted House, which opens today nationwide, Marlon Wayans hopes to have broad success across demographic lines like he has had with such comedy classics as White Chicks and the Scary Movie franchise.

Throughout the years of grinding on the stand-up circuit, to sitcoms to films, Marlon Wayans knows what will come across as hilarious to moviegoers and what will not go over well with certain groups.

“At a point, it’s just muscle memory,” Wayans said of his comedic knowledge.

Since childhood he has studied the craft and because of his family ties, he has the best teachers and critics that anyone can have in the comedic game.

Wayans can remember Keenen playing comedies for him and his siblings on a VCR, and at the conclusion of the film asking them what they would have done to make it funnier.

Even to this day, Marlon Wayans can receive a standing ovation at a comedy club, but still has to listen to a critique of his performance by his brother Shawn, who still finds ways for him to improve on his craft.

Although Marlon Wayans hates to admit it, he often acknowledges that his brother’s criticism is correct and he constantly learns from all of them no matter how popular he becomes in Hollywood.  And with such a legendary comedic family, who could fault him for still being a sponge around his talented family.

“My comedy comes from my family,” Marlon Wayans said.  “My mom is hilarious.  My dad is silly.  My aunties and uncles are funny.  I have three sisters that’s not in the industry; they’re all hilarious.  It’s just our family.”

And even though his family has been accused of nepotism in the past, they make each other earn success.  Celebrity and fame is not simply a birthright in the Wayans family.

Marlon Wayans’ first big film role came courtesy of older brother Damon in Mo’ Money.  Damon initially wanted Kadeem Hardison for the role of Seymour, but Hardison turned down the role.  When Wayans expressed interest in the role, Damon allowed him to audition, but warned him he had to be funny because Claude Brooks had just “killed” his audition.

When Marlon Wayans received his audition he did not disappoint, writing his own material to supplement Damon’s screenplay.

That same tough love has been passed down to the “Second Generation Wayans,” who have their own BET show that will debut next week.  The family is always there to support each other (Marlon is a producer for the show), but each member has to earn their fame and fortune.

“You do earn it,” Marlon Wayans said.  “Damien and Craig (Wayans) did Dance Flick.  Damien directed several of Damon’s shows.  Craig wrote with us on Scary Movie and several other projects…When you see their show, it’s not my flavor in terms of what you expect from me (but) it’s really good and it’s funny.  But it’s not that in your face humor.”

What is in your face and obvious is the love that the family has for each other.  Although they are each other’s biggest critics, they are also each other’s biggest supporters.  And despite occasionally having conflict with each other like all families, Wayans could not imagine enjoying working with anyone as much as his family.

“We are literally in love with each other,” Wayans told Regal Magazine about the family bond.

And moviegoers are in love with the Wayans family as well.  Wayans hinted that fans should expect a sequel to White Chicks from him and his brother Shawn within the next five years.  They will possibly fund the film themselves, continuing to give fans that dose of humor that they need to escape reality.

After all, that is the reason Marlon Wayans believes God put them on this Earth.

“It’s a gift.  Like really, I can’t explain.  I bet Michael Jordan can’t explain how he can hit so many last minute jump shots…It’s just something the Lord blessed you with,” said Wayans.

And moviegoers can only hope that this talented family continues to bless us with their universal brand of humor much like they have been doing for well over 25 years.