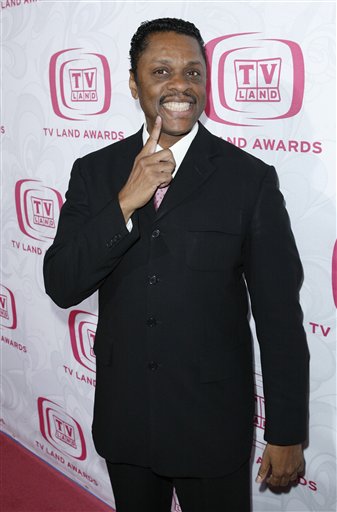 Lawrence-Hilton Jacobs has gone on to portray memorable characters in “Welcome Back, Kotter” and “The Jacksons: An American Dream,” but he will always be remembered as Cochise from “Cooley High” (Photo Credit: AP Photo/Gus Ruelas).

Long after the conveyor belt of names reaches the theater’s black screen, moviegoers have already decided on their favorite characters. And while some may fade away from the memory bank like ink on a ticket stub, there are famous movie characters that carry on to new generations.

Regal zooms in on three such notable figures in Black cinema: Cochise (Lawrence-Hilton Jacobs) from “Cooley High,” Ricky (Morris Chestnut) in “Boyz n the Hood,” and “Do the Right Thing’s” Radio Raheem (Bill Nunn)—whose interweaving portrayals of urban life in three overlooked communities are the connecting dots to an unforgettable pattern of untapped promise.

“They were all just good kids with good thoughts, good intentions. They didn’t deserve to die. They all had good hearts. It’s sad that it’s the good ones that are caught in that situation,” said Preezy, 26, who chose not to release his last name, about the three famous movie characters.

He noted each of them were capable of fulfilling the blueprint they sketched for their lives, but fatal encounters intercepted those plans.

“Cochise [was] about to go to college—first one in his family. Ricky was about to go to college. Radio Raheem had a big presence in the community. They were good-hearted, good examples of when the good ones die young,” recalled Preezy, who penned “10 Deaths from Urban Movies We’re Still Not Over” for the Smoking Section website.

Strip away the movie titles and famous movie characters, and Preezy’s comments could very easily be sandwiched into a daily news story about another senseless youth killing in Chicago, Brooklyn, N.Y. or Compton, Calif.

The three films’ authentic approach to capturing inner-city struggles is what makes its impact so profoundly heartbreaking.

Over a decade later the movies’ messages still resonate and grip the heartstrings of film fans.

However, if being forced to choose which famous movie character’s (Cochise, Ricky or Radio Raheem) death had the biggest influence on you, who would it be?

“Definitely Cochise,” offered Rocky Seker, film curator and writer for the Black Cinema at Large blog, “For one, every young lady had a crush on Cochise seeing that film. Through the years a lot of women were attracted to Cochise.”

This was likely due to the famous movie character’s flawless skills on the b-ball court and skills off it with the ladies.

What makes his accidental murder so traumatic was that he was severely beaten by a group of guys who mistakenly assumed he snitched on them to police, and banged his head on a steel beam resulting in him being brain dead.

“We got to learn Cochise’s character more in-depth. A lot of [the characters in the movie] were relatable; that’s what I loved about ‘Cooley High,’” recalled Seker of Oakland, Calif., who admitted to always watching the movie about two teen best friends growing up in Chicago when it airs on TV.

“The way he died, it was so accidental, [whereas with] Ricky [from “Boyz n the Hood,” his death] is more intentional and Radio Raheem’s [murder was part of an] environment of violence,” explained Seker on her choice.  “You can tell the guys responsible [for Cochise’s death] were shaken up as well. Things like that weren’t supposed to happen.”

To make the somber setting even more gut-wrenching was the eerily melancholy background music of G.C. Cameron’s “It’s So Hard to Say Goodbye to Yesterday.” Seker cited that combination as a tearjerker for moviegoers.

“It just grabs everybody and makes everyone cry. The soundtrack behind it, made it even harder,” she added.

She wasn’t the only one sobbing into a tub of popcorn. Tim Gordon, 50, film critic and host of “Keeping it Reel,” recalled the emotional trigger the famous movie character’s death had on him as a teenager.

“I remember being 12 or 13 when that movie came out. People were bawling in the theater, I mean crying when that dude died,” reminisced Gordon, who admitted to also shedding tears.

“It felt like a waste of potential—of what his life could have been, the adventures he could have had. The death was shocking, but the song was like oh my God—it still gets me emotional.”

Beyond the shocking murder, Gordon believes the movie’s impact is still as powerful now re-watching it on TV as it was in the theater.

“‘Cooley High’” works just as much now as it was on the big screen. Now that I lived a little more, (I have) appreciation for scenes when Preach (Glynn Turman) is writing poetry and his friends are trying to clown him. He’s saying I want to be someone,” revealed Gordon of Washington, D.C. “It makes you appreciate the theme.”

A close cousin to “Cooley High’s” coming-of-age in the ‘hood genre is “Boyz n the Hood,” which also revolves around guy friends growing up together in the ghetto, plotting to reach a new plateau.

Paul Hood, 40, film critic and screenwriter, listed the movie as one of the best portrayals of the Black experience in America (also highlighting “Do the Right Thing” and “Cooley High”) in a 2010 Examiner article.

He wrote, “What made ‘Boyz n the Hood’ stand out was its ability to infuse issues of gang violence, fatherhood, and above all, a message of hope amongst the dark realities that each character in the film faced.”

Hood told Regal he was most affected by the movie’s most ill fated character, football star Ricky, who was gunned down in a gang drive-by shooting. However, he admitted to relating more to another famous movie character in the movie.

“Cuba Gooding Jr.’s character (Tre), when he’s breaking down [in front of his girlfriend], I could feel the frustration of him asking, ‘why are we killing each other,’” remembered Hood, of Harrisburg, Pa.

“I ask myself that now when reading about another young, Black male being shot. I think we need to grow with each other instead of killing each other.”

It’s a choice “Do the Right Thing’s” Radio Raheem made into a fashion statement with his four finger name plate rings with one hand emblazoned LOVE and the other HATE to showcase his life philosophy.

The accessories were most powerfully shown when the LOVE ring lay visibly beside the famous movie character’s lifeless body soon after succumbing to a police officer’s fatal chokehold.

The imagery left a lasting imprint on then 8-year-old Preezy’s mind and he remains influenced by the famous movie character’s murder.

Now that the freelance writer is older, he can relate even more to the movie’s message because he’s witnessed similar real life scenarios play out.

“As I grow older I see stuff in the world, in society and the movie sheds light on real life stuff people don’t take into account,” recounted Preezy. “I was raised in Brooklyn and in between Philly, I remember those hot summers (where) I’ve seen cops wrongfully shoot people from a distance. [The famous movie character’s death in ‘Do the Right Thing’ has a] more powerful impact on the grand scheme of things.”

As an urban dweller, Preezy recognizes how easily societal tensions—played out in “Do the Right Thing”—can escalate like the soaring temperatures on a summer day in real life.

“The moments in these films, you can pinpoint moments in films and it relates to what you went through in your life. It resonates with you; when you lose close friends…it’s life imitating art. Like it’s…summer, I’m in Brooklyn, in the same ‘hood as ‘Do the Right Thing’ was shot. It’s something that could possibly happen. Hopefully nothing like [in the movie] will happen.”

Hood believes it already has.

“The whole [Donald] Sterling thing was similar to the situation that happens in Spike Lee’s ‘Do the Right Thing.’ It’s like Sal’s Pizzeria, with no pictures of Black men on the walls. [His feelings were] I’ve probably had famous jazz musicians in my shop, but I won’t hang up pictures of them. Donald Sterling gives millions to Black basketball players, but won’t take pictures with any of them,” offered Hood.

It’s the urban-based points of relevancy that connect famous movie characters in “Boyz n the Hood,” “Do the Right Thing” and “Cooley High” to younger generations to enlighten.

“It’s this continuing violence in city areas. We see it in Florida, like with Trayvon Martin; we still see this narrative; saw it in ‘Fruitvale Station’ as well. It continues the relevance of loss of life.”

In Massood’s 2003 book “Black City Cinema: African-American Urban Experiences in Film,” she analyzed the role urban life has on Black film and its famous movie characters.

She told Regal, “Do the Right Thing” still stands the test of time because it captures the racial tension rising in a neighborhood with different races living close to one another, and the economic disparity between them.

Based on that assessment she couldn’t envision any other setting for the movie and its most tragic character, whose death stuck with her the most.

“With Raheem, he’s very much coded as a product of the environment. He wears the Bed-Stuy T-shirt, he’s this big, in-your-face accepted part of the neighborhood,” said Massood about the movie, listed as one of “100 Greatest American Films of All Time” by the American Film Institute.

“He’s a good example of a [famous movie] character that dies tragically [because he’s] the symbolic character of the neighborhood; that’s his place, once he becomes so loud, he has to be beaten down.”

Abdul Ali, 29, of Washington D.C. views each of these doomed famous movie characters as Greek chorus members that affected him in different ways.

“Radio Raheem represents Black noise. His death echoes a larger death, the death of Black expression,” said Ali, poet and teacher. “Ricky from ‘Boyz n the Hood’ gets caught up in the crossfire, which depicted L.A. gang life. The film was critical in showing America what life was like for Black people on the margins growing up in L.A.”

Whereas John Cornish III, 53, could identify with “Cooley High’s” message of a bonded brotherhood having grown up in the ‘60s and ‘70s.

“Everyone had these cliques,” remembered Cornish. “Everyone had a Cochise, a popular athlete and Preach, someone that talks about philosophical things. [The movie] accurately portrayed real-life friendships.”

Making it all the more poignant when unforeseen violence rips them apart, like with famous movie character Cochise, which Cornish is still impacted by despite watching the classic film several times.

“It’s Cochise because he got killed for all the wrong reasons,” declared Cornish. “As a Black man, the fact is that you could get caught up in the wrong place at the wrong time.”