Regal Mag Celebrates Most Memorable VMA Moments of All Time 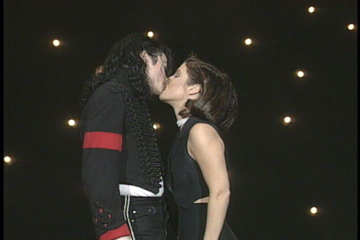 In the entertainment industry, if you are not “there” you have not arrived.

The biggest “there” annually is the MTV Video Music Awards (VMAS) and annually there is a huge pop culture moment from Michael Jackson getting to first base with his new bride Lisa Marie Presley to Madonna scoring a homerun “and losing her virginity” to the VMA stage performing “Like a Virgin.”

In honor of the award ceremony, which takes place Aug. 28 at Madison Square Garden in New York at 9 P.M. EST, RegalMag.com profiles some of the most memorable VMA moments from the past.

·         In 1997, Foo Fighters guitarist Pat Smear announced that he was leaving the band halfway through their performance and then introduced his replacement, Franz Stahl.

·         At the 2001 VMAs, Britney Spears did an epic “I’m a Slave 4 U” performance while dancing in a cage with a live tiger and soon after wrapping a python around her neck.

·         In 2010, Lady Gaga's gown required 50 pounds of meat. Gaga dubbed it “the most comfortable dress of the night” and had told the designer the dress smelled good.

·         N’Sync reunited at the MTV Video Music Awards 2013, the same year Justin Timberlake was honored with the Video Vanguard Award.

·         Madonna has won more Moonmen than Michael Jackson. In fact, Michael Jackson doesn’t even make it in the top 10 of artists who have won the most VMAs with the top three being Madonna with 20, Beyoncé with 15 and Peter Gabriel in third with 13.

·         Best Artist Website and Ringtone of the Year are just two forgotten categories that you can no longer win Moonmen for.

·         Kanye West was not the only person to interrupt a winner on stage. The first incident happened at the 1994 VMAs when Beastie Boys’ Adam Yauch interrupted R.E.M.’s Acceptance Speech for Breakthrough Video.

·         Justin Bieber became the youngest person to win a VMA for “Baby” in 2010. Before him the honor belonged to Avril Lavigne who won for Best New Artist in a Video in 2002