Kim, Kanye Shouldn’t Be Only Ones Having Fun with Baby Names 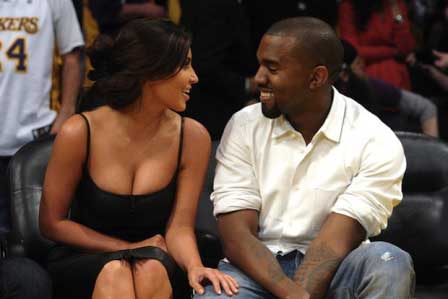 Regal Magazine prides itself on class, sophistication and morality.  We shy away from all profanity.  So forgive me for asking this question this way, but WTF were Kanye West and Kim Kardashian thinking when they named their daughter?

On a positive note, the power couple knows how to keep their names in the spotlight.

Furthermore, it had me thinking of how creative I could get with the names of my future children.  What about Black Smith or even Lock Smith?

The great thing about “ignorant” names is that they are unisex.  What’s even greater is that Kim and Kanye aren’t the only ones that can get creative with first and last names.  So why should they have all of the fun?

I invited some of my high school and college friends to get creative with names for their future “youngins” and I got a lot of gems in return.

My friend from high school, Deidra Shepherd, is now “contemplating” naming her next child German Shepherd.  Just imagine the marketing opportunities that child would receive if it played a gladiator sport like football, boxing or mixed martial arts.

Jeremy Rhodes, a friend of mine from middle school and high school, came up with several possibilities: Dusty Rhodes, Sandy Rhodes and my favorite of the bunch Paved Rhodes.

Another childhood friend, Jennifer Rainey, even got creative with the middle name.  What do you all think of Wendy Ann (windy and) Rainey?  She would be the perfect meteorologist one day.

Childhood friend Allison Page also gave a few “suggestions” for the name of her future child: Yellow Page and White Page might come off as racist to some, so she decided on Blank Page.  I love Blank Page, but if the child is not that bright, he/she could be the brunt of jokes on the school playground for years to come.

I am ashamed to admit that one of my all-time favorites came from my fraternity brother’s wife, Angela Thomas-Daniels, because people might think I actually drink adult beverages.

Nevertheless, she is “considering” the name Jack Daniels for her future son.  Although I do not drink, I just might toast to that!