Getting to Know the Real Darrin Dewitt Henson 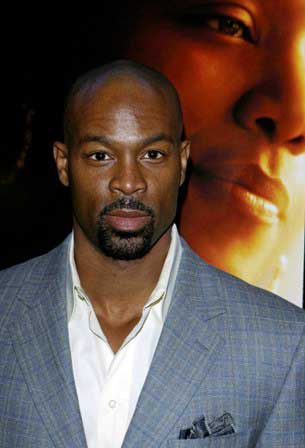 Passion, Will and Desire

If you think you know actor Darrin Dewitt Henson, think again because you are probably wrong.

Although he does have the artistic talents of the stepper in “Stomp the Yard,” his personality is more like the legendary Jim Brown, who he portrayed in “The Express,” because he is just as passionate about the Black community as he is about his art.

While many thespians only seek fortune and fame through their art, Darrin Dewitt Henson also seeks power, community and ownership.  His style is equally Denzel Washington and Paul Robeson, actor and activist.

“We have to stop allowing people who don’t look like us to represent us,” he told Regal Magazine.  “We must take responsibility for our visuals.”

And the message behind his newest film, “Black Coffee” written and directed by Chicago native Mark Harris fits his style and mantra perfectly.

“Black Coffee” is in the same vein as a string of Black romantic comedies like “The Best Man Holiday, “Baggage Claim” and “Think Like a Man,” but with a more profound message.  Through this film, Harris is able to impart the value of responsibility, encouraging Black Americans to not blame others for our predicament in life, which includes our socioeconomic and/or relationship status.

Despite selling out in the limited theaters that the film is in, not all movie critics are impressed with the message of Black empowerment and seeking a spiritual oneness between male and female lovers.

On RogerEbert.com, critic Sheila O’Malley wrote: “The agenda here, outside of the positive idea that African Americans need to be employers not employees, is a confused one and seems to be: Men need to be strong and take charge or women will not love them.  But men also need to be vulnerable enough to work to better themselves so that their woman can have the glorious Godly opportunity to be a ‘helpmeet’ to them.”

Upon hearing of this critique of the film, Darrin Dewitt Henson discarded that mentality that some women have about helping one’s mate being insulting or detrimental to women.

Darrin Dewitt Henson believes that in order for relationships to work, couples have to be equally yoked and they have to help each other navigate through life’s journey.  Women with the aforementioned attitude of not needing anybody to help them through life are women with a desire to be alone.

“I don’t believe in relationship, I believe in ‘one-ship,’” Henson said.  “If you do the same thing you did before you failed, you’re gonna do it again.  Your ship is what you sail upon, your travel, your distance together.  So when you relate, you might be doing the same thing over and over again, and then you’re traveling the same distance again and again, which is why your so-called relationship doesn’t work.  I want a ‘one-ship.’”

Not only does he want a “one-ship” with his mate, he wants the Black community to be one when it comes to owning our images in Hollywood, and fans owning up to the reality that Black Americans need to support Black art, not hate on it like so many have done to media moguls like Tyler Perry.

Darrin Dewitt Henson is a big fan of the renaissance of Black dramas on television and romantic films on the big screen, believing that the more times people see Black faces on the television, the more they will demand other Black shows and movies, forcing Hollywood to recognize the power of the Black dollar.

“We were only in sitcoms (in the past) because that’s what they put us in,” he said.  “But when we start writing the shows, when we start producing the shows everything changes now.  We can put ourselves in position of power.  We can make ourselves anchorwomen and anchormen and producers of TV shows.  We can direct those TV shows, have Black actors…When we work ourselves into positions of power, they have to deal with us…You can’t complain about something if you’re not doing something about it.”

One such filmmaker to “Bogart” his way into power, even before Perry, was Spike Lee.  Although he was branded as controversial by mainstream media, the only controversy he was guilty of creating was forcing America to realize that the truth hurts.

“They came after Spike Lee because Spike Lee was growing,” Darrin Dewitt Henson added.  “They tarnished Spike Lee’s reputation.  Why, because the man was speaking the truth.  He was outspoken.”

The New York native added that if no one is at odds with you it is because you are not perceived as a threat.  The minute you start competing with the big boys and attempt to change the status quo is when they are worried about you.

Furthermore, he encourages all other Black creators to keep pushing until Black empowerment in Hollywood is not just a threat, but a fact of life.

He pushes everyone to keep creating and keep doing until we eventually kick a hole in the door and knock the entire door of opposition down in Hollywood.

When asked for three words that describe Henson the man, the actor and author said “passion, will and desire.”  In a nutshell, that is the real Darrin Dewitt Henson.