10 Brick Houses: Most Beautiful Black Women of the 1970s 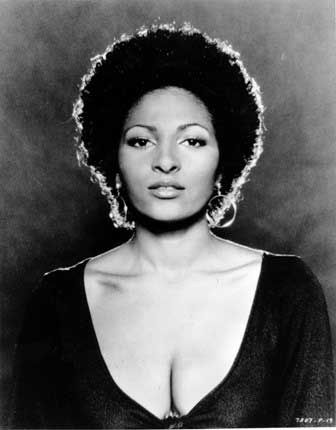 Actress Pam Grier was definitely one of the most beautiful Black women of the 1970s (Photo Credit: AP Photo/FILE).

She’s a Brick House: The Most Beautiful Black Women of the 1970s

Walter “Clyde” Orange of The Commodores verbally expressed what every man in the 1970s wanted in a woman in just a few verses in 1977.

“The clothes she wears, the sexy ways, makes an old man wish for younger days.  She knows she’s built, and knows how to please, sure enough to knock a man to his knees.  She’s a brick house, mighty mighty just letting it all hang out.”

That song was so controversial that the church considered excommunicating Lionel Richie, and many women believed the song was misogynistic.

However, the song was actually written by William King’s wife Anna and it came to epitomize the most beautiful black women of the 1970s.

Although the 1970s was filled with beautiful Black women or “brick houses,” 10 stand out as the foxiest from the 10 years that brought us the afro, afro puffs, platform shoes, disco music and bell bottoms.

10) Diana Ross—Diana Ross simply owned the pop culture throne in the 1970s.  The girl from the projects in Detroit was always the star and the face of The Supremes, but in 1970 she left Mary Wilson and Cindy Birdsong for the solo spotlight she was destined to hold.

Motown’s queen owned the pop charts in the 1970s with classics like “Reach Out and Touch Somebody’s Hand,” “Surrender,” “Touch Me in the Morning,” and “Love Hangover.”

In addition, Ross also dominated the box office with roles in “Mahogany,” “The Wiz” and her Oscar nominated performance in the Billie Holiday biopic “Lady Sings the Blues.”

Since the 1960s, fans and critics alike have been singing this lady’s praise and deservedly so.

9) Irene Cara—The lady born Irene Cara Escalera was destined for stardom from day one it seems.  Although she probably did not have the career longevity that many envisioned, she definitely made her mark on the late 1970s and early 1980s.

The New York native began her career on Broadway as a child, and is one of the few artists to successfully transition from stage, to screen, to record.

Her performance in the title role of the 1976 classic “Sparkle” made her a household name in Hollywood.  She followed that up with groundbreaking performances in “Roots: The Next Generations” and the 1980 classic “Fame.”

Cara reached her zenith by performing and co-writing the theme song to the film “Flash Dance,” entitled “Flash Dance…What a Feeling.”

8) Tamara Dobson—Black folk always knew Cleopatra was Black, but obviously it took Elizabeth Taylor and the rest of Hollywood longer to figure it out.

Although the franchise was not about the Egyptian queen, Tamara Dobson made her point obvious with her roles in “Cleopatra Jones” and “Cleopatra Jones and the Casino of Gold.”  Black women were queens, filled with beauty, strength and intelligence

At 6’2’’ and beautiful, Dobson is recognized by the Guinness Book of World Records as the tallest leading lady in Hollywood’s history.

The former fashion model who appeared in Essence, Vogue and Ebony stood out in an era in which beautiful Black women kicked butt thanks to Blaxploitation films.

Although Dobson did not have the longevity of the Blaxploitation era’s other queen Pam Grier, her influence was of no less importance.

7) Lonette McKee—Thanks to the film “Sparkle,” Lonette McKee has been giving men something that they can feel since 1976.

Throughout the 1970s, she starred in films like “Cuba” and “Which Way is Up.”  She was nominated for a NAACP Image Award for her role in “Women of Brewster Place” and she became a staple in Spike Lee joints after appearing in “Jungle Fever” and “Malcolm X” in the 1990s.

Despite her longevity as an actress, McKee is also an accomplished musician, producing five solo albums, scoring documentaries as well as infomercials.

6) Ja’Net DuBois—It’s obvious that James Evans (John Amos) from “Good Times” was a strong, faithful and devoted husband to Florida (Esther Rolle), but it is easy to imagine him wishing he married Willona instead.

Willona had to be one of the most beautiful Black women in the projects of Chicago, but in real life DuBois was “bad” in every aspect of entertainment.

She began her career on Broadway starring alongside the likes of Sammy Davis, Jr. and Louis Gossett, Jr. in “Golden Boy.”

The entertainer born Jeannette DuBois was the first African American woman to star in a daytime serial show, “Love of Life,” and she even performed the theme song for “The Jeffersons.”

Although she will always be known as the sexy Willona, she stayed active in entertainment with movie roles in “I’m Gonna Git You Sucka” and recurring roles on TV shows like “The P.J.’s” and “The Wayans Bros.”

5) BernNadette Stanis—Hands down, Thelma from “Good Times” was one of the most beautiful Black women of the 1970s.  Actually, she is just as beautiful in 2014 as she was in 1974, when the show debuted.

Stanis is considered by many to be the first Black sex symbol on television.  She embodied the character of Thelma in real life, proving that young Black girls from the ghetto had grace, charm, dreams and intelligence.

The Brooklyn. N.Y. native received a Bachelors degree in Drama from Julliard, and she is still putting that degree to good use, most recently starring in the 2010 film “N-Secure” starring Nephew Tommy from “The Steve Harvey Morning Show.”

4) Lola Falana—Youngsters might not remember the name, but Lola Falana was definitely one of the most beautiful black women of the 1970s.

“The First Lady of Las Vegas” became a household name after starring opposite Sammy Davis, Jr. in “Golden Boy” on Broadway in 1964.  After that breakout role, the woman who slept in subway stations as a teenager never had to struggle again financially, becoming the highest paid Las Vegas entertainer in 1979.

Falana became known in Vegas for her silk white evening gown and her signature tune, “Whatever Lola Wants, Lola Gets.”

3) Jayne Kennedy—Anyone gorgeous enough to have their face insured for $1 million, is definitely worthy of being named one of the most beautiful Black women of the 1970s or any decade.

In 1970, Kennedy became the first Black woman to be named Miss Ohio USA, eventually becoming one of the 10 semifinalists for the Miss USA pageant.

If that was not enough, Kennedy continued to break barriers by becoming one of the first female sportscasters with “The NFL Today” in 1978.

Additionally, she made her mark in acting, appearing on iconic television shows of the 1970s like “That’s My Mama,” “Sanford and Son,” “Kojak” and “Starsky and Hutch.”

Kennedy was so glamorous that even Hugh Hefner had to recognize her beauty, making her the first Black actress to ever appear on the cover of Playboy.

2) Pam Grier—If she is not the most beautiful Black woman of the 1970s, the original “Foxy Brown” was definitely the sexiest.

The queen of the Blaxploitation era is more than meets the eye.  Sure, she became iconic with roles in “Coffy,” “Black Mama, White Mama” and “Sheba, Baby” but she is the epitome of strength and perseverance.

In 1988, Grier was diagnosed with cancer and given 18 months to live.   Over 25 years later, she is still making waves in Hollywood with roles in “The L Word,” “The Man with the Iron Fists” and “Just Wright.”

While many of the beautiful Black women from 1970s films fell by the wayside, Grier has reinvented herself for an entirely new generation of fans.

1) Beverly Johnson—While many 1990s babies remember her as Martin Payne’s seductive elementary schoolteacher Ms. Trinidad in “Martin,” guest roles on sitcoms do not even begin to describe the significance of Regal Magazine’s selection to top the list of beautiful Black women of the 1970s.

After appearing on over 500 magazine covers, Johnson tried her hand at acting scoring roles in “The Meteor Man,” “How to be a Player” and “Tyler Perry’s Good Deeds.”

She also starred in her own reality show on OWN entitled, “Beverly’s Full House.”