What Happened to Social Issues in Music? 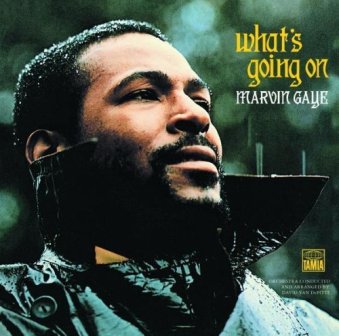 Marvin Gaye’s iconic album “What’s Going On” basically wrote the blueprint on how to combine commercial success with social issues in music (Photo courtesy of soultrain.com).

Is the Message in the Music?

By the 1970s, the United States had been involved in a number of upheavals both on domestic and foreign fronts.

Social issues in music were on the rise because of the carry-over from the turbulent 1960s, which was a decade that bore witness to political assassinations including President John F. Kennedy and Senator Robert F. Kennedy, to the slaying of civil rights activists Medgar Evers, Rev. Martin Luther King, Jr. and Malcolm X.

In addition to domestic strife and social unrest, the country was losing lives in a controversial war for over a decade and popular artists were beginning to address many social issues in music to get the word out about the problems of the nation.

According to About.com’s Mark Edward Nero, “What’s Going On is a firm, yet gentle protest against the Vietnam War and other societal and global ills of the time.”

Another notable musician of that time, James Brown, was often called on to quell unrest in the Black community where years of smoldering rage went unchecked following years of discrimination.

That rage burst into riots following the killing of King in 1968, and Brown infused social issues in his music to instill racial pride with “Say It Loud – I’m Black and I’m Proud.”

As Nero noted, “The title says it all. It is a funky, funky racial pride-and anti-racism-anthem by the Godfather of Soul.”

While these are two examples of songs that infused social issues in music and were commercially successful, that is not always the case as the creative and socially responsive music may be helpful to initiating change, but few actually win awards, draw big audiences or make money.

Current musicians interested in including social issues in music have to first prove themselves commercially.

John Legend, Jay-Z and Kanye West are the more successful music stars who have been able to incorporate social issues in music after achieving mass appeal with more commercial and less controversial songs.

Legend’s “If You Are Out There” debuted at the 2008 Democratic Convention to show how Washington really operates in the midst of the historic election of President Barack Obama.

The R&B crooner was already an established, award-winning artist at the time and effectively used that platform to deliver his message.

Allen Watty’s “Hurricane Song,” which was released in 2005 was not a commercially successful song, but it delivered a scathing message about the government’s poor response in the aftermath of Hurricane Katrina from the perspective of a storm survivor on their rooftop.

Consequently, music can highlight messages of hope and the cries from the downtrodden in any musical genre.

Critics of modern music genres, such as hip-hop, have been noted to debate whether the music format addresses social issues enough.

According to Ken Wilson who wrote, Hip Hop – the Promotion of Violence or a Social Message? it is a matter of perspective and choice.

“An example of rappers who don’t promote violence in their songs would be the French band Manau, who talk in their songs about old Breton habits (“Le tribu de Dana”). Another would be Mook E., from Israel, who preaches peace and tolerance in his songs. Famous rappers such as Grandmaster Flash & the Furious Five or Public Enemy used hip-hop and rap for social purposes, to protest against certain social realities.”

He added: “In the end, it is always a question of perspective. Hip-hop and rap has its admirers and its despisers, like any other kind of music. What makes hip-hop different from other genres of music is the culture that has evolved around it, including break dancing and graffiti. The conclusion is that we should all try to be more tolerant. If you don’t like rap, it’s OK, but don’t believe that all the persons who like it are would-be gangsters and uneducated persons. You might be surprised to learn the truth.”

So, whether you use the celebratory tones from Stevie Wonder’s “Happy Birthday” in celebration of the holiday to honor a slain civil rights leader or sit back and reflect listening to Michael Jackson’s “Man in The Mirror” and how change starts from within, social issues in music continue to entertain and, most importantly, impact positive change.