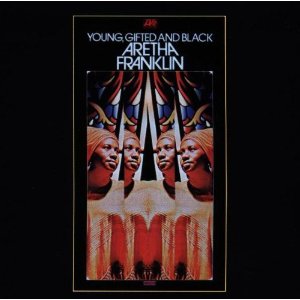 Aretha Franklin’s 1972 cover of Nina Simone’s “(To Be) Young, Gifted and Black” is one of the most inspiring songs in urban music history (Photo courtesy of Atlantic Recording Corporation).

A Change is Gonna Come: Top 10 Inspirational Songs of the Black Movement

Music has been an intricate part of the Black struggle since slavery.

From Negro Spirituals, which were actually codes for the Underground Railroad to songs of Black pride during the Civil Rights movement, Black music has a history of motivating us to better our communities and bringing all races together despite our superficial differences.

With many African Americans distraught over the George Zimmerman not guilty verdict, the movement has begun to change the image of the Black man, end racial profiling and repeal Stand Your Ground laws.

The road to change will be difficult, but Black Americans have traveled down difficult paths before and we have had music to encourage us when our feet got weary.

Here is Regal’s list of top 10 inspirational songs that motivated us throughout our struggle for equality.

10) “5 O’Clock” by Nonchalant—In the 1990s, African American men were at a crossroads.  High incarceration rates, Black-on-Black crime and other criminal activity were claiming the lives of potential lawyers, doctors and engineers.  Complicating matters was the rise of “gangsta” rap, which glorified such criminal behavior.  Nonchalant was one of the young rappers of the 1990s to buck this trend and for that reason her song “5 O’Clock” ranks as number 10 on our top 10 inspirational songs.

Nonchalant raps, “Wella, Mr. Black man, tell me where you’re heading, the last few years, I watched while you were shedding, pounds and pounds on growth of population, soon we won’t be able to have a strong Black nation, a shoot here, a stabbing there nowhere to stop, cause now you’re dying from the dose of the crack rock.”

Although many of these problems still exist for today’s Black man, we have made strides in the right direction from lowering Black-on-Black crime to having a daily representation of the potential of Black men by simply looking at 1600 Pennsylvania Avenue.

9) “Self-Destruction” by The Stop the Violence Movement—In the same vein as Nonchalant’s classic, 1988 saw the release of “Self Destruction” by a collective of East Coast rappers led by KRS-One and the rest of Boogie Down Productions.  Much like the West Coast All-Star’s “We’re All in the Same Gang,” the Stop the Violence Movement consisted of some of the greatest rappers of all time, who got together not to make money but to make a difference in the Black community.  In a sense, it was the “We are the World” for the hip-hop community and for that reason it is number nine on the list of top 10 inspirational songs.  Kool Moe Dee famously rapped, “Back in the 60s our brothers and sisters were hanged, how could you gangbang?  I never ever ran from the Ku Klux Klan and I shouldn’t have to run from a Black man cause that’s self-destruction.”

8) “U Will Know” by Black Men United—If “Self-Destruction” was the “We Are the World” for hip-hop heads, “U Will Know” was the same for the R&B community, and the message was much the same.

Furthermore, any song that has R. Kelly, Boyz II Men and Brian McKnight featured on it is inspiring enough because of the unity that existed amongst the brothers.  For that fact, it is number eight on our list of top 10 inspirational songs.

BMU sang on the hook, “Your dreams ain’t easy, you just stick by your plan, to go from boys to men, you gotta act like a man.  When it gets hard y’all, you just grab what you know, stand up tall, don’t you fall and you will know.”

7) “Say it Loud (I’m Black and I’m Proud)” by James Brown—In 1969, Black America was reeling.  We had survived the assassination of Dr. Martin Luther King, Jr. and the riots that ensued.

Furthermore, Robert F. Kennedy had been killed and the entire country was in turmoil.  The Civil Rights Movement, to some, represented assimilation and acceptance, but to many Black Americans pride and unity was more important than integration.

The Black Power Movement received their unofficial anthem from the hardest working man in show business, James Brown.  Since the song still makes us feel good about our culture, it had to make the list of top 10 inspirational songs.  One verse especially resonates today because of the need for more African Americans to own their own businesses and create opportunities for future generations.

Brown sang, “I’ve worked on jobs with my feet and my hands, but all the work I did was for the other man.  And now we demands a chance to do things for ourselves, we tired of beating our heads against the wall and working for somebody else.”

6) “Can You Feel It” by The Jacksons—The Jackson family is not known for ruffling feathers politically, but they are definitely known for making music with a message that unites people of all backgrounds.

Not surprisingly, the group named their production company Peacock Productions because the bird integrated all colors into a beautiful array of elegance.  The 1980 classic “Can You Feel It” written by Jackie and Michael and featuring Randy and Michael on lead vocals, is number six on Regal’s top 10 inspirational songs.

The “King of Pop” sang, “All the colors of the world should be loving each other wholeheartedly.  Yes it’s alright, take my message to your brother and tell him twice.  Spread the word who tried to teach the man who is hating his brother, when hate won’t do.  Cause we’re all the same, yes the blood inside of me is inside of you.”

This message has never been as apropos as it is now with the country in turmoil after the Zimmerman acquittal.  Despite our differences of opinion, people must remember that we are all the same inside, despite external differences.

5) “Happy Birthday” by Stevie Wonder—Congress was against awarding a national holiday for Dr. Martin Luther King, Jr., so was President Ronald Reagan.  However, Stevie Wonder showed everyone how powerful music can be as a medium for change with his timeless rendition of “Happy Birthday.”

Just like King, the song united Black and White and showed America that heroes come in all shapes, sizes and colors.  Although some states were slow to come around, now Martin Luther King Day is celebrated by all, from coast to coast.  The holiday is the perfect recognition for a man that died to bring all of God’s children together as one.

Wonder sang, “The time is overdue, for people like me and you, who know the way to truth is love and unity to all God’s children.  It should be a great event and the whole day should be spent in full remembrance of those who lived and died for the oneness of all people.”

4) “(To Be) Young, Gifted and Black” by Aretha Franklin—Nina Simone created the artwork, but the “Queen of Soul” perfected the masterpiece.  Franklin’s cover of the Simone classic was perfect for 1972.  In the aftermath of the Civil Rights Movement and in midst of the “Black is beautiful movement” the future might have seemed uncertain for many young African Americans.

However, this song reminded them of the potential they had for greatness, despite the grim realities around them.  Like many of our top 10 inspirational songs, “(To Be) Young, Gifted and Black” never pretended that the journey would be easy, but if we kept moving forward we would reach the Promised Land that Dr. King had spoken of four years earlier.

3) “Black Butterfly” by Deniece Williams—“Niecy” got her start in the music business as a backup singer for Stevie Wonder.  The Gary, Ind. native is now known equally for her gospel hits, as well as her R&B hits.  Although never getting the full recognition she deserved for being one of the top vocalists of all time, her 1984 anthem “Black Butterfly” is definitely one of the top 10 inspirational songs in the history of urban music.

“Black Butterfly” was basically an anthem that encouraged Black youth to spread their wings and reach for the stars.  It also encouraged the older generation to teach their younger counterparts about the struggle for equality for Black America.

Williams sang, “Morning light, silken dream take flight, as the darkness gives way to the dawn, you’ve survived, now your moment has arrived, now your dream has finally been born, black butterfly sail across the waters, tell your sons and daughters what the struggle brings, black butterfly set the skies on fire, rise up even higher, so the ageless winds of time can catch your wings.”

2) “People Get Ready” by Curtis Mayfield and The Impressions—Sometimes the lyrics in a song say it all.  No description is needed to tell you what the song is about, it is just known.  Not only is “People Get Ready” on our list of top 10 inspirational songs, it is one of the deepest songs ever recorded.

The road to equality was not an easy road to walk, but this song motivated many civil rights marchers during the fight for justice in the 1960s.

Curtis Mayfield and The Impressions sang, “So people get ready for the train to Jordan,  picking up passengers coast to coast, faith is the key, open the doors and board ‘em, there’s hope for all among those loved the most.  There ain’t no room for the hopeless sinner, who would hurt all mankind just to save his own.  Have pity on those whose chances grow thinner, for there’s no hiding place against the Kingdom’s throne.”

Our list is complete, but the movement to make changes throughout this country has just begun.  Music has motivated us to fight for change in the past, and these songs can still provide motivation as we continue on with our fight.  Keep fighting.  Never give up because a change is gonna come.  Eventually.