The Top Rappers From Largest Cities 11-20 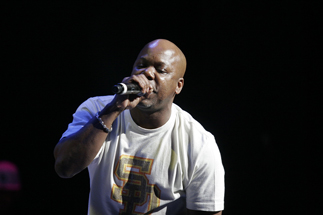 Hip-hop culture is known to be representative of one’s city, neighborhood and environment.

An art form that started in the streets of The Bronx, N.Y. made its way throughout the country and abroad.

Regardless of the different styles of rap popularized by various regions, great lyrical content knows no location, and many cities can make the argument that their city produced the top rappers ever.

From Eminem to J. Cole, RegalMag.com lists the top rappers from the 11th to the 20th largest cities in the country and their surrounding communities.

Austin, Texas (Dowrong)—The capital of Texas is more known for rock music. But Austinites believe if any of its fellow citizens makes it to the mainstream, it is Dowrong.  He makes music in conjunction with producer Eric Dingus, who is also a collaborator with Drake.  Their two singles “Young & Reckless” and “Letter To My Unborn Son” are currently hot-sellers on iTunes.

Jacksonville, Fla. (Keelo G)—Duval County, Fla. stand up.  While Miami is known for the top rappers in Florida like Rick Ross, Trick Daddy and Trina, Jacksonville has some talent that needs some shine too like Keelo G.  The rapper also known as McDuff Shawty has some YouTube hits like “Til the Wheels Fall Off” and “That’s My Dawg.”  His 2012 song “Almost Famous” is still moving units on iTunes.

San Francisco (Too Short)—Oakland is more of a hub for top rappers than San Francisco.  Therefore, Too Short has to represent for the entire Bay Area because he put the area on the map.  He has almost 30 years in the game and has influenced countless other rappers.  His style is more Goldie (Max Julien) from “The Mack” than Big Daddy Kane but that’s because he was “born to mack.”  His “freaky tales” sold millions for decades.

Indianapolis (Mark Battles)—The top rappers of “Nap Town” in the past included such 1990s artists as N.A.P., G-Stak and Jimi Nak.  Now, artists like Devin Golder, Mark Battles and Sirius Black hold the mic down for Indy.  Mark Battles has several albums on his resume like “Before the Deal,” “Numb” and “Black Einstein.”  The tracks “No Love” and “The Truth” are some of his most successful songs.

Columbus, Ohio (Correy Parks)—Ohio hip-hop is known more for Clevelanders like Bone Thugs-n-Harmony, but Columbus has some up-and-coming talent to look out for.  Correy Parks is the perfect artist for these turbulent times.  His EP “The Layover” is filled with socially and politically conscious rhymes, not just mere punch lines and catchy beats.

Fort Worth, Texas (The Union)—This hip-hop collective’s style has been described as “combining the new waves of North Texas and Houston, the group’s sound is usually a mix of banging grit and chilled trill,” according to The Dallas Observer.  The members include T. Clair, Myles J. and Coakley.  Their much-anticipated album #EuroLux was scheduled for a 2014 release.

Charlotte, N.C. (J. Cole)—Charlotte’s rap scene is taking shape, but the top rappers from the state like Petey Pablo (Greenville) and King Mez (Raleigh) come from outside the “Queen City.”  Therefore, if going past the city limits is a necessity, it is absolutely necessary that J. Cole rep for the entire Tar Heel State on this list.  His first three albums are classics as he mixed the commercial with the conscious so effortlessly.  His intellect and talent make him one of the best emcees of the latest generation.  A planned joint album with Kendrick Lamar will just be unfair to the competition.

Detroit (Eminem)—Slim Shady is hands down one of the top rappers of all time and the don dada of Motown emcees.  Dr. Dre’s melanin challenged protégé almost single-handedly built the Aftermath Entertainment empire, also bringing in such talent as 50 Cent and his crew D12.  If “Stan” is not one of the greatest rap songs ever, then what is?

El Paso, Texas (Emcee N.I.C.E.)—Entertainer Emcee N.I.C.E. might not be a household name.  But his list of collaborators is definitely filled with household names.  This producer, writer and vocalist has worked with everyone from 2Pac to Nas. M.C. Lyte, Al B. Sure, K-Ci Hailey from Jodeci and even Dr. Fink from Prince and the Revolution.  His lead vocals can be heard on the soundtrack to the Oscar winning movie “Crash” on a song by the group KansasCali.

Seattle (Sir Mix-A-Lot)—No disrespect to Sir Mix-A-Lot but few have ever listed him on the list of top rappers.  However, hit records are hit records and good business deals are good business deals.  This Seattle emcee mastered both in 1992 with the classic “Baby Got Back.”  Some may not remember that he had multiple hits leading up to that moment like “Beepers” and “Posse on Broadway.”